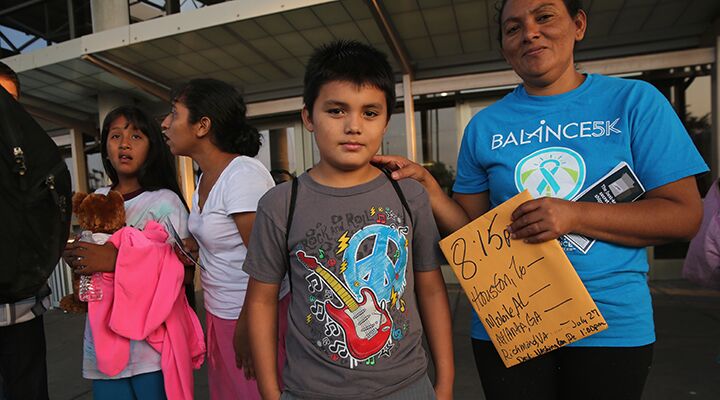 ‘Every immigrant who comes here should be required within five years to learn English or leave the country.’

“Allowing in over 1 million new legal immigrants a year and to a lesser extent tolerating illegal immigration has important implications for preserving a common language,” coauthor of the report, Steven Camarota, said. “For too long, we have given little consideration to whether continuing this level of immigration, mostly legal, hinders the assimilation of immigrants and their children.”

Spanish is the most widely used foreign language. Thirty-eight million residents in the U.S. use Spanish as their preferred first language. This is 12 percent of the population.

An October 4 Congressional debate in California was hosted entirely in Spanish. The representative and his challenger conducted the debate in Spanish in the hopes of winning more of the Latino vote. This shows how much the American culture is being influenced by foreigners who do not assimilate.

44.6 percent of California’s student population speaks Spanish as a first language.
The increase of non-English-speaking residents is also evident in our schools.

This summer, America experienced one of the largest surges in illegal immigrants, especially minors, across the southern border. While a lot of these immigrants speak Spanish, there are many different dialects. The U.S. public school system is straining to find translators.

Schools across the country feel the pressure. Illegal minors shipped to all parts of the country are enrolling in schools. One school reported that among its new students, 21 Spanish dialects were spoken.

English as the preferred spoken language faces increasing opposition in California, Texas, Nevada and New Mexico. Between 31.3 and 44.6 percent of these states’ student populations speak Spanish as their first language.

Whole regions are changing due to the immigration influx. Originally when a person migrated to the United States, he would work to assimilate into American society. Migrants learned English and became “Americanized.” Today, however, migrants are keeping their languages and cultures. The result is a divided society.

As noted in our article “The Trouble With Immigration: Cultural Impact,” language is a key component of culture. The language spoken by immigrants to America is a key factor in their being assimilated into the nation’s culture. The article stated:

One of Abraham Lincoln’s most famous statements—actually quoting Jesus Christ—was that a house, or nation, divided against itself cannot stand. The division America faced in Lincoln’s day involved the lamentable mistreatment of the “strangers” within its gates—something God’s Word expressly forbids. But a century later, the cause for division had become the crusade to preserve immigrants’ cultural uniqueness by not assimilating. And this more recent problem has come to not only threaten American identity—but even to threaten internal peace and stability.

Theodore Roosevelt once said, “Every immigrant who comes here should be required within five years to learn English or leave the country.” He understood the impact immigrants would have on society if they failed to assimilate.

America, and even Britain, is becoming increasingly divided, partly because of massive immigration. Watch Stephen Flurry’s Trumpet Daily “Illegal Immigration and the Transformation of America” to understand how immigration is transforming the American society.