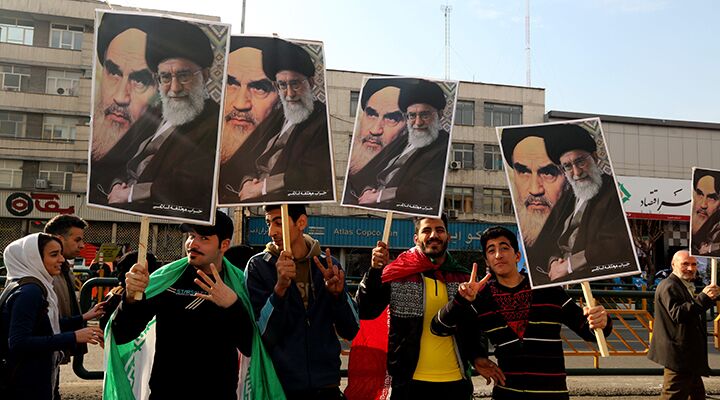 The Islamic Republic has a vital role and ‘important duty’ in an imminent post Anglo-American world.

Many security and geopolitical experts realize that something is changing drastically in our world. Iranian Supreme Leader Ayatollah Khamenei is one of them. At a September 5 meeting with Iran’s Assembly of Experts, Khamenei alerted authorities to the “process of change” in the old order and urged them to prepare Iran for its role in a new world order.

This admonition comes when the United States is running out of strategies to deal with the Islamic State “caliphate” in northern Iraq and Syria, and is scrambling to form a “core coalition” against it.

“The power of the West on their two foundations—values and thoughts and the political and military—have become shaky. We have to understand this,” the Ayatollah observed about the new world order. He continued, Iran’s leaders have to use all of their internal and external capabilities to “prepare ourselves to play a role in this new order.” Some of the capabilities Khamenei gave revolve around the Islamic religion, language, Shiism, influence in Asia and Latin America, science, economics and culture.

On the West’s foundation of values and thoughts, Khamenei lambasted family breakdown, feminism and homosexuality.

Politically and military, Iran’s supreme leader hearkened back to the end of World War ii, which saw the rise of American superiority. He recalled how strong America’s pressure was against any political or military resistance back then, and how the world is increasingly challenging that pressure today.

Khamenei moved on to blame the West for inflaming the ascendancy of jihadist militia including the Islamic State.

On September 7, Iranian Foreign Minister Mohammad Javad Zarif derided the U.S. for lacking a “serious understanding about the threat” posed by the Islamic State, and for taking “no serious action” about it.

Despite the accusations, the rise of the Islamic State (formerly known as the Islamic State of Iraq and Syria, i.e. isis) was fueled largely by Iran back when it was called al Qaeda in Iraq. (Our article “The World’s Newest Most Radical ‘State’” explains that troubling history in detail.) Former U.S. Secretary of State Henry Kissinger said in an interview on September 6 that he considers Iran “a bigger problem than isis.”

That is a drastic change in policy, as Reuters reported on September 2. “Iranians are very realistic people, very patient,” a senior Iraqi official said. “They weigh their national interests very carefully.”

Supporting al Qaeda in Iraq and isis was a carefully weighed strategy by Iran to gain international acceptance. Cooperating politically and militarily with the U.S. is how the Islamic Republic is preparing for a role in the new world order—in which America is no longer the dominant power in the Middle East.

Iran clearly sees that the world is dramatically changing. Former U.S. ambassador to the United Nations, John Bolton, observed on August 6 that “the world is descending into chaos.” The Telegraph’s Ambrose Evans-Pritchard commented on July 25: “In the 30 years or so that I have been writing about world affairs and the international economy, I have never seen a more dangerous confluence of circumstances, or more remarkable complacency.”

Trumpet editor in chief Gerald Flurry discussed how much the world is changing in his Key of David program titled “The World Is Descending Into Chaos (Haggai).” Watch that program to grasp the “new world order” coming upon us, and how God will soon replace it permanently with His Kingdom.