Why it is so important to study the former prophets 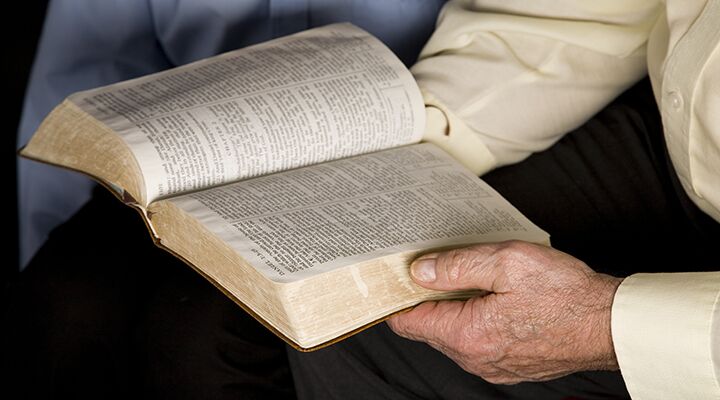 Why it is so important to study the former prophets

How often have we heard that “history repeats itself”? It does—time and time again.

The Old Testament is divided into three main sections: the law, the prophets, and the psalms, or writings (e.g. Luke 24:44). The prophets include what are classified as the “major” and “minor” prophets. There also are the “former prophets,” comprised of the biblical books of Joshua, Judges, 1 and 2 Samuel, and 1 and 2 Kings. These were originally just two books: Joshua-Judges and the Book of Kings. They are all tied together; you need to understand them individually and as one prophetic unit.

These books record a broad sweep of history of the nation of Israel—from the time the Israelites entered the Promised Land under the leadership of Joshua until the two parts of the divided kingdom, Israel and Judah, were conquered and taken into captivity. There is a special message in all the former prophets. They are mostly about history, but they are called formerprophets for a reason. The word former simply means that they are the earlier prophets. These books were written by prophets and are filled with end-time prophecy.

The message in Joshua and Judges is unique: If nations would follow Joshua’s way, then things would go well for them. The nations would have to look to Moses and the law of God. If, on the other hand, our modern nations of Israel chose to live as Israel did during the time of the judges—when “every man did that which was right in his own eyes”—then there would be disaster! The books of Joshua and Judges contain prophecy of how we shall succeed or fail.

The books of Kings and Samuel teach us how to be kings and priests. If people today followed these books, our nations would not be in the terrible condition they are today. These books record how to succeed or fail as God’s nation. They are a strong witness that if a nation goes the same way as ancient Israel, everything will fall apart.

Traditional Christianity says the former prophets contain only history and are of limited value for us today. Such reasoning is ignorant and spiritually dangerous. There is a lot more to these books than just history. The former prophets contain many vital spiritual lessons for us today that we need to understand. These books teach us about leadership. They teach us how to build faith. They give instruction especially pertinent to the ministry.

These books show that if we live the same lifestyles our forefathers did, we will attain virtually the same results—good or bad. History becomes prophecy.
Many authorities call history our most effective teacher. There is a lot of truth to that statement. Napoleon Bonaparte said that if you want to be a great general, you must study the great generals of the past. That is good advice for us spiritually as well. Bible history is the greatest history of all because it’s God’s history. We have to learn about these spiritual warriors of the past. We need to learn about Joshua and Samuel, and about David—who has the greatest, longest biography in the Bible. We should understand why Saul failed even though he had such a great opportunity. We need to know about Elijah and Elisha.

What were these powerful leaders all about? We must learn from our history!

The former prophets contain a lot of direct prophecies—pivotal prophecies that are especially for this end time. The former prophets also give us indirect prophecies. Of course these books record history, but it is history that, in most cases, alsobecomes prophecy. For example, it shows how the state of religion in ancient Israel revealed the state of the nation. So if we have the same or similar religious problems today, this is an indirect prophecy of what is happening in the end-time nations of Israel, which are primarily America and Britain. (If you have not proved this important truth, study our free book The United States and Britain in Prophecy.) These books show that if we live the same lifestyles our forefathers did, we will attain virtually the same results—good or bad. History becomes prophecy. Not all prophecy is history, but a lot of history becomes prophecy. History prophesies the fate of nations—whether they will thrive or collapse!

As long as we reject our history, we will never accept Bible prophecy. That means God must punish us as never before. The instrument God will use is rising quickly in Europe (Isaiah 10:5-7).

British and American leaders have been utterly contemptuous of World War ii history that cost 50 million lives! Our nations will pay dearly for such dangerous contempt of history. But an even worse problem is that our religious leaders have forgotten our spiritual history. They don’t even know that America, Britain and the Jews in the Middle East are all a part of biblical Israel. The Israelites were the only people who ever had a history with God!

“Now all these things happened unto them for ensamples: and they are written for our admonition,upon whom the ends of the world are come” (1 Corinthians 10:11). Israel’s history was recorded for our instruction. The lessons of the former prophets were written for you and me! There is no excuse for people to call them just history.

Ephesians 3:5 says God reveals truth only to His prophets and apostles. Ephesians 2:20 says that this is all “built upon the foundation of the apostles and prophets, Jesus Christ himself being the chief corner stone.” God revealed prophecy only to prophets in the Old Testament. Prophets certainly wrote the books of the former prophets. The writing prophets usually were the most outstanding in the work they did for God. Much of the content in these books is about prophets, and it was all written by prophets. So they are all prophetic history.

What prophets was Christ talking about? Verse 27 says, “And beginning at Moses and all the prophets, he expounded unto them in all the scriptures the things concerning himself.” He went all the way back to the Pentateuch and then the former prophets. Christ was very condemnatory of those people for not understanding what was in these books, including the former prophets. So we had better learn everything we can about these books and everything in the Bible that God leads us to understand. We don’t want Christ calling us fools.

The former prophets are mostly prophetic. They contain spiritual history that is primarily for us today. God inspired these books mainly for our day—just before Jesus Christ’s Second Coming.

We will never understand the lessons God wants to teach us if we don’t study the former prophets. But few people heed God’s warnings. And we are going to pay the ultimate price if we don’t learn these God-inspired lessons!