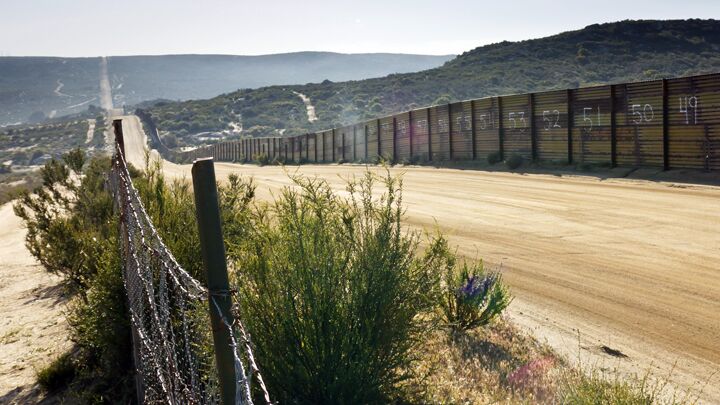 This 2,000-mile-long security breach—and the government’s lenient response to it—is allowing drug cartels and gang members to sneak into the United States in the absence of Border Patrol officers who have been pulled away from their field duties. That’s what Laredo Border Patrol Union spokesman Hector Garza said—and he apparently defied a gag order from the Obama administration in order to do so.

Of the thousands of immigrants from countries other than Mexico who cross the border each year, hundreds slip in from nations that are known state sponsors of terror. One local reporter in Atlanta unearthed federal records from a detention center near Phoenix, Arizona, that documented illegals from nations including Egypt, Iran, Iraq, Pakistan, Afghanistan, Sudan and Yemen.

“We have left the back door to the United States open,” said former Arizona congressman J. D. Hayworth. “We have to understand that there are people who definitely mean to do us harm who have crossed that border.”

A 2006 congressional report confirmed that members of Hezbollah have crossed into the United States via the southwest border. Military jackets had been found near the border bearing the words “martyr … way to eternal life,” as well as images of a plane crashing into the twin towers. According to the report, terrorists travel to South America, learn to speak Spanish, then come across the border, blending in with other illegals. A few known terrorists spotted in places like Atlanta were believed to have entered this way.

A 2006 congressional report confirmed that members of Hezbollah have crossed into the United States via the southwest border.
Robert Mueller, then director of the Federal Bureau of Investigation testified before Congress in 2005: “The fbi has received reports that individuals from countries with known al Qaeda connections have attempted to enter the U.S. illegally using alien smuggling rings and assuming Hispanic appearances.”

Rep. John Culberson, a Texas Republican, questioned Mueller: “My concern is individuals from countries with known connections changing their identities, coming here under a false Hispanic identity or other identity for reasons to hurt the United States because they know that is a point of entry they can get in to the United States without much difficulty.”

The terrorist threat is real, according to Rep. Matt Salmon, an Arizona Republican. “It is a serious threat,” Salmon told World News Group on June 10. “There are many, many reasons for us to keep that border secure.”