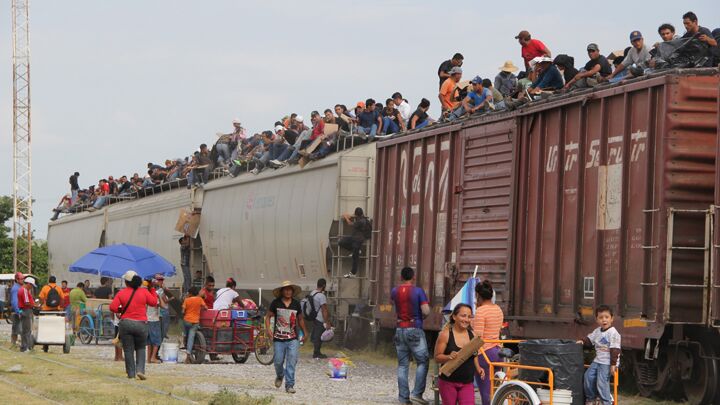 The influx of unaccompanied minors crossing our southern border is primarily coming from Central America. That means that before these illegals get to America’s open border, they have to cross Mexico’s southern border first.

On July 7 the presidents of Mexico and Guatemala held a joint press conference to announce an agreement made that will make it easier for those making the illegal journey to the United States from Central America to cross into Mexico. According to Examiner.com, “The Southern Border Program to Improve Passage, will provide for more border checkpoints along Mexico’s border with Guatemala, and offer more protection and even emergency medical care to those making their way north. The illegal aliens will receive a so-called Regional Visitor’s Card, according to El Universal” (July 9).

Of course, Mexico would never agree to an arrangement that called for immigrants to settle in Mexico City or Monterrey. But it’s quite happy to send the immigrants on through, knowing they will ultimately become America’s problem.

“The official announcement only confirms what many of us have known all along,” the article continued: “The current chaos on the border which the Obama administration has sympathetically (and dishonestly) characterized as a ‘humanitarian crisis,’ only exists due to collusion between the governments of Mexico, Guatemala and likely the United States.”