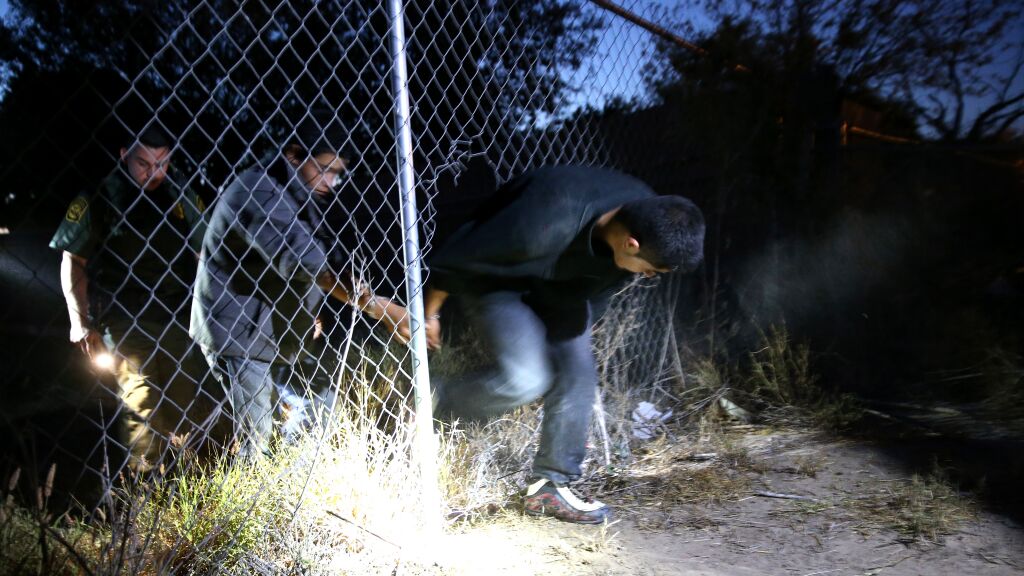 Illegal immigrants continue to pour through the United States’ southern border with Mexico. The 2014 fiscal year began October 1. From that time till May 30, border agents apprehended 39,000 adults with children. Recent figures suggest that 90,000 unaccompanied immigrant minors will sneak through the U.S-Mexico border this year.

Why this large influx of immigrants?

On June 15, 2012, U.S. President Barack Obama signed an executive order, Deferred Action for Childhood Arrivals (daca), allowing illegal immigrants who have lived within America for at least five years to “come out of hiding” and file for work authorization without having to worry about being deported to their home countries: 600,000 illegal immigrants responded.

“The recent surge of children and teenagers from Central America showing up at our southern border is an administration-made disaster,” Rep. Bob Goodlatte said. “Word has gotten out around the world about President Obama’s lax immigration enforcement policies and it has encouraged more individuals to come to the United States illegally, many of whom are children from Central America.”

The huge influx of immigrants has caused one of the biggest humanitarian disasters in recent U.S history. The Department of Homeland Security (dhs) has opened up three military bases to house the immigrants.

The number of minors crossing the American border is the biggest crisis facing the dhs. Figures released by the U.S. Border Patrol show a significant increase of unaccompanied minors coming into the U.S. between 2009 and 2014. For example, in fiscal year 2009, 1,221 minors from El Salvador crossed into America. The 2014 fiscal year to June 15 has had 11,436. During this same period, Honduran minors crossing the border have increased from 968 to 15,027.

From October to June 11, the Border Patrol has apprehended 378 minors under the age of 2. These minors are causing additional trouble for the dhs. Its agents have practically become babysitters as they change diapers and make baby formula to feed these children.

Why so many children? According to Sen. Ted Cruz, “It is a direct consequence of the president’s illegal actions. The parents think, ‘If I send my child [to the U.S.], my child will have amnesty.’ That’s what the president of the U.S. has said ….”

With so many immigrants, especially minors, crossing the borders, detention centers have become overcrowded, providing an ideal environment for diseases. The sheer number of immigrants who must be processed by the system makes it impossible for dhs agents to get them screened medically before placing them in a detention room; this is accelerating the spread of disease among healthy minors.

Chicken pox, Methicillin-resistant Staphylococcus aureus staph infections, scabies, and even rabies and swine flu have spread amongst the overcrowded warehouses. Border Patrol agents are also being infected while trying to look after the minors.

The projected cost to temporarily house and feed the illegal minors has risen to $2 billion this year. The dhs Office of Immigration Statistics estimates that by 2015, illegal unaccompanied minors caught coming into the U.S. will rise to 140,000.

To learn how this huge invasion of immigrants will transform America, watch Stephen Flurry’s Trumpet Daily “Illegal Immigration and the Transformation of America.”