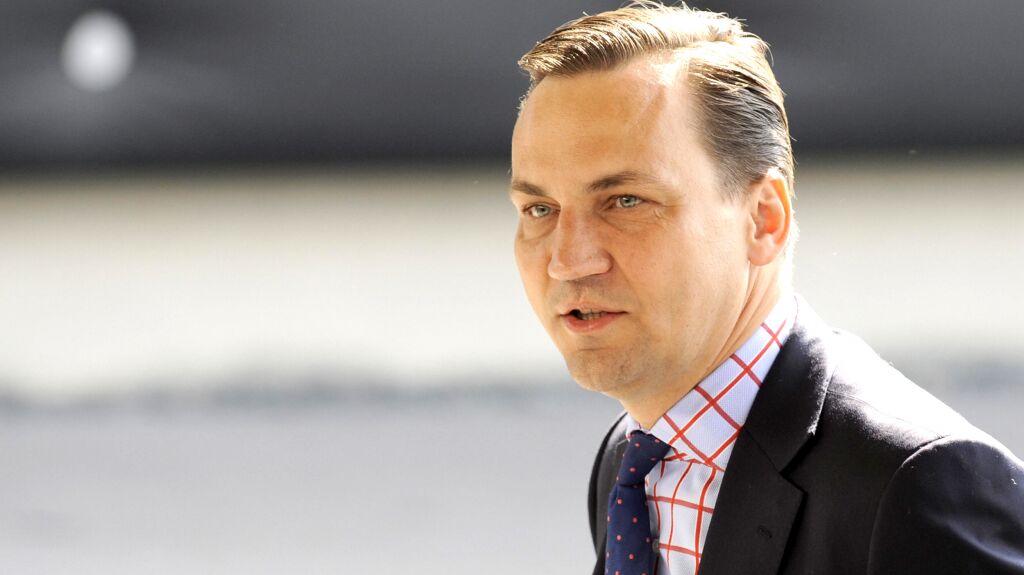 Polish Foreign Minister Radek Sikorski declared that Poland’s alliance with America is “worthless” according to Polish magazine Wprost, which published excerpts of a conversation it claims Sikorski had with former Finance Minister Jacek Rostowski.

“The Polish-American alliance is worthless, even harmful, as it gives Poland a false sense of security,” Sikorski said, according to one of the quotes Wprost published on June 22.

“We are gonna conflict with both Russians and Germans, and we’re going to think that everything is great, because we [prostitute ourselves to America],” Sikorski allegedly said. “Losers. Complete losers.”

If authentic, the recording is a dramatic demonstration of how low America has sunk in the esteem of its allies. From Benghazi to Syria to Ukraine, America’s foreign policy has sent a clear message: The U.S. will not stand up for itself or its allies, and it will not back up its words with action. This conversation, if true, shows that Poland’s leaders have received that message loud and clear. Trusting in America only gives “a false sense of security.” The U.S. says it’s on your side, but when you really need help, it does nothing.

Sikorski was once one of America’s biggest fans in Europe. If these statements are proven true, they show he’s been bitterly disappointed.

This is a trend that Trumpet editor in chief Gerald Flurry addressed in the cover article of the May-June issue of the Trumpet magazine. He wrote:

After they gained their freedom from the Soviet Union, Eastern Europeans trusted in America. Some of those nations became members of nato. Then, they watched as Russia began to get aggressive again. They hoped to receive support from America, defending them from that aggression. But now they see America’s will is broken!Eastern Europe put its hope in America’s missile shield. This was an opportunity for America to demonstrate its commitment to the region and to prove that if push came to shove, Eastern Europe could trust Washington to stand up to Russia. But America stopped that plan to appease the mighty Russian bear. That kind of weakness is now being exploited to the hilt!

Polish Foreign Minister Radoslaw Sikorski used to be a great supporter of America, making Poland a firm and loyal ally. “Before 2011, Sikorski and other leading Polish politicians were frank about their belief that the European Union is merely an economic pact and that only their alliance with the U.S. could guarantee geopolitical security,” political scientist Michal Kuz wrote. “This was the view of other cee [Central and Eastern European] states as well” (National Review Online, Aug. 8, 2012).That view changed after the missile shield didn’t materialize. “After the U.S.’s decision to relocate the missile shield, the Atlanticist rhetoric that used to mark Sikorski’s speeches disappeared from them,” Kuz continued. “In response to U.S. fickleness, he and [Polish Prime Minister Donald] Tusk shifted Poland’s diplomatic tone.”Sikorski himself was transformed from the region’s most prominent transatlanticist to its top lobbyist for European integration. He saw that only German leadership could transform the European economic alliance into something more meaningful and powerful. Sikorski’s most famous speech is probably his November 2011 call for Germany to “lead” Europe. “I will probably be the first Polish foreign minister in history to say so, but here it is,” he announced: “I fear German power less than I am beginning to fear German inactivity.”

In this more private conversation, Sikorski seems more cautious about Germany—seeing the potential for conflict with it as well as Russia. Yet, as his earlier comments show, if Poland can’t rely on America for help, it will be forced to turn to Germany.

U.S. President Barack Obama recently announced that “America has rarely been stronger.” A few months ago Secretary of State John Kerry said that the idea America was retreating from the world “is flat wrong and it is belied by every single fact of what we are doing everywhere in the world.”

“I can’t think of a place in the world that we are retreating, not one,” he said. It’s an astonishing point expressed consistently by the Obama administration, and something Trumpet executive editor Stephen Flurry addressed in a recent Trumpet Daily.

Sikorski’s alleged comments show it is Mr. Obama and Mr. Kerry who are “flat wrong.” America’s allies clearly see what is happening. The niceties of diplomacy mean that they don’t express these views so bluntly in public. But in private, they’re completely fed up with America.

This disappointment cannot help but have a major impact on the world. For more on how this is already changing Europe, read Mr. Flurry’s article “The Crimean Crisis Is Reshaping Europe!”