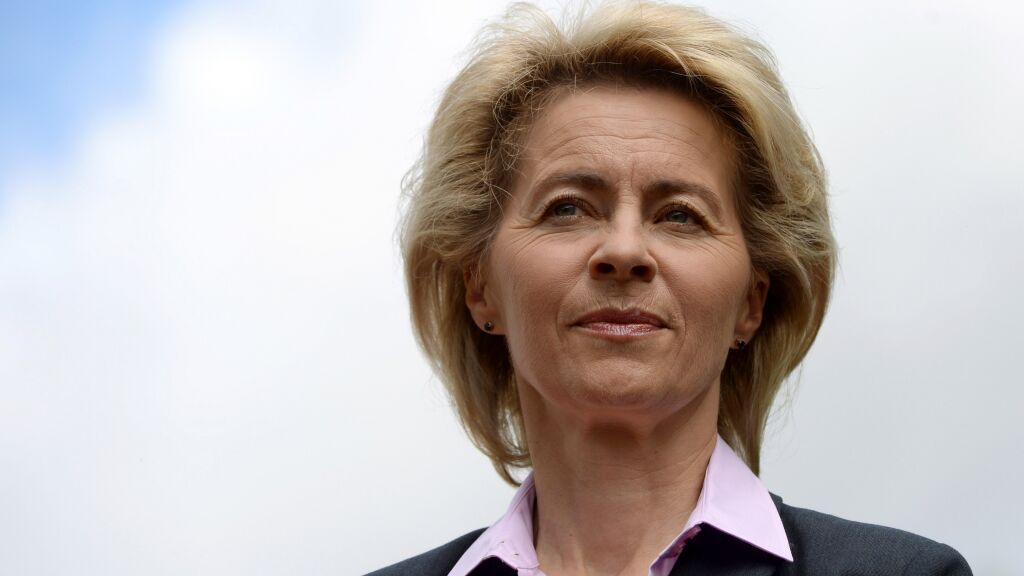 ‘Germany is doomed … to play an increasingly important role.’

During the meeting, Eliasson asked that “Germany invest more senior personnel in headquarters and that perhaps Germany one day lead a military peacekeeping mission under the auspices of the UN,” von der Leyen said in an interview with German public television channel, ard. “The United Nations has great respect for the technical capabilities of Germany, especially in air transport and … the transport and evacuation of casualties.”

“We have key capacities and capabilities which other nations do not have,” she told ard.

Von der Leyen would like Germany to step up to the challenge, saying “possible ways in which to intensify this engagement will now be discussed in the Defense Ministry.”

During the same trip to America—von der Leyen’s first since becoming defense minister—she met with former U.S. Secretary of State Henry Kissinger at a German-American celebratory dinner on June 18. During the panel discussion, the venerable statesman said that “Germany is doomed in some way, to play an increasingly important role.” Discussions about what this role should look like “cannot be avoided,” he said.

Meanwhile, German President Joachim Gauck has continued to make the same point. In an interview with Deutschlandradio Kultur, June 14, Gauck said, “I have the feeling our country should maybe drop the reluctance that was in order in past decades in favor of a stronger sense of responsibility.”

Gauck explained that he did not want “a demeanor of German dominance,” but rather “a ‘yes’ to an active participation in conflict resolution in a bigger framework, together with those who work with us in the European Union and in nato.”

“Sometimes it is necessary to take up arms in order to fight for human rights or for the survival of innocent people,” he said.

Other nations, especially America, have been pushing Germany to play a larger military role in the world for years. This has only intensified as America has tried to reduce its role under President Barack Obama. Earlier this year, von der Leyen and Gauck launched a push to persuade Germans to accept that challenge.

The German people so far are not persuaded. Last month, a poll sponsored by the German Foreign Ministry found that only 37 percent of Germans wanted “greater engagement” on the world scene, while 60 percent wanted “restraint.”

Merkel’s enduring political success is largely due to the fact that she consistently follows public opinion. This is probably why Germany has taken only gradual steps toward a more active role. It has made some significant steps, especially in North Africa, but Merkel is careful not to get too far ahead of public feeling.

However, events currently underway in Iraq hint that this may not continue much longer. The world is volatile, and America is no longer willing to step in and provide the security Europe needs in the Middle East and North Africa. Germany will be forced to fill the vacuum.

For more on this coming change to Germany, read the cover story from the April edition of the Trumpet, “Germany’s Urgent and Dangerous Military Decision.”