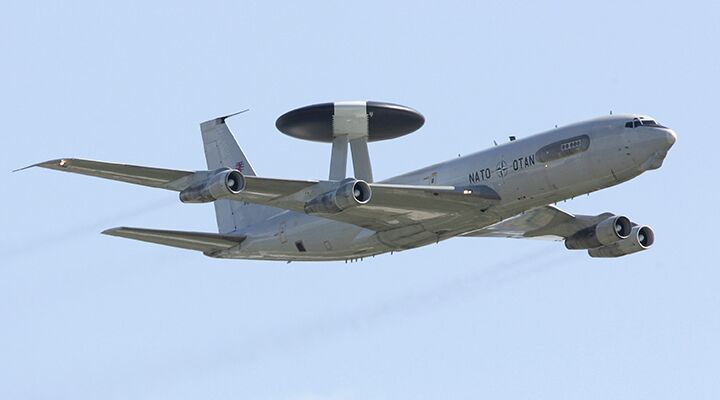 The German government is considering providing military support to Eastern European nato members, Der Spiegel reported on March 29. The German Defense Ministry is planning to provide six reconnaissance aircraft for air surveillance over the Baltic states, and may also provide a lead ship for an already existing nato naval force.

Six reconnaissance planes is hardly an overwhelming response, and it will probably leave Eastern Europe wanting more. However, it is a major step for this typically reluctant military power, and one that has surprised many analysts. Moreover, German opinion polls are clear: the general public do not want any increase in German military activity in response to Russia.

[O]ur partners know that we stand for solidarity in the alliance with no ifs and buts and not just when the weather suits.
German Foreign Minister Frank-Walter Steinmeier
Eastern Europe is turning to Germany for help after Russia’s invasion of Crimea, forcing the nation to come slowly out of its comfort zone. German Finance Minister Wolfgang Schäuble recently noted that his colleagues from the area are “all pretty scared.” German nato Ambassador Martin Erdmann said that many of Germany’s nato allies see Russia’s actions as “a historic turning point and turning point for the Euro-Atlantic security architecture.” He added that these nations were now looking to Germany “in a special way.”

German Foreign Minister Frank-Walter Steinmeier, who is typically more pro-Russian, said that nato must keep a “cool head” and not cause a “spiral of military escalation.” However, he concluded, “At the same time, our partners know that we stand for solidarity in the alliance with no ifs and buts and not just when the weather suits.”

The German Defense Ministry responded to Der Spiegel’s report by saying that any military mission would first have to be approved by Germany’s politicians. A Defense Ministry spokesman said that once that approval was given “the army could take part in flights to patrol airspace with awacs [Airborne early Warning And Control System] machines over Romania and Poland as well as training flights in the framework of a nato air policing mission over Baltic states.”

With the German public firmly against any kind of military confrontation with Russia, Germany has to take small steps. But soon, in a limited way, German troops will be on the front lines of Europe’s defense against Russia. As Eastern Europe increasingly looks to Germany for protection, watch for Germany to step up to the roll. For more information, read “The Crimean Crisis Is Reshaping Europe!” by editor in chief Gerald Flurry in the next print edition of the Trumpet magazine.