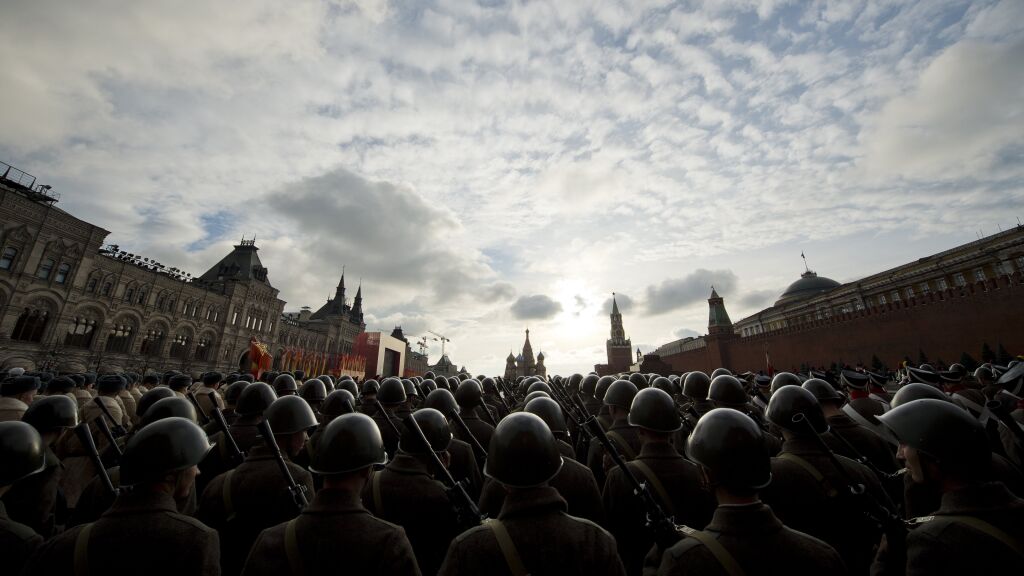 Can any world news analysis—including the Bible—ignore the Russians?

Russia: For centuries, it has been one of the world’s greatest powers. It has reigned as one of the largest and greatest economic, political and military powerhouses on the face of the Earth. And now once again the world fears the Russians.

You can’t accurately analyze world events without accounting for one of the most powerful nations on Earth.

So, does the Bible ignore Russia?

Even many Christians do not realize that the Bible is full of current news and analysis. In fact, one third of the Bible consists of forecasts about politics, economics, international relations and war. Jesus Christ Himself taught extensively about prophecy: news of world events before they happen.

But is the millennia-old Holy Bible able to tell us anything about the 21st-century Russian Federation or the imperialistic domination of this Slavic people and its current president?

It may be hard to believe, but the answer is, yes!

The first prophecy describes “the kings of the east.” In Revelation 9:16 and 16:12, God the Father and Jesus Christ revealed to the Apostle John that these kings will assemble a combined army of “two hundred thousand thousand.” The Bible says this force (almost 100 times larger than the modern active-duty/active-reserve United States military) will go to battle in a massive world war.

This 200 million-man army from the east could come from only one place: Asia, home of the world’s most populous nations. And, when you consider other prophecies as well as world history, it becomes clear that this army will include Russian forces.

The second key prophecy comes from the Old Testament, and it reveals who will lead this largest army in history. It is recorded in Ezekiel 38:2-6.

Son of man, set your face against Gog, the land of Magog, the chief prince of Meshech and Tubal and prophesy against him. And say, Thus saith the Lord God; Behold, I am against thee, O Gog, the chief prince of Meshech and Tubal: And I will turn thee back, and put hooks into thy jaws, and I will bring thee forth, and all thine army, horses and horsemen, all of them clothed with all sorts of armour, even a great company with bucklers and shields, all of them handling swords: Persia, Ethiopia, and Libya with them; all of them with shield and helmet: Gomer, and all his bands; the house of Togarmah of the north quarters, and all his bands: and many people with thee.

Ezekiel prophesies that a leader with the title of Gog, will come from the people of Meshech and Tubal, and will lead a confederate army of many different peoples.

This leader and his people come from the land of Magog, which commentaries generally trace forward to the vast regions of northern Eurasia that extend from the Baltic Sea to the Pacific Ocean.

The Bible describes Meshech and Tubal as populations that inhabit areas proximate to one another. Assyrian inscriptions, Greek histories and other sources show that these peoples’ descendants have been together for centuries.

Beginning with Assyrian records, Meshech appears as Musku, Muski or Mushki, and Tubal as Tabal or Tabali, according to the International Standard Bible Encyclopedia.

Musku relates directly to Moskva, which is the Russian spelling of Moscow—the capital city of Russia.

The name Tubal is also evident in modern Russia. On the eastern side of the Ural Mountains flows the Tobol River, and the city named after it, Tobolsk. Though no longer a prominent city, Tobolsk was once the seat of Russian government over Siberia.

It seems implausible that a book recorded by an ancient author could so clearly identify a people and a nation—and even rivers and cities—2,600 years ago. But at the same time, it would be intellectually dishonest not to investigate Ezekiel’s forecast further, especially when you consider what the Russian president and people are currently doing. For a more detailed look at Russia’s identity, read our article “The Origins of Modern Russia.”

Based on this history and on Bible prophecy, Herbert W. Armstrong and now the Trumpet have forecast for decades that Russia would amass a tremendous amount of power. We are seeing that happen today—and we will see that trend continue.

For more proof on what the Bible says about the rising Russian superpower and its Asian alliance, download our free e-book The Kings of the East.