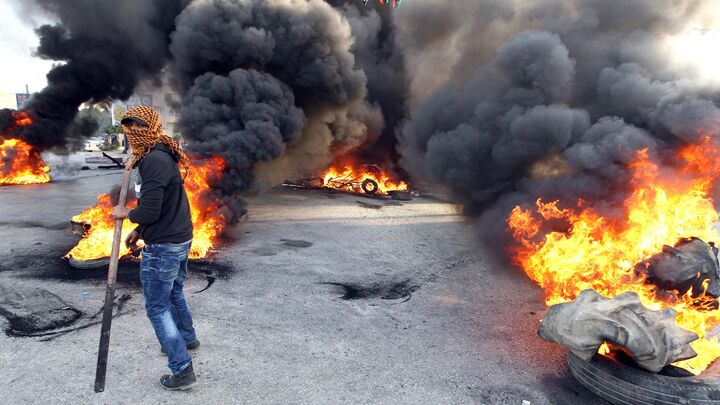 The political tension and violence speak for themselves.

Libya is going to need another prime minister—just as it has five other times since the death of Muammar Qadhafi in 2011. Prime Minister Ahmed Maiteg quit his new job after Libyan courts ruled on June 9 that his parliamentary election into office back in May was illegitimate.

Maiteg was supposed to replace Abdullah al-Thinni, a former defense minister who had only been in power since March 2014. Thinni announced his resignation just one month after taking office, following an armed attack on his family. The pro-Islamic Maiteg was elected prime minister under circumstances so chaotic that Thinni refused to cede power, and instead decamped with his cabinet and part of the parliament to the eastern province of Cyrenaica until a judicial inquiry into the election’s legitimacy could be completed. The remaining Islamist parliament is still based in the capital Tripoli.

From that time until the June 9 ruling and Maiteg’s resignation, Libya had two prime ministers. And it experienced a lot of chaos and violence.

Former Gen. Khalifa Hiftar launched Operation Restore Libyan Dignity last month to stamp out Islamist militias destabilizing the nation. He had lost confidence in the ability of Libya’s weak and divided government to keep a short leash on militant Islamists.

Based in Cyrenaica’s capital, Benghazi, Hiftar began an offensive that has turned the city into a war zone and Libya into an anarchic state on the verge of full-blown civil war. With the support of some units of the Libyan Army and air force, Hiftar has been accused of attempting to overthrow the government.

On June 4, Hiftar narrowly survived a car bomb assassination attempt, which killed four of his security details. Following the incident, the ex-general warned that the terrorists will “pay a dear price.” He vowed, “The retaliation will take place in several cities, and focus on Benghazi.”

According to an article by StrategyPage, “Libya: No Government, Just Chaos,” the disparate and divided Islamist militias in Libya have responded to Hiftar’s offensive by forming alliances with each other to counter him, further escalating the chaos.

All of this has happened within a month.

The Libyan security situation got so bad that on May 27, the U.S. State Department urged all U.S. citizens to depart from Libya. The U.S also deployed the USS Bataan battleship—loaded with helicopters and 1,000 marines—to aid in the event of an emergency evacuation of the U.S. embassy in Tripoli.

Meanwhile, Mohamed Zahawi, the leader of Ansar al Sharia—the al Qaeda-affiliated militia responsible for the attack on the U.S. consulate in Benghazi and Hiftar’s archenemy—issued a warning statement to the United States: “We remind America, if they intervene, of their defeats in Afghanistan, Iraq and Somalia, because they would face in Libya something much worse.” He claimed that “it was America who urged Hifter to turn the country toward war and bloodshed.”

Since the U.S.-led nato strike that toppled Qadhafi, Libya has been rocked by instability and violence. It has experienced multiple terrorist attacks, violent mass demonstrations, loose arms on the streets, assassinations, abductions of politicians and their relatives, chaotic elections and sackings and resignations of high-ranking government officials. The Red Cross has even pulled out of Libya since one of its employees was shot dead on June 4.

The chaos in Libya makes it easy pickings for outside powers, particularly those with vested Islamist aspirations in the region, such as the Islamic Republic of Iran.

Now America and the West have paved the way for another Iranian victory in Libya. We are rejoicing about the overthrow of Libya’s Muammar Qadhafi, while we should be mourning. Libyan chaos is now the ideal setting for Iran to bring that nation into its deadly terrorist web. The government that replaces Qadhafi will be a thousand times worse.

Mr. Flurry wrote that even before Qadhafi was killed. Each of the governments that have emerged since have been mired in crippling chaos. They have all been worse than Qadhafi’s, and the ultimate government that will emerge will prove to be about “a thousand times worse.” The Bible indicates that it will be Islamist, allied with Iran. The facts prove the accuracy of those prophecies, as our booklet Libya and Ethiopia in Prophecy shows.