If you want to understand the dramatic and dangerous changes taking place in the United States today, you need some vital history. 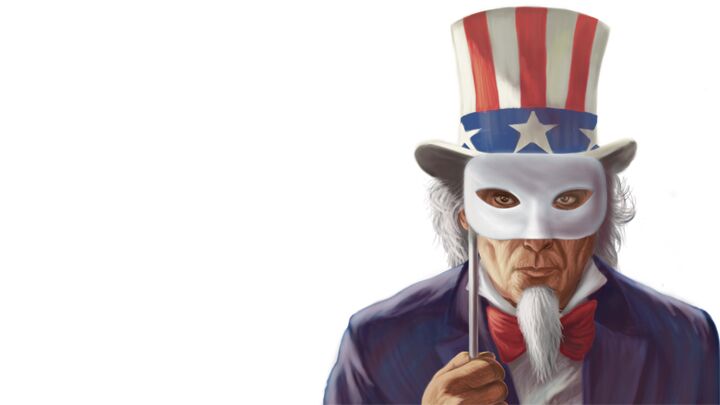 If you want to understand the dramatic and dangerous changes taking place in the United States today, you need some vital history.

America is declining—culturally, economically and militarily. The world’s only superpower is fading, qualitatively, quantifiably and undeniably. Now other powers are rising to take its place.

America has withdrawn from Iraq, drawn down in Afghanistan, backed away from Arabia, backtracked on Syria, detached from Eastern Europe, and given ground to Russia, China, Iran and the European Union.

A lot of people recognize this historic decline. But few can answer the most urgent question: Why is this happening?

Only once you know the historic identity of the American people can you grasp the reality of America’s current situation and where it’s heading.

Yes, the Americans trace back to the British Empire. But their roots go much further than that.

The Trumpet’s news analysis and forecasts revolve around this forgotten truth: The American people descended from Abraham and the ancient Israelites! That fact has tremendous bearing on current events—and you can prove it for yourself.

To start at the beginning, go to the Bible, a religious book that heavily impacted the founding and history of the United States.

The Bible’s first book, Genesis, records the story of a man who believed and obeyed God: Abraham. “Get thee out of your country, and from your kindred, and from thy father’s house, unto a land that I will shew thee,” God told him, “And I will make of thee a great nation …” (Genesis 12:1-2).

Abraham obeyed God’s command and believed His promise. God continued to work in Abraham’s life and the lives of his sons and grandsons. The Bible records that God expanded His promise, saying that Abraham’s descendants would become powerful and wealthy and would spread around the entire world. You can track more details of God’s promises regarding Abraham’s heirs throughout Genesis:

Take an objective look at these promises in the Bible. If you believe that God exists, the Bible is His Word, and that He keeps His promises, you should look for Abraham’s descendants to appear prominently in history. You should be able to see them take shape at some point as a single wealthy, powerful nation and as a group of nations—a superpower and a commonwealth, you might say.

Has there ever been a people that grew into a nation that developed an extremely wealthy economy, spread around the world, fielded a super-powerful military, exerted influence over its enemies and controlled the choke points of the world?

What nation fits all these descriptions and at the same time is related to a commonwealth or “company of nations”?

No other nation and empire fulfills those promises so specifically and so fully. This is proof that among the modern nations descended from Abraham, most prominent are America and Britain.

Follow the biblical narrative, and Abraham’s children flourished into the 10-tribed nation of Israel. Proof is abundant that America fulfills what God prophesied about the tribe of Manasseh, and Britain fulfills what God prophesied about the tribe descended from Manasseh’s brother, Ephraim. In Genesis 48, Abraham’s grandson Jacob—whom God had renamed Israel—specifically put the name Israel on those two (verse 16), one of whom would become a “great” people, and the other “a multitude of nations” (verse 19).

If America and the British peoples aren’t the modern-day Israelites, no one else has fulfilled or is fulfilling those promises God made. And if those promises have failed, then the Bible cannot be trusted, and its hundreds of prophecies that revolve around modern Israel are pointless.

But if God’s biblical promises are true, those hundreds of prophecies apply right now.

This still leaves a lot of questions: How did the Israelites migrate from the Middle East to the British Isles and North America? How did they lose their identity? Why did it take so long for God to fulfill those promises? Could those promises and prophecies about Israel still be for some time in the future? These are great questions, and they deserve great answers and further proof.

Whether you realize it or not, the answers to those questions link directly with the questions regarding America’s present-day decline! Knowing America’s biblical identity unlocks countless biblical passages that explain exactly why the nation is experiencing such a dramatic fall—and gives you the story of where you can expect this trend to lead in the years ahead.

We can help you seek out these answers in your own Bible. You can start right now with our free e-book, America’s 4,000-Year-Old History. If there is a God, and if the Bible is His Word, then America must be modern-day Israel. It is the only nation that fits God’s detailed prophecies. But you have to prove the truth for yourself.

From The July 2014 Philadelphia Trumpet
View Issue FREE Subscription
Next