Interest in demons and the supernatural has gone mainstream. Is it harmless fun? 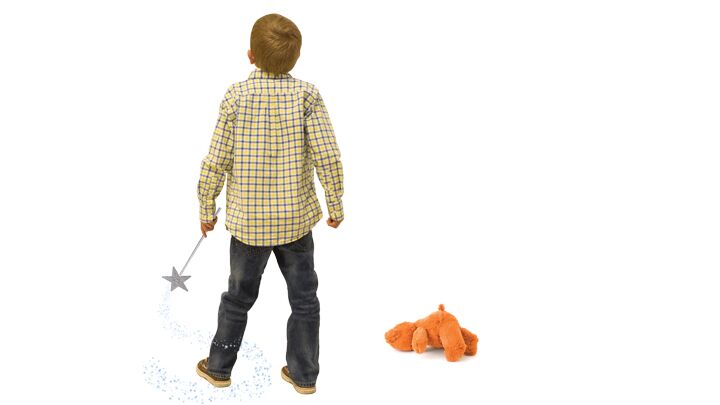 Interest in demons and the supernatural has gone mainstream. Is it harmless fun?

It’s an intriguing paradox of recent times: While the vast majority of people do not believe in Satan the devil, there is an insatiable interest in demons, magic, possession, supernatural powers, witchcraft, vampires and zombies. Occult themes dominate popular prime-time television shows and young adult literature.

“[M]ore and more smart, savvy and usually cynical 18-to-30-year-olds are dabbling in the occult,” Newsweek reported, “from astrological natal charts and tarot to séances and full-moon ceremonies” (Oct. 24, 2013). Others are going far beyond dabbling to literally experimenting with sorcery.

History has seen many occult revivals. Yet this time, as Newsweek states, it has become “a crossover hit, going mainstream.” Not many are expressing concern. You don’t hear much about it on your evening news. Yet everyone, especially parents, should be very concerned. Here is why.

It All Began With Harry

Things occult began to receive mainstream acceptance with the release of the Harry Potter series of books by J. K. Rowling for young people. The first installment in the series was published in 1997; the seventh and final book came in 2007. Rowling has become the first and only billionaire author. The popularity of her books has been a phenomenon. Translated into 67 languages, over 400 million Harry Potter books have sold. Along with the books, there has been a wildly successful theme park, eight blockbuster films and six popular video games. The Harry Potter brand is estimated to be worth $15 billion.

Criticisms of the series have fallen on deaf ears. Most critics are accused of being right-wing fundamentalist kooks who want to deprive children of innocent pleasure. Critics of the critics laud the books for motivating children to read. J. K. Rowling has defended the books as being “highly moral.” Yet the major theme of the story is witchcraft. Children and young adults who read the series learn about demons, werewolves and other monstrous creatures, magic, spell casting, levitation, animal sacrifices, astral projection, crystal gazing and communing with dead souls. While the books seemingly started out innocent—the story opens with Harry as an 11-year-old wizard (a male witch) misunderstood by his adoptive parents—the series grows to explore darker themes such as death and obtaining immortality, and becomes more violent as Harry grows older. Even publishers were concerned the darker themes threatened to harm the books’ popularity. Obviously that never happened.

Currently bookstore shelves are filled with many new Potter-like fantasy series for children and young adults. Among the most popular are The Mortal Instruments, Twilight and Graceling Realm. All of these series deal with occult themes such as demons, vampires and supernatural powers. Harry Potter unlocked a door that will not likely be shut anytime soon.

So in many ways, we should not be surprised to learn that 18-to-30-year-olds are dabbling in the occult. Harry Potter introduced them to it!

Allison Chomet, a 23-year-old in Philadelphia, told Newsweek that tarot is “super useful for clarifying my own confused feelings about where I’m headed or what I’m doing.” Thirty-year-old Martha Windhal, from Los Angeles, said that when her life got difficult, she turned to tarot and astrology. After she graduated from college and couldn’t find a job, she began reading tarot professionally. Her business has become so successful she can pay her living expenses easily.

When I was in college in the 1970s, tarot card readings were hush-hush, done in back rooms of homes or apartments in low-rent districts of town. Today, nearly everything occult has been made to look normal. Popular fantasy books, television series, movies and video games have desensitized children and parents to the dangerous powers lurking behind the occult.

But people should face reality: Matters occult are not normal—they are paranormal. Merriam-Webster defines paranormal, “very strange and not able to be explained by what scientists know about nature and the world.”

Windhal admitted to Newsweek that there is power behind tarot cards. “They’re untapped resources when you feel like you have a loss of power,” she said. Some 20-year-olds told Newsweek “they appreciate the supernatural because it’s a nondenominational method of self-exploration that reminds them that the world is both older and bigger than they are.” Many college-educated young adults are embarrassed by traditional religion, yet a growing number consider the spirituality associated with the occult as “cool.” Few understand the menacing, perilous path they are walking down.

It is no fantasy that there is real power behind the occult. However, it is not a power for good. It is an organized power with a plan to do evil to all caught up in its trap.

Satan and his demons are real beings with a ravenous hatred for God and human beings (Isaiah 14:12-14; Revelation 12:12). Few today understand their immense power. Satan and his demons have been cast down to Earth. They can no longer travel into the universe (Revelation 12:7-8). These evil beings are incapable of doing anything good for humans or themselves. Being supremely intelligent, they have done a masterful job of convincing unsuspecting humans that they do not exist (verse 9).

Let’s call the occult movement what it truly is: a substitute religion.
Now they are successfully at work to entice many to get involved in their secret arts. The fruits will never be good.

Let’s call the occult movement what it truly is: a substitute religion. Unfortunately, most are blind to the fact that the occult is the worship of Satan and his demons.

There is nothing new here. Mankind has been worshiping the devil since our creation. Although most today scoff at the Bible, this book reveals that Satan is literally “the god of this world” (2 Corinthians 4:4). It is his personal desire for all human beings to worship him. His goal is not to help us; rather, his mission is to make human life miserable and wretched. In fact, all the horrendous evils threatening our world—the massive problems wrecking families; the rampant crime, disease, poverty and violence; the international conflict and warfare—can be traced directly back to him.

“I have had a number of personal experiences with demons through a few demon-possessed people,” explained Herbert W. Armstrong in his must-read book Mystery of the Ages. “I have cast out demons through the name of Christ and power of the Holy Spirit. Some demons are silly, like spoiled children. Some are crafty, sharp, shrewd, subtile. Some are belligerent, some are sassy, some are sullen and morose. But all are perverted, warped, twisted.”

Be sure to take the time to read Ephesians 6:12. Although human beings don’t see it, we are wrestling with “the rulers of the darkness of this world.” They are the spark behind all human problems and evils. Anybody who gets involved in the occult is simply surrendering to the devil and his minions.

You owe it to your child and yourself to close your door to the occult in whatever form it comes knocking at your house.
This means that parents should screen what their children read, what movies their children see and what tv programs they watch. You may well be seen as old-fashioned and out of touch, but your child’s mental and spiritual health should be far more important to you than your own vanity.

One critic in support of Graceling—a book about Katsa, a young girl with special powers in the art of killing—wrote this: “I imagine there may be some parents who may be a little concerned over the blatant sex scenes and Katsa rejecting the standard mode of marriage, however I think teens are savvy enough to think for themselves, and parents shouldn’t be choosing their teens’ books anyway.” Please don’t be influenced by that kind of idiotic reasoning. Teens need guidance from parents about books, movies, games and tv programs. Their young minds are so impressionable.

Don’t let fantasy book advocates push you around. You owe it to your child and yourself to close your door to the occult in whatever form it comes knocking at your house. You can find incredibly exciting, intellectually stimulating books for your young children and teens far afield from the occult fantasy books. My wife and I raised our children without such books and they became great readers.

God, a great loving Father, warned the children of Israel, “When you come into the land that the Lord your God is giving you, you shall not learn to follow the abominable practices of those nations. There shall not be found among you anyone who burns his son or his daughter as an offering, anyone who practices divination or tells fortunes or interprets omens, or a sorcerer or a charmer or a medium or a necromancer or one who inquires of the dead, for whoever does these things is an abomination to the Lord. And because of these abominations the Lord your God is driving them out before you” (Deuteronomy 18:9-12; English Standard Version). God did not require this to prevent the people of Israel from enjoying some innocent pleasure. He wanted to protect them from great evil.

There is much you can do to protect yourself from Satan’s onslaught. Accept the truth that involvement with the occult will open a person’s mind to the influence of Satan and his demons. The Bible clearly shows that these evil spirits want to possess people. We should be cautious to not open the door of our minds to them. Possession can also happen as a result of taking drugs or allowing intense emotional states such as anger to dominate our lives (Ephesians 4:26-27). The very real danger of demon-possession was brought to light in a recent case in Indiana. Though the media sensationalized the event, the facts are plain: Police and medical personnel corroborated a family’s claims of being harassed by demons. Gary, Indiana, police Capt. Charles Austin visited the home several times. He declined to disclose details on the record, but simply said, “I am a believer.” Valerie Washington, a family case manager working for child protective services, investigated the family during the ordeal. She said she witnessed several paranormal occurrences, including an instance when the 9-year-old boy walked backward up a wall to the ceiling. A nurse in the room at the time confirmed the account, saying, “There’s no way he could’ve done that.”

Such nightmares can happen—and do. That is why everyone should be concerned about the revival in the occult. It is going to produce great harm. Take fair warning. This evil need not come near you.