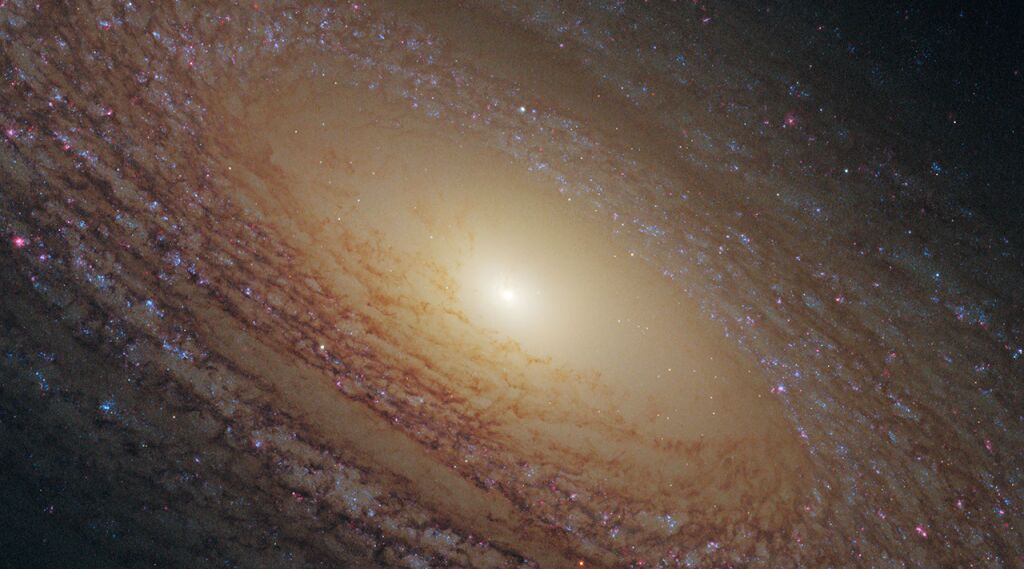 Is this the black eye for creationism that many say it is?

Scientists announced on March 17 that they have discovered markings in the sky—ripples in the fabric of space time—that provide the first direct proof that the universe underwent a brief but staggeringly rapid expansion immediately following the big bang.

“Our universe burst into existence in an event known as the big bang 13.8 billion years ago,” nasa’s Jet Propulsion Laboratory declared on its website. “Moments later, space itself ripped apart, expanding exponentially in an episode known as inflation.”

This inflation would have happened much faster than the speed of light, and physicists have long believed that something like cosmic stretch marks would have resulted from it. Until now, though, no one had ever observed such marks. The discovery of them is being hailed as “spectacular,” a “smoking gun for inflation,” and “bigger than the Higgs boson.” There’s already talk of a Nobel Prize.

Clem Pryke, associate professor at the University of Minnesota, said, “It’s mind-boggling to go looking for something like this and actually find it. This has been like looking for a needle in a haystack, but instead we found a crowbar.”

Many also say that crowbar smacks a shiny black eye onto any who believe the universe was created by an intelligent Being. “Every discovery like this one just confirms the secular and scientific models of the world, shoving the mystery that people stick ‘God’ into a little further away,” a Reddit user called Stonvnox said. For more examples of this view, click here, here or here.

But the truth is this discovery only reinforces teachings from the Holy Bible about how God created the universe. In fact, the books of the Bible are by far the earliest documents ever to say that the universe is expanding. “Not until the 20th century did any other book—whether science, theology or philosophy—even hint at the universe’s continuous expansion,” astrophysicist Hugh Ross wrote in Why the Universe Is the Way It Is.

The reality is this: The discovery of those cosmic stretch marks—and other proofs of the expanding universe—are proving the Bible true.

Here is what Trumpet columnist Joel Hilliker wrote on the topic in his 2009 booklet Our Awesome Universe Potential:

Scientists first rejected the big-bang concept because it seemed too religious. Its echoes of “in the beginning” bothered them. … There appears to be much solid evidence that the basics of the theory are correct. …When you study the biblical accounts of God creating the universe, the most common description is that God “stretched out” or “spreads out” the heavens. God “created the heavens, and stretched them out” (Isaiah 42:5). “He stretcheth out the north over the empty place, and hangeth the earth upon nothing” (Job 26:7).This is highly unusual terminology. What exactly does it mean? The phrase spreadeth out comes from the Hebrew natah, which means to stretch or spread; it can mean to extend in every direction. Scripture refers to the heavens in this way a total of 11 times, by the pen of five different biblical writers: Job, David, Isaiah, Jeremiah and Zechariah.Based on observable evidence, scientists believe there was an initialrapid stretching out of cosmic material—and there has been an ongoing expansion ever since. God’s revelation in Scripture seems to corroborate that view. Four verses (Isaiah 45:12; 48:13; Jeremiah 10:12; 51:15) use a form of natah that literally means the action was completed some time ago. Seven instances use a form of the verb natah that implies continual or ongoing stretching (Job 9:8; Psalm 104:2; Isaiah 40:22; 42:5; 44:24; 51:13; Zechariah 12:1). Both of these aspects of this stretching can be seen in Isaiah 40:22, which says that God “stretcheth out the heavens as a curtain, and spreadeth them out as a tent to dwell in.” Stretches out comes from natah and implies something continuing today ….

Mr. Hilliker goes on from there to prove—with fact after fact, and scripture after scripture—that there is no disagreement between science and true religion.

The difference is that true religion extends far beyond science. Like most scientists, Dr. Michael Turner, a cosmologist at the University of Chicago, acknowledges the limitations of mankind’s theories. “If inflation is the dynamite behind the big bang, we’re still looking for the match,” he said. Theories such as big bang and inflation don’t even attempt to explain the origin of matter. They only speculate—and probably correctly—about how the matter has behaved since it came into being. They don’t claim to identify the “match” Dr. Turner mentioned, which ignited the whole astounding, “dynamite” process.

If inflation is the dynamite behind the Big Bang, we’re still looking for the match.
Michael Turner, cosmologist
Matches don’t spontaneously come into existence. Neither do they just light themselves. Despite the discovery of those cosmic markings and all the other amazing big-bang findings over the years, science remains without a match or a match lighter.

Without a match lighter, designer, creator—whatever you want to call Him—you have no big bang and no universe.

To understand why God created a universe, and placed mankind on Earth, read Our Awesome Universe Potential.