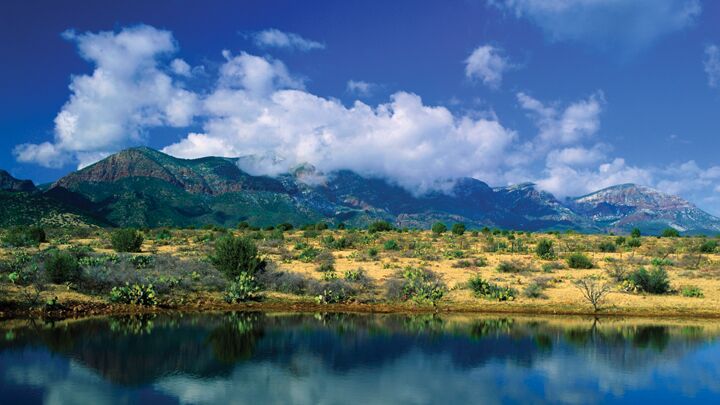 Tough times are about to get unbearable. But don’t forget what’s on the other side.

From the September-October 2004 Trumpet Print Edition

You either believe Him or you don’t. There’s no in-between. Jesus Christ said: “For that will be a time of greater horror than anything the world has ever seen or will ever see again. In fact, unless that time of calamity is shortened, the entire human race will be destroyed” (Matthew 24:21-22, New Living Translation).

When the Son of God walked the Earth 2,000 years ago, He foresaw that man would not only create weapons of mass destruction but also use them! At first, one fourth of the Earth’s population will die from conventional warfare, famine, disease, wild animals, riots and acts of terror inflicted during the time of the four horsemen of the apocalypse. That’s about one and a half billion people—dead! Read it in Revelation 6:1-8, especially verse 8.

As terrible as that is, the four horsemen are but a prelude to the time of the greatest horror Christ spoke about. These horsemen set the stage for weapons of mass destruction—nuclear, chemical and biological—to be unleashed over the remainder of humanity. Billions more will die (see Revelation 9:18).

The Bible reveals that all humanity would be wiped off the face of the Earth—unless God intervenes. And He will! God the Father will send Jesus Christ back to Earth to save us from extinction. God will not allow man to destroy himself, because He has a plan for man, and you need to understand what it is. It’s incredible beyond words to describe, and nothing will give you more hope!

But that’s not all. Jesus was the firstborn Son, but not to be the only born son. He was “the firstborn among many brethren” (Romans 8:29). The Bible shows that Christ was the Captain, or Pioneer—the first one born—so He could bring “many sons unto glory” (see Hebrews 2:10). Where do you suppose these other sons come from? Open your mind to this startling truth!

After God created animals, each with the ability to reproduce after its own kind (Genesis 1:24-25), He made man after the God-kind—that is, in God’s image and likeness! (Genesis 1:26). Notice that man is made in both the likeness and the image of God.

Mankind is in God’s likeness, meaning we look like God! Even though God is composed of spirit and man of matter, we resemble His form. But that’s just the first phase. To develop completely into God’s image, not just His likeness, man needed to be taught God’s way of life, practice His way and ultimately develop His character! But why?

The answer to that question reveals the mind-splitting truth for the purpose of man: God is reproducingHimself—through man! Ponder on that a while. God is expanding His Family—through man! So we could understand the truth about His Family, God ordained the physical family. In other words, we were created to become the very sons of God, literally—not figuratively!

Can you even begin to fathom your incredible potential? Man is ultimately to be born of spirit, and composed of spirit in God’s form and shape and with God’s character and power!

Let’s understand. We cannot become a son of God until we acquire the character of God. To be born a literal son of God (what “born again” really means), each of us must of our own free will,choose to obey God, His laws and His give way of life. At the same time we must reject the way of this world—which is Satan’s way of get. Unfortunately, most will not turn to God’s way until they experience the end result of Satan’s way—a cataclysmic upheaval that would destroy the entire human race were it not for God’s intervention.

That’s why God will allow such great tribulation to come to this Earth. Only then will man finally be humbled to the point that he will listen to God. Only then will he finally yield to his Maker in unconditional surrender. When man’s attitude is like that of an innocent teachable little child, God will be able to instill His character and His very nature into man so that he can be born of God!

When the unimaginable Great Tribulation hits, it is a sign that this present evil age is coming to an end! When it explodes onto the world scene, remember that there is incredible, astounding hope on the other side. God the Father will not let mankind destroy itself. He will send His Son Jesus Christ back to Earth to stop that from happening. After Christ returns, man will finally be willing to live God’s way and the most beautiful, peaceful, joyous world will emerge from the ashes—the wonderful World Tomorrow.

Then God will set about to expand His Family, and ultimately all who have died will live again and have the opportunity to choose life and become a literal son of God! Focus on the God Family vision! That is the hope to cope that God wants you to have.