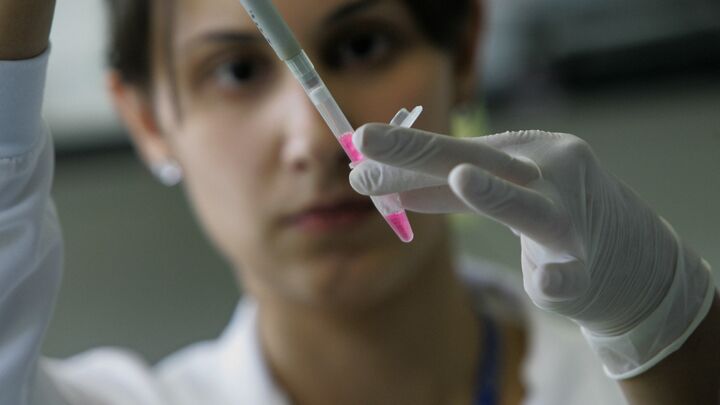 Anyone interested in news has heard something about embryonic stem-cell (esc) research. Prior to Aug. 9, 2001, when U.S. President George W. Bush made a public statement summarizing his position to prevent government funding of esc research, it was an uncommon topic in the media. From the time of the president’s address until now, embryonic stem-cell research has become a political football.

Human embryonic stem-cell research is the practice of “harvesting” cells from a fertilized or cloned human embryo. Harvesting the stem cells destroys any opportunity for that embryo to develop and be born.

The same public-relations problem exists for proponents of embryonic stem-cell research as for pro-abortionists. They are faced with the challenge of convincing the public and governmental officials with control of funds for research that embryonic stem-cell research is moral and should be legal. It comes down to a couple of basic definitions: What is life, and when does a human being start to be a human being?

Life is a pretty simple thing to define. It is the opposite of death. But science always tries to enhance the simple by creating complex definitions. And so it has been with the definition of “life.” Through the centuries, scientists arrived at an acceptable definition of life, and it has worked well, until the last few decades when abortion and now esc research have challenged it.

That definition of life has been: “The property or quality that distinguishes living organisms from dead organisms and inanimate matter, manifested in functions such as metabolism, growth, reproduction, and response to stimuli or adaptation to the environment originating from within the organism” (American Heritage Dictionary).

In other words, if something reproduces (cell duplication is reproduction), if it reacts to stimuli, if it is not dead, it is said to be alive.

Human embryonic stem cells do each of those things; therefore they are alive, and scientists do not argue that fact.

The problem begins when the question “If they are alive, what are they?” is asked. Well, they are not dogs or cats, they are not bacteria, and they are not tomatoes or carrots. It is really pretty simple: They are human tissue at the very least. But that is not the end of the story. If that was all there is to it, it probably wouldn’t be very controversial.

The real question that sticks in the throat of scientists is, where do they come from? Do they come from a human embryo? Are they harvested from an unborn infant? Therein is the problem.

A brief description of how embryonic stem cells are harvested should clear up this dilemma for anyone with an open mind. Since the first stages of esc research are the same as for cloning, further clarity will come from a brief review of cloning.

First, cloning is an attempt to grow an identical “twin” from an existing being, whether human or otherwise. For this discussion I will refer to human beings only. To clone a human, dna from one of the donor’s, or “parent’s,” cells, maybe a skin cell, is transplanted into a human egg from which the egg’s dna has been removed. That cell, if the cloning is successful, will then reproduce an exact duplicate of the original person. That has not been accomplished by scientists, but that is the theory.

For embryonic stem-cell research, the start is the same. dna is implanted into a human egg and it is allowed to “grow,” or “reproduce.” The dna supplied may be from a donor, as in the case of cloning, or it may come from sperm, as in normal reproduction. For esc research, the cell is allowed to reproduce no more than 14 days. Then its growth is interrupted. At that point, the outer layer is removed and the embryonic stem cells from within are dumped onto a growth medium (petri dish) to continue life as stem cells.

Up until that point, the normal outcome should be the birth of a child. Once the outer layer is removed and the stem cells are harvested, that potential child no longer exists.

From this point, the researchers use chemical and electrical stimulus to guide the growth of the stem cells into some desired tissue for the treatment of a disease.

When a human egg is fertilized inside of a woman, it reaches the uterus somewhere around the 4th or 5th day of life and attaches to the wall of the womb. At that time she is officially pregnant.

The term blastocyst is used to refer to these cells once there are about 16 cells, day 4 or 5, until the age of about 4 weeks. This human blastocyst, if undisturbed, will develop into a human baby and normally be born after 9 months of growth.

To harvest the stem cells for research, the blastocyst must be destroyed. Since researchers don’t want to deal with the interruption of this development as an issue of human life being cut short, they don’t want to call it a human life. In order for the government to smile on this process and to provide money for research, the scientists must avoid the appearance of murder. Their solution: a new word for an embryo that is less than 14 days old is added to the vocabulary of esc researchers and, they hope, to the vocabularies of the public and government officials needed to provide funding for research. The term they have devised is “pre-embryo.”

This is an arbitrary assignment of title and time. In reality, it has nothing to do with any difference in the material makeup of the cells. Scientists take the new embryo and remove the outer layer of cells exposing the inner “stem cells” and dump the stem cells into a petri dish and claim that is was just a pre-embryo, not a person at all.

Murder? There are stem cells other than embryonic, and they are processed differently. For example, some are taken from umbilical cords at birth. But these are not embryonic stem cells the scientific arena claims it needs for research. These do not involve killing an embryo and there is little problem with such research.

The problems arise when human life is interrupted. The scientists know a social-political argument begins whenever they toy with life. That is why they have instituted the definition of pre-embryo.

But in truth, as Shakespeare wrote, a rose by any other name would smell as sweet. Do scientists really think that changing a name changes reality? Apparently they do. This author does not.

Life begins at conception, a fact that makes abortion murder. The production of an embryo to be “harvested” likewise kills a potential human being.

The fact is that blastocysts are implanted in women at fertility clinics and grow into beautiful human babies. Changing the name to pre-embryo does not alter this fact nor does it justify murder. The International Herald Tribune explained, “The worrisome element is that the blastocyst stage, needed to extract stem cells, is also the stage where fertility clinics typically implant embryos, with a 40 percent to 60 percent chance of producing a baby” (February 14).

As many as three out of five of these “pre-embryos” become newborn babies when allowed to grow—but not if embryonic stem-cell researchers have their way.

When the growth of a developing human is intentionally stopped, it is murder. Calling a developing embryo by the name “pre-embryo” does not change anything: It is murder.

The following statement from the article “A Stem Cell Primer” demonstrates a simple fact: “Human development begins when a sperm fertilizes an egg and creates a single cell that has the potential to form an entire organism. This fertilized egg is totipotent, meaning that its potential is total—it can produce any kind of tissue found in the mature organism” (Forum for Applied Research and Public Policy; Vol. 15, 2000).

To understand the potential of that developing human being, request our free book The Incredible Human Potential. Once you have studied that book, you will have a greater understanding of the severity of murder for embryonic stem-cell research.

Some scientists argue that they should be able to use embryos left over at fertility clinics. They argue such embryos would never mature into people and should be available for research. But some noted scientists disagree. Kelly Hollowell, who has a Ph.D. in molecular and cellular pharmacology, says that “the justification that the embryos ‘left over’ in ivf clinics (reportedly >300,000 in the U.S. alone) will simply be discarded anyway, reflects a chilling absence of moral conscience. We do not consider it appropriate to take organs from dying patients or prisoners on death row BEFORE they have died in order to increase someone else’s chances for healing or cure. Neither, then, should we consider any embryos ‘spare’ so that we may destroy them for their stem cells” (“Ten Problems with Embryonic Stem-Cell Research,” www.icr.org, February 2002).

God’s instruction book for mankind explains it this way: “If men strive, and hurt a woman with child, so that her fruit depart from her, and yet no mischief follow: he shall be surely punished, according as the woman’s husband will lay upon him; and he shall pay as the judges determine. And if any mischief follow, then thou shalt give life for life, Eye for eye, tooth for tooth, hand for hand, foot for foot, Burning for burning, wound for wound, stripe for stripe” (Exodus 21:22-25).

Killing an unborn human being is murder whether it is for stem-cell research or as an abortion. Neither the semantics of scientific terms like pre-embryo nor the arbitrary selection of 14 days of age changes a thing.

The plain truth is that harvesting human embryonic stem cells is murder.