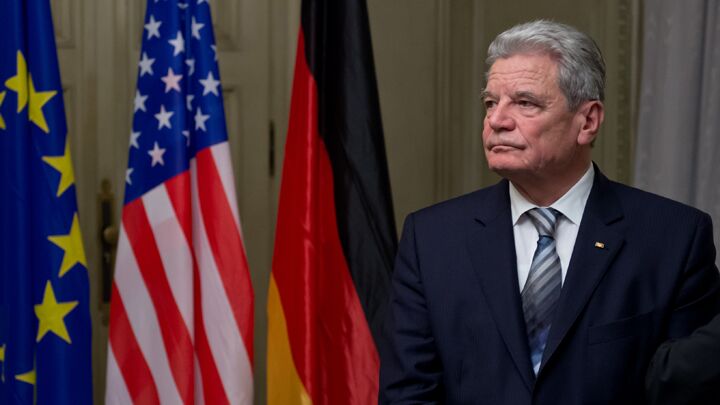 2014 could be the year Germany replaces America as the world’s unilateral superpower.

Germany’s relationship with the international community in recent years has been one of unrequited affection. America and other world powers have been begging Germany to get more involved in world affairs and to exert more global leadership. But Berlin has responded slowly and coyly, with a reluctance many find curious and vexing.

“The new German government, inaugurated just a month ago, is charting a new course in foreign policy,” Der Spiegel reported last week. “[New Foreign Minister Frank Walter] Steinmeier and Defense Minister Ursula von der Leyen believe that an economic powerhouse like Germany can’t continue to stand on the sidelines. They want to show Germany’s allies that the country can be relied upon” (emphasis added throughout).

Germany’s pivot is discernible even as far away as America. “German leaders are pushing a vigorous new case that it is time for their nation to find a more muscular voice in foreign affairs,” reported the New York Times last Saturday. The Times noted how, in response to multiplying global crises and a retreating U.S. superpower, “senior [German] officials are urging a rethinking of the country’s assumptions about its diplomatic and military role.”

The rise of Germany as a more assertive military and political force in the world is enormously significant, both historically and prophetically. It deserves serious contemplation.

It’s impossible to know if Germany’s mind change transpired at a particular meeting or on a specific day. However, it appears a meeting on January 15—between Chancellor Merkel and Frank Walter Steinmeier, her new foreign minister, and Ursula von der Leyen, Germany’s new defense minister—could have been significant. As Spiegel reported, Merkel met with her lieutenants to discuss France’s military missions in Africa, whether Germany ought to provide more assistance, and Germany’s broader foreign policy. (Germany did decide to ramp up its involvement in Africa).

Since then, the message emanating from Germany, from Steinmeier and von der Leyen personally, from lower level government officials, from Germany’s media and from numerous German analysts and think tanks, has been loud and consistent. That message is that Germany is now willing to pursue a more assertive foreign policy, both militarily and politically.

The declaration of Germany’s revamped foreign policy reached new heights last weekend at the 50th annual Munich Security Conference. This important conference brings together the world’s smartest, most distinguished leaders, thinkers and politicians to discuss the most pressing challenges facing the international community. This year’s participants explored, among other topics, the crises in Syria and Ukraine, the U.S.-Europe relationship, and the future of European defense. Amid the various topics addressed, however, one theme threaded its way through the entire three-day conference.

This theme was established by Joachim Gauck, Germany’s president, in a welcome address that, by his own admission, centered on “Germany’s role in the world.” You can read Gauck’s full speech here. (If you’re like me, you probably rarely click on these links. But this one is well worth your time.) Gauck’s speech is masterful. Contrite and altruistic in language and tone, the speech makes a compelling case for a stronger, more assertive Germany. The essence of his message is, the world needs us; we’d be selfish not to help. More than anything, Gauck’s message was a sincere plea to 80 million Germans to shed their pacifism and get behind the German government as it unselfishly serves mankind.

“We Germans are advancing towards a form of responsibility that has not yet become routine for us,” he stated. We live in a “world in which economic and political power is shifting and entire regions are arming themselves. In the Middle East, there is a danger that individual crises will converge and engulf the whole region. At this very moment, the world’s only superpower is reconsidering the scale and form of its global engagement ….” Germany must respond: “I don’t believe that Germany can simply carry on as before in the face of these developments.”

According to Gauck, Germany’s ascension is inevitable. “Germany has already been traveling along the road towards becoming a guarantor of the international order and security for 24 years now,” he said.

Are we doing what we can to stabilize our neighborhood, both in the East and in Africa? Are we doing what we have to in order to counter the threat of terrorism? And, in cases where we have found convincing reasons to join our allies in taking even military action, are we willing to bear our fair share of the risks? … What role do we want to play in the crises afflicting distant parts of the globe?

Gauck’s answer? “In my opinion, Germany should make a more substantial contribution, and it should make it earlier and more decisively if it is to be good partner.”

Gauck also boldly addressed what is widely seen as the root cause of Germany’s reluctance for greater military and political assertion, which is the shame and guilt many Germans still have for World War ii. “I have to admit that while there are genuine pacifists in Germany, there are also people who use Germany’s guilt for its past as a shield for laziness or a desire to disengage from the world.” In others words, Germany must shed the guilt and stop hiding behind World War ii!

He drove this point home further in his conclusion, once again addressing the German people specifically: “I would like to request that … we too place our trust in this fundamentally reformed country of ours. The post-war generations had reasons to be distrustful—of the German state and of German society. But the time for such categorical distrust is past.” Gauck believes Germany has fully repented and atoned for the Second World War, and that it’s time the German public stopped dwelling on the past. We must “have confidence in our abilities and should trust in ourselves,” he stated.

Many considered Gauck’s speech a landmark. Gunther Nonnenmacher, co-publisher of Frankfurter Allgemeine Zeitung, wrote that Gauck “may well have spoken the authoritative word in the debate over German foreign and security policy.”

But Gauck was not the only German leader endorsing a foreign-policy transformation. Germany’s defense minister, Ursula von der Leyen, took the stage after president Gauck and basically continued where he left off. She stressed the need for greater integration among European nations in security and military. She also recalled some of the many global crises, in Syria, Libya and Africa, before stating: “To sit and wait is not an option. If we have means, if we have capabilities—we have the obligation and we have the responsibility to engage.”

Frank Walter Steinmeier, Germany’s foreign minister, also spoke, and he too stressed the urgent need for a more assertive German foreign policy. “Germany is too big to merely comment on world affairs from the sidelines,” he stated. Steinmeier outlined seven practical propositions for Germany. One stated, “Germany must be ready for earlier, more decisive and more substantive engagement in the foreign and security policy sphere.” Another included the promise that Germany must provide “concrete” assistance to global issues, and not just “rhetorical outrage.” In another, he stated that Germany was “keen” to give input and leadership in negotiations for a common “European foreign, security and defense policy.” In another, Steinmeier criticized Germany’s “culture of restraint” and suggested Berlin needed to show itself more prepared and willing to act militarily when called upon.

These are dramatic statements, and they’re coming from Germany’s highest leaders. They ought to have received far more serious attention.

The transformation that began in Germany last month ought to make us uneasy. In the very least, it should arouse some serious questions and intense discussions. History alone demands such a response. Instead, the world’s reaction was one of relief and applause. U.S. Secretary of State John Kerry also spoke at Munich, delivering a lackluster message that was vague and filled with generalizations and meaningless platitudes. But he did comment on Germany and its new foreign policy. He stated: “Leading, I say respectfully, does not mean meeting in Munich for discussions, it means committing resources.”

America is thrilled by the thought of a more militarily and politically assertive Germany!

Here at the Trumpet none of this—Germany’s ascension, Europe’s military and political integration, America’s global retreat—is surprising. Herbert W. Armstrong forecast these exact events for 70 years. When Mr. Armstrong died in 1986, Gerald Flurry continued delivering the exact same warning message. Indeed, the cover story of our December 2013 Trumpet, our free, monthly, full-color print magazine, was titled “We’re All Falling in Love With Germany.” This article exposed the intense global demand for more German leadership, and what the disastrous consequences of this wish would be. The article strongly cautioned the world against overlooking and ignoring Germany’s history:

We must not forget that only 74 years—just one lifetime—ago, Germany started the most destructive war in human history. … We must not forget that less than a quarter of a century before World War ii, Germany instigated World War i, the most destructive war in human history to that time. … We must not forget the 19th-century history of Prussian Prince Otto Von Bismarck, the man responsible for consolidating the German states, augmenting Prussian power, and igniting the flame of modern German nationalism. Under Bismarck, the imperialist German empire initiated violent wars with the peoples of eastern and southern Europe, as well as France.We must not forget the history of the Habsburg Dynasty, which was centered in what today is southern Germany and Austria. This too was an imperialist empire, one that expanded using a well-crafted strategy of violence, politics and romance to encompass most of Europe, the Americas and East Indies. We must not forget the history of Otto the Great, the 10th-century German emperor, the forefather of German nationalism, and the man who under moral and spiritual cover from the Catholic Church conquered the people of central, southern and eastern Europe and established the German Holy Roman Empire.

You see, it’s not just Bible prophecy screaming at us to be more alarmed by Germany’s rise. History does too! Isn’t it time we developed some humility and displayed some respect for historical fact, for the great figures of the past who understood Germany and its proclivity for conflict, and, most of all, for Bible prophecy? Unless we do, both Bible prophecy and history show that the consequences of a newly resurrected, globally dominant German empire will be ugly and incredibly painful.