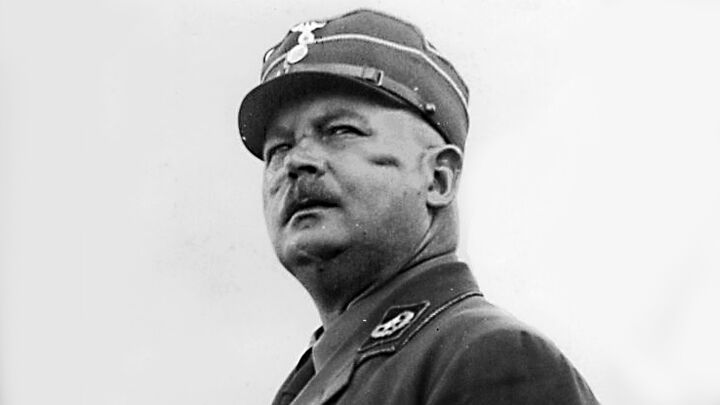 The war-torn country received the plain truth of the World Tomorrow.

In 1825, Simon Bolivar rebelled against Spanish overlords and ignited a quest for independence. La Paz, the name of Bolivia’s capital, means peace. Yet over the past two centuries, the history of Bolivia has been punctuated by social upheaval, poverty, drug crises and hundreds of coups.

After World War ii, Herbert W. Armstrong was concerned with the impact of Nazism and fascism in South America. The May 1957 Plain Truth reminded readers, “As early as 1925 and even before, top-flight members of the German General Staff were dispatched to South American countries to become advisers, to influence the officer corps of South and Central American Republics, and to spread hatred of the United States.

“Capt. Ernst Roehm, organizer of the Nazi Storm Troops, showed up in Bolivia in 1925 as ‘special adviser’ to the Bolivian Army.” The safe haven for axis power criminals was geographically landlocked, with illiteracy at 60 to 70 percent, and the majority of its 5 million citizens speaking the Inca language. As such, getting the good news of the gospel of Christ into the country faced many obstacles.

On Feb. 3, 1976, at a testimonial dinner in Israel, the internationally recognized ambassador for peace personally delivered the Matthew 24:14 commission message to 170 dignitaries made up of ambassadors from 17 countries—judges, lawyers, educators, Knesset members and government ministers.

“At the end of 1980, there were only about 20 subscribers to La Pura Verdad there, but because of efforts of a Church member employed at the time by the U.S. government in La Paz, a series of newspaper ads were placed and several other promotions undertaken. The Pura Verdad list stands at 1,977, a hundredfold increase in three years” (Worldwide News, Jan. 2, 1984).

In 1983, Mr. Armstrong’s consistent warnings about the impact of German fascism on the sub-continent proved true as Nazi war criminal Klaus Barbie was arrested in Bolivia. During the early to mid-1980s, he authorized repeated articles in his Pastor General’s Report mentioning the prophetic implications of Bolivia’s ties to communism, socialism, insurrections and coups.

By 1985, the impact of the fulfillment of God’s delivery of His gospel in the Philadelphia era was reaching its apex. At the year’s outset, Mr. Armstrong approved the first ministerial visit to the the country, ironically by a native, Bolivian-born minister based in Peru.

On July 26-28, three lectures followed in La Paz servicing a handful of Church members and growing interest in the Plain Truth. Magazine circulation was at approximately 2,700, with 1,285 subscribers invited to the lectures. “Most of the people were middle class professionals and there were some retired military men” (Worldwide News, Aug. 19, 1985).

History has proven that the solution Bolivians seek is not found in socialism, fascism, communism, dictatorship nor democracy. A stable government, with a lovingly administered law ensuring lasting peace, is soon to come to Bolivia. As sure as the setting and rising of the sun, that final solution is promised by the Almighty Creator in His Word.

“For unto us a child is born, unto us a son is given: and the government shall be upon his shoulder: and his name shall be called Wonderful, Counsellor, The mighty God, The everlasting Father, The Prince of Peace. Of the increase of his government and peace there shall be no end, upon the throne of David, and upon his kingdom, to order it, and to establish it with judgment and with justice from henceforth even for ever. The zeal of the Lord of hosts will perform this” (Isaiah 9:6-7).