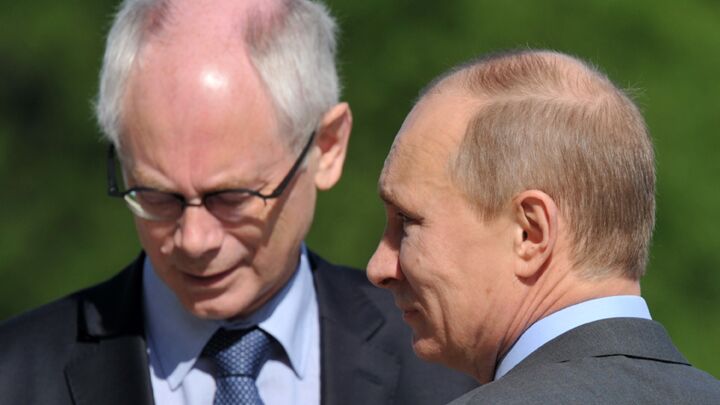 “Although all wealth comes from the ground, prosperity and affluence on a national scale always have come also by industry and commerce,” wrote Herbert W. Armstrong in his acclaimed book The United States and Britain in Prophecy. In today’s modern world of commerce, the EU is Russia’s premier trading partner.

After the fall of the Berlin Wall and collapse of the ussr, trade relations between European countries and Russia took time to realign. As the EU expanded with new members states, Russia consolidated. Driven primarily by energy, the ironfisted Vladimir Putin era has brought relative stability, controlled expansion, and renewed power projection.

Recently our editor in chief wrote and broadcast a modern geopolitical exclusive of an end time prophecy in Ezekiel chapter 38. It features a powerful man to lead a combined fighting force of over 200 million set to clash with a beastly European combine (Revelation 17). “When you study these scriptures alongside current events revealing modern Moscow’s imperialist direction,” Gerald Flurry wrote, “you see that Vladimir Putin could well become the leader of that gigantic army of the East.”

In 1997, the blocs entered into a Partnership and Cooperation Agreement which was established as the template for dialogue and trade. According to the European Commission’s website, “One of the main objectives of this agreement is the promotion of trade and investment as well as the development of harmonious economic relations between the EU and Russia.”

From 2010-2012, trade reached a historic high. A year and a half ago, Russia joined the World Trade Organization in an effort to lower duties on its imports, maintain export competitiveness, expand accessibility to its marketplace, and lower the price of goods for the average citizen.

“EU exports to Russia are dominated by machinery and transport equipment, chemicals, medicines and agricultural products. EU imports from Russia are dominated by raw materials, in particular, oil (crude and refined) and gas. The EU is the most important investor in Russia. It is estimated that up to 75 percent of Foreign Direct Investment stocks in Russia come from EU Member States (including Cyprus)” (ibid).

However, the 2012-2013 trade data between the countries reveals which bloc benefits most. Almost 34 percent of Russian imports come from Europe, with 45 percent of its exports entering EU member states. That trade imbalance in Russia’s favor contributes to 40 percent of its total global trade which is earmarked for the Continent.

The economic picture illustrates Europe’s dependency on Russia. Despite cool political relations and euro rhetoric the geographic location and commodities supplied by Russia are simply too much for Europe to ignore.

Trade tension was heightened late last year as economic machinations in Ukraine evidenced the reality of the Russian bear’s power to pressure perimeter countries, former Soviet satellites, into extended economic partnerships. Stay with theTrumpet.com as we watch the ongoing trade relations between these two economic and military superpowers. Additionally, for the plain truth about Russia, download Gerald Flurry’s exclusive article, “Is Vladimir Putin the Prophesied ‘Prince of Rosh’?”