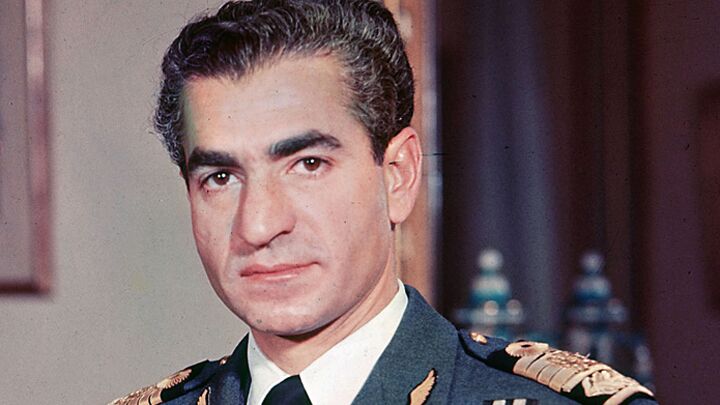 Unique open doors for delivery of gospel message to Persia

“I write this from the press room of this temporary headquarters of the Security Council,” Herbert W. Armstrong informed Plain Truth readers in 1945 in a “dispatch,” as he called it, sent by wire to his office in Eugene, Oregon.

While in San Francisco, he reported on Security Council sessions discussing the “Iranian dispute” and the disharmony between mediators. This would prove to be a historic beginning of open doors to deliver the good news of the coming Kingdom of God to Persia.

Two decades later, accompanied by his wife, Loma, Mr. Armstrong flew throughout Asia and later stopped in the Persian capital, Tehran. “The pitiful, poverty-stricken, diseased, starving people in these populous areas of the world beggar description,” he wrote co-workers on June 2, 1966. “One sees people begging food, starving, dying, right in the streets. Starving mothers trying to nurse emaciated babies which have little chance of living. It made us sick at heart!”

Those images, and the difference between impoverished Asia and oil-rich Persia, were notably highlighted in 1971. Mr. Armstrong sent four Plain Truth staff members to what they described as “one of the greatest gatherings of world leaders in all history and in one of the most unlikely locations, the desert of southern Iran” (Plain Truth, January 1972).

Their assignment was to report four days of celebrations commemorating the 2,500 anniversary of Cyrus the Great’s founding of the Persian Empire. Officials from 69 countries joined the reigning monarch Shah and Empress Farah.

The Plain Truth went onto recount, “One emperor, eight kings, three ruling princes, twelve presidents, ten sheiks, two sultans, three prime ministers, a cardinal, two vice-presidents and a host of other official designates gathered at the ancient Persian capital of Persepolis for what was billed as ‘The Banquet of the Century.’”

Shah Reza Pahlavi addressed the historic assembly by exhorting them to take on the “spirit of Cyrus.” He told them, “All the people of the world, irrespective of race, nationality and social condition, share the desire for a world free from fear, anxiety, and the constant threat of annihilation.”

He reminded his guests that King Cyrus had ruled and conquered yet also given care and attention to his citizens, possessions and dominions of empire. That mid-October, he made an emphatic call for world peace.

“Let us hope that with unity of thought and action among all men and women of goodwill in the world, once again, a new page of history will be turned in our time, a page on which there are 170 traces of darkness, want, ignorance, disease, hunger, discrimination and injustice. Let us hope that our children will forever live in a world free from fear and insecurity, and that their lives will be full of nothing but light” (ibid).

That same year on January 27, Mr. Armstrong wrote to supporters reminding them that in Tehran “we have many friends at the top” of leadership and with whom “we were able to arrange dinners or receptions in their honor” enabling the delivery of the Matthew 24:14 good news witness. He returned on March 26 for refueling of the Gulfstream ii en route to meetings in Sri Lanka and Israel.

By the end of the following year, the Bulletin reported, “On January 10 they will proceed to Teheran, where Mr. Armstrong will be received by the Queen and the sister of the Shah, and perhaps the Shah, if the oil crisis and his schedule permit such an audience at that time” (Dec. 31, 1973).

Months later, the unveiling of Ambassador Auditorium on Ambassador College’s Pasadena, California, campus, underscored the strength of relations with the Mideast country as its grand lobby showcased two 650 pound, 802 piece Baccarat crystal candelabra used by the Shah two years before, at the 2,500th anniversary celebrations of the Persian Empire.

A Japanese government delegation was assembled for a mission to the oil-rich Mideast at the same time Mr. Armstrong was scheduled in the region. Some of the Japanese politicians had already visited Ambassador College and were instrumental in introducing him to foreign dignitaries. It was their suggestion to merge the respective trips. “Mr. Armstrong then invited them to fly with his party instead of going by commercial airlines. They accepted. This will swing open doors for us in Iran, Kuwait, Egypt and elsewhere. Everywhere we go, we will be an official part of the Japanese delegation” (Bulletin, Feb. 12, 1974).

On Dec. 16, 1975, the publication wrote of another scheduled meeting that month between Mr. Armstrong and Iran’s leader. Its Aug. 24, 1976, edition highlighted the interaction between the two under the auspices of Ambassador International Cultural Foundation, pointing to established “cultural educational projects with the Shah of Iran.”

By March 1979, conditions had dramatically changed. The Plain Truth cover featured a burning photo of the monarch and reported, “The focal point of the escalating crisis in the strategic Persian Gulf-Indian Ocean region is strife-torn Iran, whose beleaguered leader, Shah Mohammed Reza Pahlavi, has been forced into virtual exile as contending political and religious forces vie for his power. Threats of continued violence in Iran and neighboring countries are fraught with grave implications for the Western world.”

The revolution and takeover by Islamic clerics headed by the Ayatollah closed the door on future personal audiences with the Shah and Iranian dignitaries that had been open to the internationally recognized ambassador for world peace and the gospel message he delivered. Exiled to Egypt, the Shah died in 1980.

In 1986, Mr. Armstrong died at his home on Ambassador College. Tragically, his legacy of proclaiming peace evaporated as those charged with its perpetuation disavowed it.

Iranians who celebrated the leadership of Cyrus and Persia’s empire can be encouraged by the restoration of the legacy and work of the unofficial ambassador so beloved and venerated by world leaders. The combined work of Herbert W. Armstrong College, Armstrong Foundation and Armstrong Auditorium, remind, revive and raise to the global consciousness that honored legacy propelling it onward today. You may be surprised to learn that those same crystal candelabra commissioned by the Shah and featured by Ambassador Auditorium are today on display in the grand lobby of Armstrong Auditorium.

Download The King of the South along with Ezra and Nehemiah—Building God’s Temple to understand where present-day events for Iran are leading and how the “spirit of Cyrus” will be revived and lasting peace established.