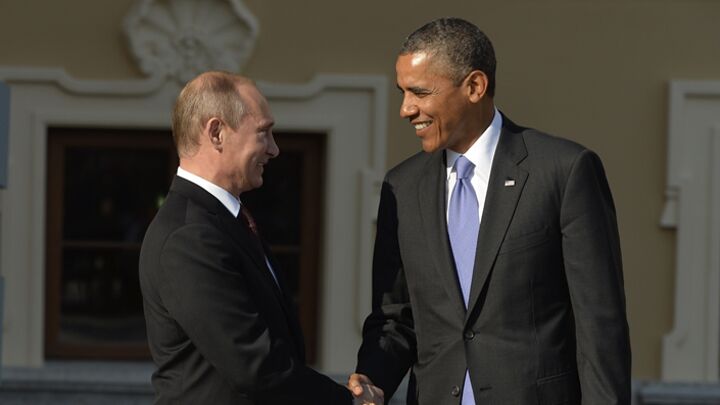 America abandoned central Europe to try and make friends with Russia—and got nothing in return.

Russia’s confirmation that it has Iskander-M nuclear-capable missiles stationed in Kaliningrad—the small Russian enclave bordering Poland and Lithuania—is perhaps the most conclusive proof possible of the failure of America’s recent foreign policy.

The Iskander-M is no Soviet relic. It is a thoroughly modern missile, designed to evade and confuse anti-missile systems. Probably battle-tested during Russia’s invasion of Georgia, Russia considers it “the most effective and deadly nonstrategic (and even perhaps strategic) ballistic missile in existence”—according to Stratfor emails revealed by Wikileaks last year. “Its high velocity allows the missile to penetrate antimissile defenses,” states the email. “It can fly low and make evasive maneuvers in order to prevent interception by surface air missiles.” The missiles are capable of carrying a nuclear warhead, but Russia has not admitted to developing one.

How did these missiles end up on Europe’s borders?

It’s an interesting question. Because in 2009, Russia promised not to put these missiles in Kaliningrad.

Until September 2009, the United States was planning to build a ballistic missile defense shield in central Europe. Russia hated the idea, and so in November 2008, Russia said it would respond by deploying Iskander missiles in Kaliningrad. In September the next year, America backed down. It canceled the project and replaced it with a much smaller initiative. America’s retreat was due to “Russia’s uncompromising position on the issue,” boasted Mikhail Margelov, chairman of Russia’s foreign policy committee. In return, then Russian President Dmitry Medvedev promised to cancel the Iskander’s deployment. Spiegel Online titled its article on the subject: “Sense of Triumph in Moscow: Euphoria Over Obama’s Decision to Shelve Missile Shield.”

Then Russia decided to see if it could get more out of the U.S. It objected to even the scaled-down project—raising the prospect of Iskanders once again. And so, again, America backed down. Its most recent concession was in March this year, when it canceled the final phase of the scaled-down missile shield. This phase was Russia’s main objection for the whole plan.

This missile defense system is at the heart of the infamous incident where U.S. President Barack Obama was accidentally miked telling Mr. Medvedev that he’d have “more flexibility” to negotiate after the presidential elections.

And now we find out that, despite all America’s compromises, Russia quietly stationed Iskanders in Kaliningrad anyway. This weekend, Germany’s Bild newspaper reported that Russia had deployed roughly 10 Iskander systems in Kaliningrad at some point over the last year. Russian military sources claim they’ve been there for 18 months.

Through all those compromises, President Obama alienated some of America’s most loyal allies. After the September 2009 compromise, one Polish newspaper ran the headline “Betrayal! The U.S. sold us to Russia and stabbed us in the back.” Nations throughout central Europe no longer believe America will protect them.

This shift is perfectly illustrated in the changing attitude of Polish Foreign Minister Radek Sikorski. With a British education and American wife, Sikorski used to be one of the world’s most pro-American leaders. Not anymore. He’s now most famous for his statement in November 2011: “I will probably be the first Polish foreign minister in history to say so, but here it is: I fear German power less than I am beginning to fear German inactivity.” He went on to explicitly call for Germany to “lead” Europe.

Disillusioned with America, Sikorski sees a German-led Europe as his nation’s best defense against Russia.

On Thursday, EU leaders will hold their most important defense meeting in a decade. Did the German government leak these photos to the press just a few days before the meeting as a nudge for its EU colleagues to get their act together—as a reminder of Russia’s growing menace?

We can’t know the answer to that question, but a rising Russia is making central Europe nervous about its security. No central European country can, on its own, stand up to Russia. America has proved over the last five years that it can’t be trusted. That leaves a combined European military as central Europe’s best hope.

The EU is very good at holding useless summits. But whatever happens over the next few days, one long term trend is clear: Those nations threatened by Russia will now look to Europe for their defense—which means looking to Germany.

America has made central and eastern Europe so desperate for a reliable ally that they are turning to one of their main ancient enemies. And for all this, America got nothing in return. The compromises were a complete failure—Russia followed through with its threats even after America backed down.

It’s a lesson worth remembering as America tries to make even bigger compromises with autocratic leaders in Iran. We’re seeing a repeat of the last five years. America alienates all its allies in the region, forcing them to look to another power. And at the end of the day, the U.S. gets nothing for all its compromises.