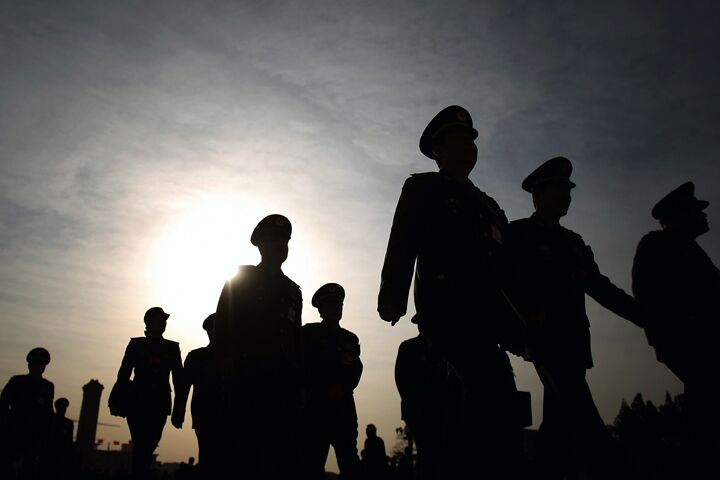 To what degree is the Obama administration willing to stand up to Beijing?

Just when it was beginning to feel like Beijing’s territorial claims over parts of Asia were growing a little less belligerent, the Chinese dropped a bombshell: “China announces the establishment of the East China Sea Air Defense Identification Zone in accordance with the Law of the People’s Republic of China on National Defense.”

That’s what China’s Ministry of Defense said on November 23, and the announcement included coordinates marking the borders of the massive zone that China says is now under the control of its air forces. The Chinese military is threatening to shoot down any aircraft in this new Air Defense Identification Zone (adiz) that “do not cooperate in identification or refuse to follow instructions.” And the zone includes airspace over some of the world’s busiest international shipping lanes.

What makes it a bombshell development is that the adiz includes the Senkaku Islands, uninhabited territory controlled by Japan but claimed by both Tokyo and Beijing.

Japanese commercial airlines took the threat seriously. Hours after it was issued, they were on the phones with Chinese authorities filing flight plans and making sure they were in compliance with Beijing.

On Tuesday, Japan’s most important ally, the United States, flew a pair of B-52s through the adiz, with U.S. officials saying America would continue to exercise its right to fly in international airspace. The U.S. recognizes Japanese control of the Senkakus and acknowledges that they fall under Washington’s security/defense agreements with Japan. Washington hopes that its decision to fly through the adiz, and its ongoing pledge to militarily back Japan will frighten the Chinese and prevent them from taking more aggressive action in the Senkaku dispute.

But is China actually intimidated by Japan having America in its corner?

The Chinese have just witnessed America abandon its longtime allies Israel and Saudi Arabia over the Iranian nuclear threat. This sent a reverberating message throughout the world, which Trumpet managing editor Joel Hilliker recently explained:

Washington’s willingness to sell out its Middle Eastern allies in order to come to terms with Iran is pivotal. It marks the end of U.S. influence in the region. … It puts all of America’s global alliances in doubt, leaving Saudi Arabias and Israels the world over scrambling for alternative arrangements to guarantee their own security. The fallout will be enormous.”

Never has such doubt hung over the U.S.’s commitment to its allies around the globe, and the adiz offers China a prime chance to test it—and possibly expose it.

One clue of China’s eagerness to test American resolve came just after the U.S. condemned the adiz announcement. In light of America’s security pact with Japan, this condemnation was routine and even gentle. But Beijing responded with fierce belligerence, ordering Washington to “correct its mistakes immediately.”

Why would China spout off such provocative rhetoric toward the U.S.? Wouldn’t the Chinese want to tread lightly in order to keep the world’s most powerful military far from the conflict?

These questions seem logical. But they are oblivious to the fact that Beijing’s main motivation for setting up the adiz was to further expose the U.S. as an unreliable ally. Stratfor said earlier this year that Beijing may view U.S. involvement in the Senkaku dispute as an “opportunity to reshape regional perceptions of Washington’s military commitment to Asia” (January 21). Since the U.S. is a war-weary power still struggling to extricate itself from a decade of conflict in Afghanistan, “Beijing is calculating that Washington will continue to seek to avoid new conflict in Asia” (ibid).

The Chinese know that the people of America are sick of being at war and of being hated by the world for “meddling.” Beijing is watching Washington toss its allies under the bus; it knows that, despite the rhetoric of an “Asian pivot,” President Obama yearns to shrink America’s footprint on the global stage. And Beijing can see that to most American leaders and people, the idea of being drawn into a conflict with China is simply unbearable, beyond serious consideration.

Furthermore, China views the outcome of any potential confrontation a question of will more than of military might. On this front, the war-weary Americans are at an overwhelming disadvantage against the rising Chinese.

The deterioration of America’s will to use its power was forecast decades ago by Herbert W. Armstrong, who pinned the blame not on the nation’s military, or even the president, but on the American people (Plain Truth, October 1961):

Unless or until the United States as a whole repents and returns to what has become a hollow slogan on its dollars: ‘In God we trust,’ the United States of America has won its last war! … The God America has deserted gave it its most humiliating defeat! What does the Cuban debacle mean? It means, Mr. and Mrs. United States, that the handwriting is on your wall!

Mr. Armstrong based this forecast on a biblical prophecy explaining what God would do with America’s will to use its power if the American people rejected God’s law: “I will break the pride of your power” (Leviticus 26:19). In the decades since Mr. Armstrong wrote those words, the people of the U.S. have increasingly rejected God’s law, and Washington has thrown varying degrees of its weight behind dozens of military conflicts. Each of the halfhearted efforts has sapped a little more of the nation’s pride in its power. In October of 2012, Trumpet editor in chief Gerald Flurry said so much of the country’s will had deteriorated that the prophecy had been fulfilled: “It’s no longer God saying, ‘i will break the pride of your power.” It’s now God has broken it! I’ve never seen America in such a low as this!”

The Chinese seem to recognize the U.S.’s shattered will to use its power. And they may well be preparing to put those tatters on display for the whole world. To understand what this means for the U.S. and the whole world, read the cover story from the January 2014 issue of the Philadelphia Trumpet, “What Happens After a Superpower Dies?”