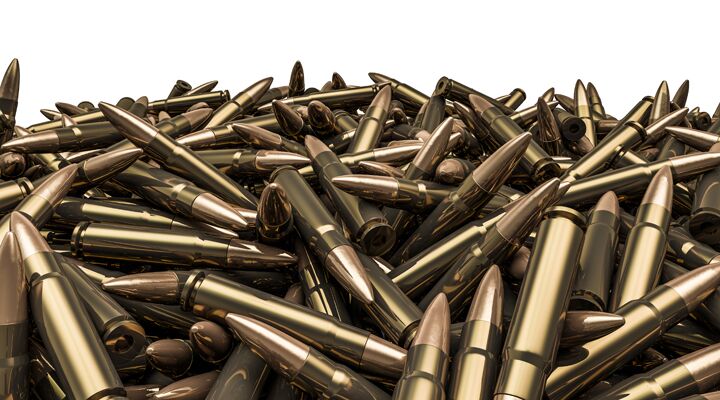 The EPA shuttered America’s last lead smelter. Was this a good idea?

Which is more important: that America is able to refine and process lead ore, or that the 2,800 people in Herculaneum, Missouri, have cleaner air and soil?

Actually, it doesn’t matter what you think! Unelected bureaucrats in Washington have already made the decision for you.

As of December 31, the last remaining lead refining plant in America will shut down. After well over 100 years of operation, the new, latest round of stricter environmental laws has forced its closure. One hundred and forty-five employees will lose their jobs. Another 45 contractors will be out of work. And America will no longer be able to produce refined lead from ore.

Environmentalists see this as a victory—cleaner air, cleaner water and a cleaner, safer world for all. Perhaps that is partially true. But does this plant’s closure really make America safer?

“For years families with children near Doe Run’s facilities have been exposed to unacceptable levels of lead, one of the most dangerous neurotoxins in the environment,” said Cynthia Giles, assistant administrator for the Environmental Protection Agency’s (epa) Office of Enforcement and Compliance Assurance back in 2010 when it became clear that the Doe Run smelter would most likely close. “Today’s settlement requires Doe Run to take aggressive actions to clean up their act and work to ensure that families living near the company’s facilities are protected from lead poisoning and other harmful pollution.”

Not everyone is happy. The news came as a blow to the small community that is dependent on the jobs, spending and taxes collected from the plant.

Many people had hoped that Doe Run would be able to retrofit the plant with new emission filtering technology and other upgrades to reduce pollution. There was even talk about building a completely new plant using different technology to process the ore.

But it all came down to this: The cost to meet the epa’s new environmental guidelines—which were 10 times more stringent than the previous standard—made it uneconomical to refine lead. So the jobs are gone and another industry bites the dust.

The closure of one lead refinery may not seem like that big of a deal, but its impact will go far beyond the 2,800 people living in Herculaneum.

The Doe Run Smelter was the last primary lead smelter in America. America uses approximately 1.5 million tonnes of lead per year. Doe Run supplied a whopping eight percent of this demand. With the Herculaneum plant shuttered, all refined lead (beyond scrap) will now have to be imported from other nations.

The closure of the Doe Run plant is not just an environmental issue—it is a national security one.

Lead is an economically critical mineral. It is used in both the solar power and wind energy industries. It is also used in cable coverings, roof flashings and radiation shielding for airport security, nuclear energy storage and medical applications. Lead batteries dominate the traditional vehicle market as well as the market for smaller fully-electric vehicles.

The bigger worry is that lead is also a militarily critical mineral. Without Doe Run, America may become dependent on foreign nations for its small arms ammunition supply chain. Components such as bullet projectiles, projectile cores and primers all require lead.

Without the Doe Run smelter, the domestic manufacture of conventional ammunition, from mine to finished cartridge, will be impossible. Ammunition can still be produced via recycled lead, but how long could that supply last if our access to imports was ever compromised?

America may have one of the biggest armies in the world, but is it really a superpower if it can’t even manufacture its own bullets?

The closure of the Doe Run smelter comes at a time when nations like China, Germany and India, and the world as a whole, are increasing refining capacity.

Instead of forcing the closure of Doe Run, the rational reaction should have been for the government to work with the company to both protect the environment and ensure the survival of this strategically important industry.

The Environmental Protection Agency has one goal: reduce pollution. It is the one government agency actually efficient at its job. But sadly, the cost has been catastrophic for American industry, manufacturing capacity and national security.

Consider America’s electricity generating industry. Right now there are new regulations from the environmental protection agency on coal demanding that power plants capture all the carbon that comes out of a coal plant and bury it underground. They call it “carbon sequestration.”

But here is the problem. Commercial-scale coal sequestration technology doesn’t even exist—and yet the epa is demanding that these power plants somehow implement their new regulations—or face fines and ultimately be shut down. As Congressman James Lankford pointed out October 31 at Armstrong Auditorium in Edmond Oklahoma, carbon-capture technology only works in the laboratory. Small test facilities are under construction, but even those are having massive billion dollar cost overruns.

“I don’t have a problem with breathing clean air, I really don’t, I kind of like it in fact, but I do have a problem when the government steps in and says, I’m going to require you to do something that doesn’t exist yet,” said Lankford. “This is the moment, as a nation we have to have rational conversations on [these] big issues.”

America’s copper smelters are being forced out too. There are now only three left in the U.S. And copper is used in even more applications than lead. Because of America’s lack of copper smelting facilities, much of its copper ore must be shipped overseas to be processed before being shipped back. How long will it be before America’s last copper smelter closes and all copper will have to come from overseas?

During America’s war of independence, it learned the hard way what it meant to be reliant on foreign powers to supply strategic materials and equipment. That is why America’s founders set up a national policy of military and industrial self-sufficiency. They saw it as essential for the security of the nation.

But now politicians in Washington think they know better than our founders. And unelected officials at the epa are transforming the nation.

Shouldn’t America be militarily self-sufficient? Shouldn’t we encourage more industry, manufacturing and jobs, and still work to have a clean and safe environment? Wouldn’t that be the rational thing to do?

I’m sorry, I forgot. It doesn’t really matter what you think. The bureaucrats in Washington have made the decision for you.