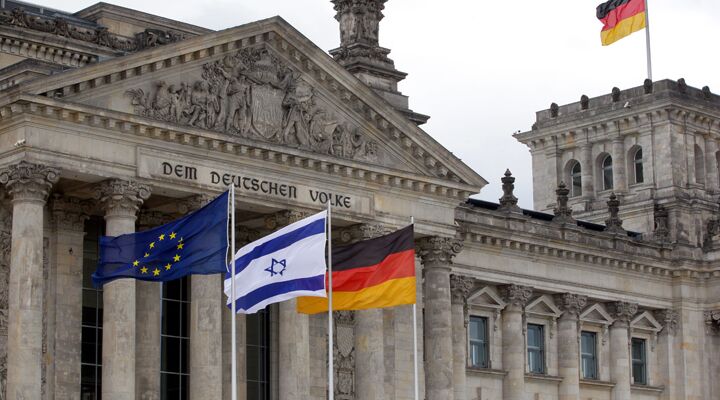 An ‘unprecedented event’ bonds the two countries for the short term.

The Leadel Berlin Conference, with its theme of innovation and inspiration, was a combined initiative between Tel Aviv and Berlin. Organizers claimed, “The aim of the event was to explore the true meaning of innovation, creativity and success in today’s challenging economic, social and political environment, and inspire the participants through hearing about success stories of Jewish innovators and entrepreneurs.”

Israeli organizers chose the German capital because, “Over the past decade, Berlin has become a creative hub—home to thousands of writers, artists, and musicians. Its inspiring environment and rapidly growing start-up scene has transformed it into a destination for both locals and expatriates alike. Accordingly, it is no surprise that Berlin is home to one of the fastest-growing Jewish communities in the world today. The means through Berlin has developed into such a modern, multicultural metropolis serves as an ideal foundation from which to explore concepts of innovation and inspiration in today’s evolving world” (sic).

Students from Israel’s Shenkar College of Engineering and Design, attended and made presentations sourced from 26 of their diverse projects. Other conference attendees came from Germany, France, Switzerland and the United Kingdom.

Israel’s government has encouraged this and other occasions of Jewish-German and European collaboration. “This was an unprecedented event bringing together some of the biggest names in global innovation and business to sit together, speak to and interact with young Jewish professionals,” said Dr. Moshe Kantor, president of the European Jewish Congress.

He added, “This was the ‘Start-Up Nation’ meeting Europe, and I hope that the event helped the younger generation, through meeting with entrepreneurs and inspiring and successful businessmen, to connect to being Jewish through business innovation and success. Through the presentation of Jewish models of success, whose Judaism is a significant part of their identity, the event will take European Jewish and Israeli innovation to the next level.”

Germany is one of Israel’s largest trading partners and has sought to expand that trade relationship, as evidenced by increased air transport between the countries and cooperative agreements across the fields of entertainment, medicine, science, technology, biotech, agriculture, transportation, manufacturing and the military.

It was only last year that Israeli Prime Minister Benjamin Netanyahu was in Europe asking for the bloc’s aid to deal with the ongoing nuclear threat from Iran and incessant summer rocket attacks from Iran’s allies just across Israel’s border. He was encouraged by the German chancellor’s past and present statements regarding Germany’s moral duty to protect Israel. By the end of the year both the chancellor and the EU foreign policy chief had issued statements supporting Israel’s right to protect itself from attack.

The modern-day bond this project reflects was foretold long ago to be fulfilled in our time today (Hosea 5:13).

“Why does Judah go to Germany?” asks editor in chief Gerald Flurry in his booklet Hosea—Reaping the Whirlwind. He explains:

Last year, the world witnessed the expansion of radical Islam, led by Iran, across the Mideast and North Africa. This resulted in the collapse of a 30-year peace period between Israel and Egypt and cast the region into tumult. With U.S. foreign policy historically insular and the country’s military withdrawal from Iraq and Afghanistan, Israel is left more vulnerable than ever. Its current economic partnership with Germany appears set to expand to a military one under the auspices of peacekeeping (Daniel 11:40).

While the Jewish people would feel secure from their regional enemies under German-EU protection, they would be shocked to read the ancient Prophet Obadiah’s declaration of a modern-day deceptive peace agreement set to fatally wound the country (Obadiah 7).

Bible prophecy foretells grave consequences for the American, British and Jewish peoples in Israel as a result of this perceived comfort in the arms of Europe’s economic powerhouse (Hosea 5:5). Read our free publications Hosea—Reaping the Whirlwind and Jerusalem in Prophecy to understand where these prophesied events are ultimately leading.