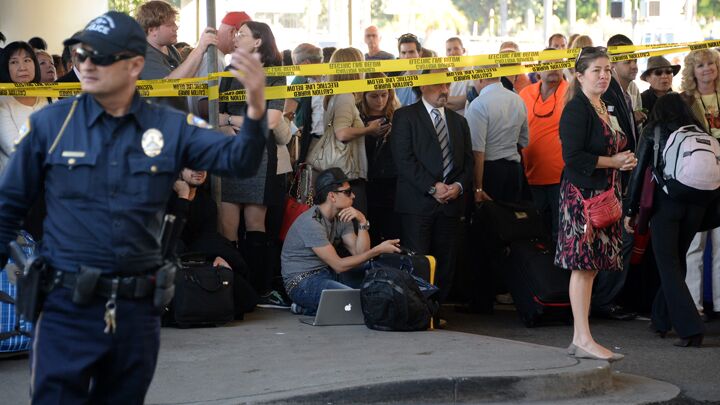 Fewer guns? More guns? There is a better way to prevent shootings.

After a weekend of scurried investigation, law enforcement agencies are piecing together the details surrounding Friday’s shooting at Los Angeles International Airport. What is being revealed is not reassuring.

In essence: It is almost impossible to stop these kinds of attacks.

When Paul Ciancia walked into LAX, he looked like any other passenger. He was an unemployed motorbike mechanic that was supposedly going to visit his sick father. His roommates didn’t notice anything wrong. One of them actually drove him to the airport. Some high school classmates later revealed that he was a bit of a loner and bullied, but who hasn’t experienced some form of bullying before?

Then something snapped. On Thursday, Ciancia texted a family member that he was depressed. It worried his family enough that they asked the police to check up on him. When the police arrived, Ciancia’s roommates assured them that he was fine.

Hours later, at 9:20 Friday morning, it took just a moment to go from normal-appearing citizen to psychopathic murderer. As he walked up to a Transportation Security Administration checkpoint, he opened a bag, pulled out a .223-caliber rifle and began shooting “point blank range,” according to a court document filed by an fbi agent. The first agent he killed was Gerardo Hernandez, a behavior detection officer trained to spot suspicious people and activity.

After shooting Hernandez, he began going person to person asking, “Are you tsa?” in an effort to kill more agents. A note written by Ciancia said, among other things, that he wanted to prove how easy it is to get a gun into the airport.

Eventually, armed police officers brought him down, but not before he had killed one agent and injured three more people. It could have been much worse. Ciancia had five clips of ammunition carrying over 100 bullets.

Airport Police Chief Patrick Gannon said that tsa officers are not armed, but in light of this shooting that may need to change.

But will arming the agents tasked with finding contraband really make the airport safer?

We’ve seen it all too often: A massacre takes place; politicians project indignation; they enact new laws—and little really changes. Last year 32,000 Americans died in front of the barrel of a gun. A little more than half were suicides. Tens of thousands more were shot but lived.

In 2001, with the Columbine massacre still fresh on people’s minds, Gerald Flurry wrote an article titled “Why School Violence.” In it he warned that the violence in our schools and workplaces was set to dramatically increase. “Today they are becoming commonplace. They can happen anytime, anywhere—with little or no warning.”

Twelve years later, the violence has moved far beyond the schools.

But there is a reason for and a solution to this violence. As Mr. Flurry wrote,

[F]or more than 60 years we have been explaining that answer—via radio, television and the print media—to anyone who will listen. The answer to the school violence problem is clearly revealed in God’s instruction book for mankind: the Holy Bible. …Curbing school violence must start in the home. It’s all about family. Then, after that, the problem must be addressed in schools and work places—and eventually, peace will spread to the nation and the world. That’s exactly how God will bring peace to this entire world when Jesus Christ returns! He will use family government and law to do it.