Tokyo may soon receive Washington’s blessing to act like the military giant it is. 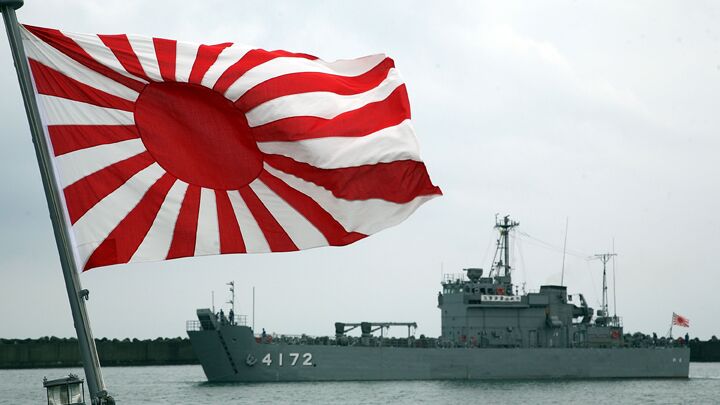 Tokyo may soon receive Washington’s blessing to act like the military giant it is.

After Japan wreaked some of the worst brutality in history and then surrendered in World War ii, nations were eager to ensure that would never happen again. First came Article 9, the clause America wrote into Japan’s postwar constitution that restricts the nation from building a military any larger than it needs for the self-defense of its immediate geographic arena. Then came the Treaty of Mutual Cooperation and Security between the United States and Japan, which, among other things, codified Japan’s dependence on the U.S. for its defense.

Now, six decades later, this military cooperation pact is undergoing big changes. As a result, for the first time since World War ii, Japan could soon officially have first-strike capabilities against potential threats and be allowed to engage in collective self-defense.

Many U.S. policymakers say it is wise for Washington to encourage Tokyo to take on a more assertive military posture in Asia. After all, North Korea is a loose cannon, China is increasingly belligerent and the war-weary American people are tired of policing every corner of the world.

But these changes have profound implications, both historically and prophetically.

On October 3, U.S. Defense Secretary Chuck Hagel and Secretary of State John Kerry met with their Japanese counterparts in Tokyo to discuss their two nations’ security pact. While Washington has called all previous meetings about the pact, Japan asked for this one.

During the meeting, Japanese officials deployed plenty of the usual rhetoric about wanting America to keep ensuring security in Asia. Afterward, however, the Japanese said they’ll foot a $3.1 billion bill to help move 9,000 American troops out of Okinawa. Japan wants to break free of the U.S. military; this is just one of many steps it will take toward that end.

Tokyo’s true purpose for the conference was to work toward expanding its own military role. A joint statement afterward said Japan is “reexamining the legal basis for its security including exercising its right of collective self-defense, expanding its defense budget, reviewing its National Defense Program Guidelines, strengthening its capability of defending its sovereign territory” and more. The U.S., the statement said, “welcomed” all these efforts.

Before the meeting, an unnamed Pentagon source said the two sides would also “start the process for reviewing” a lift on the ban that outlaws Japan’s first-strike capabilities. Although statements released after the meeting made no mention of lifting that, the wheels of this monumental change may well be in motion.

Is there anything wrong with America letting Japan expand its military power so it can help look after U.S. interests in the region? Isn’t Japan a reliable, trustworthy, peaceful nation? For the answer, consider why Article 9 was written again. Many nations, particularly among Japan’s neighbors that experienced the war that gave birth to Japan’s pacifist constitution, view a rearming Japan with deep anxiety rooted in history (“A Savage History,” page 16).

For decades, that history has restrained Japan from being overly bold or open in its military activities. Now, however, three factors make Japan less concerned about appeasing those who fear a revival of its militaristic nationalism: Japan’s dwindling faith in America’s security promises; its rising tensions with China and the Koreas; and its desire to be viewed as a world power in its own right, complete with the ability to defend its national interests.

These factors have caused Prime Minister Shinzo Abe and other nationalists to intensify efforts to redefine Japan’s military as a full-fledged force. “I will do my best for the future and for amending the constitution. That is my historical mission,” Abe said in August. The October 3 conference showed that America is ready to help Abe achieve this “historical mission.”

But if the restrictions are lifted, would Japan behave responsibly? Are the new generations of leaders and citizens repentant over the nation’s past atrocities? Have the Japanese changed?

Tokyo has apologized for instigating aggressive wars, but the apologies have been regularly undercut by revisionist statements from top politicians.

In 2007, Mr. Abe wrote a newspaper article saying there is no evidence that the Japanese had kept sex slaves. Last year, the governor of Tokyo said the soldiers’ practice of keeping slaves was “necessary,” and “a good means of making money” for the women.

This year, Abe proposed scrapping several key government statements that Japan made in the ’80s and ’90s acknowledging its atrocities.

Is this just a handful of extremist politicians? Abe’s favorable rating among the Japanese public fluctuates between 60 and 70 percent and has been described as “stratospheric.” Domestic media seem unperturbed by his revisionist statements.

Textbooks used in Japan’s school system are notorious for glossing over or ignoring the country’s wartime barbarism. Some fear that since Japanese students aren’t learning this history, the nation is forgetting its past and new generations could be likelier to repeat it. Mr. Abe has addressed this, saying that he wants to further beautify Japan’s wartime history so Japanese children can be proud of their past!

The people of Japan embody many exceptionally noble traits. Their cultural and technological contributions have enriched the human experience for millions around the globe, and they have the same incredible potential that God gave to all human beings. But a dangerous number of modern Japanese view their nation’s wartime atrocities with pride. The history is being downplayed, and their potential for brutality remains.

As significant as gutting Article 9 would be, the reality is that Japan has long been building toward a military capable of more than defense. Late Trumpet columnist Ron Fraser explained, “The reality is that the sheer strength of current Japanese military power—let alone its potential for rapid growth—belies the intent of Article 9 …. [U]nder the cloak of Article 9 of its constitution, Japan—entirely of its own initiative and in its own national interest—has built one of the most powerful military forces in the world, a force with the capability of power projection far beyond the realm of self-defense. How soon will the world wake up to the fiction that a pacifist Japan continues to be content with a military role of purely self-defense?” (theTrumpet.com, August 8).

Gen. Douglas MacArthur and the U.S. officials who wrote Japan’s constitution were experienced and world wise. If they were around today, they would recognize Japan’s shifting tides and take action to reverse them. But, as the Prophet Isaiah wrote, American leaders today act like children (Isaiah 3:4). The biblical name for the United States is Manasseh, which in Hebrew means forgetful. Those leading America today are living up to this name: Like children, they are destitute in experience and forgetful even about very recent history.

As the U.S. snubs history, turns inward and ignores geopolitical shifts, the barriers established to prevent another world war are being systematically dismantled.