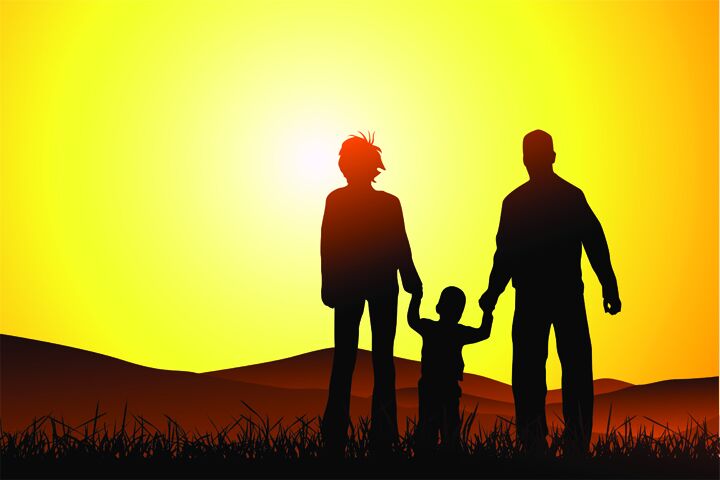 Feminists are pushing a new female ‘archetype’: childlessness. Will that really solve our problems?

This past August, Time magazine’s editors reached into the sure-to-stir-up-controversy bag and ran a cover with the headline “The Childfree Life.” The quip: “When having it all means not having children.” Being a father of four daughters and grandfather of six, I was curious to discover what was up. I have to admit I was deeply troubled by what I read. Let me explain.

I read the Time article “None Is Enough” several times to not only understand what was being said, but why it was being said. After mulling it over and reading other articles and a book related to the article, it became clear to me that people are not done attacking—with intent to destroy—the traditional institution of marriage and family. People have already done a pretty good job of destroying traditional marriage and family. However, a growing number of people want to ensure it is pulverized and blown away with the wind.

The American birthrate is the lowest in recorded American history. Between 2007 and 2011 it declined 9 percent. Childlessness has risen across all racial and ethnic groups. Lauren Sandler, author of the article, points out that the rise in childlessness is “both dramatic and, in the scope of our history, quite sudden.”

This means that the nation’s fertility rate dipped to 1.89 children-per-woman, which is well below the 2.1 children-per-woman replacement that a nation needs for demographic stability. A large imbalance is being created between retirees and the potential number of young workers to support them. National prosperity will decline significantly if this trend continues.

In her article, Sandler gives her view of why this trend will continue. She attributes the drop in birth rate to the invention of a new female “archetype”—a woman who chooses to remain childless.

This is a growing trend among women, Sandler says. She believes women are discovering fulfilling lives—without children. “Along the way, these women are inventing a new female archetype, one for whom having it all doesn’t mean having a baby.” Sandler shows little care for demographic destabilization. Her article is actually a diatribe against feminists who have chosen to have children, against women who embrace traditional motherhood, and against men who are concerned about demography because of their rejection of this new archetype.

Sandler is critical of Sheryl Sandberg’s book Lean In because it suggests ambitious women will have both careers and children. “It’s great that we’re in the midst of a cultural conversation about the individual choices and structural barriers that shape our lives,” she writes. “If you’re a woman who’s not in the mommy trenches, more often than not you’re excluded from the discussion. … With fertility treatment widely available, not to mention adoption, even clinically infertile women have more options than ever to become mothers, which increase the possibility that any woman who doesn’t will be judged for her choice.”

Sandler’s article says little to nothing about demography, but much about judgment. Sandler demands that no one judge any woman aspiring to the new female archetype.

Yet, where has choice taken women?

In 2012, Psychology Today reported that many young women who “have it all” experience a “deep sense of dissatisfaction,” depression and confusion. Psychologist Barry Schwartz calls this phenomenon the “paradox of choice.” He believes that many women become depressed, dissatisfied and confused because they have too many choices.

There is a fundamental lesson here.

Many young women who drive themselves to become doctors, lawyers or successful businesswomen—making fantastic salaries—still want marriage and motherhood. Avid feminists claim that young women feel that way because the overbearing old patriarchal cultureexpects them to. Actually there is another reason for this, which we’ll get to later.

Unfortunately, most young women who do get married and begin having children do not want to give up their career or salaries—they want to have it all. The outcome? Many women end up in a never-ending cycle: maintaining a career, taking care of a home, child rearing and generating the emotional energy necessary to sustain a well-oiled marriage. It is crazy to think any human being could make something like that work. Yet who takes the blame when having it all—career, marriage and family—doesn’t work?

For the new female the answer to that question is simple—it’s children. The solution: Don’t have any!

Sandler cites the advantages as stated by a woman childless by choice. “I do get to do all sorts of things: buy an unnecessary beautiful object, plan trips with our aging parents, sleep in, spend a day without speaking to a single person, send care packages to nieces and nephews, enroll in language classes, [and] go out for drinks with a friend on the spur of the moment.” On the subject of the demands of parenting, Sandler quotes another woman who said, “It takes all of you, I don’t know that I want to give it all.” Sandler also mentions that one woman referred to raising children as “glorious martyrdom.”

Why Have Kids?, a book written by Jessica Valenti, is considered to be one of the groundbreaking books of the new female archetype. Valenti states that her book is meant to anger people and incite discussion. The tone of the whole book is one of defiance. She does an effective job of portraying traditional marriage roles and parenting in the most negative of ways. She is definitely a feminist believer in the notion that child rearing is “drudgery.”

Valenti quotes one mother as saying, “Kids whine, they cry; they ruin movies and vacations. I once had to get off a train because my kid was crying so hard. I’ve exchanged words with an old lady at church who told me my kid needed to stop whispering and was rude. I’ve lost my temper in public.” Who has the problem here, the mother or the children?

Reading and attempting to digest all of what I read from Sandler and Valenti, I had to ask myself, “How did family get so complicated?”

The Right Model of Family

Actually Jessica Valenti answered that question for me. She writes, “We need to do away with the idea that there is a ‘natural’ way to parent—whatever way we choose to parent is the natural way.”

There it is. Marriage, the husband’s role and the wife’s role, family, the child’s duty toward his or her parents—all these basic concepts have gotten so twisted, distorted and complicated because everyone wants to do their own thing!

Valenti, Sandler and the majority of people in Western society and really throughout the world no longer believe in absolutes. Few people accept that there is one absolute model of family that works. Jessica Valenti states: “At the heart of the traditional family there has always been the belief that children need a mother and a father, and that those roles within the family unit are distinct and largely formed around gender difference. The mother is the caretaker, the father the breadwinner and disciplinarian. But today the American public no longer thinks, for the most part, that traditional gender roles and marriages are best.”

This thinking is absolute confusion. Because this kind of thinking is unlikely to change, society is headed for disaster.

The Prophet Samuel lived during one of the most difficult times in Israel’s history. Our time is much like his. He summed up the problem of that time succinctly: “Everyone did what was right in his own eyes” (Judges 21:25; English Standard Version).

To come out of confusion and experience supreme happiness, humanity has to stop doing what is right in its own eyes.

Laws exist that govern human life—including family life. If we keep those laws, we are guaranteed happiness. If we break those laws, they will break us. These laws are summarized in the Ten Commandments (Exodus 20:1-17). This perfect law gives us the perfect model of family. Deep understanding of these laws shows us how to make family work. Until we get back to the biblical model of family, men, women and children will be confused, depressed and dissatisfied.

Isn’t it time our highly intelligent, well-educated but seriously self-absorbed women quit blaming their dissatisfaction with life on marriage, motherhood and child rearing?

God Is a Family

The trend toward childlessness reveals a growing mindset in modern feminist-oriented society that is totally self-centered and selfish. However, the problem is not just with women: Men and children are also self-absorbed, self-centered and selfish. This is the problem all men, women and children battle every day. Few face up to that battle, so we point the finger at each other. We all want live life our own way.

This is not new. It has been this way since God created man. Mankind is so absorbed with material things—having it all—that we have grown far from God and understanding His purpose for creating family.

God’s purpose for man is truly astounding! It is all about family.

Few today believe in a Creator God. Most accept evolution as the origin of the universe, Earth and man. The Bible record challenges such preposterous thinking. “And God said, Let us make man in our image, after our likeness: and let them have dominion over the fish of the sea, and over the fowl of the air, and over the cattle, and over all the earth, and over every creeping thing that creepeth upon the earth. So God created man in his own image, in the image of God created he him; male and female created he them” (Genesis 1:26-27). A man and a woman (Adam and Eve) were created in God’s image and likeness for a profound reason: God is recreating Himself through man. This is the absolutely breathtaking reality.

Yet, there was even more excitement for this man and woman. “Be fruitful, and multiply, and replenish the earth, and subdue it: and have dominion over the fish of the sea, and over the fowl of the air, and over every living thing that moveth upon the earth,” God told them (verse 28). Adam and Eve were commanded to reproduce themselves—to begin a family to rule the Earth.

However, notice that before the newly created man and woman could begin a family, God married them (Genesis 2:24-25). It was God who instituted marriage and family—the roles of husband, father, wife, mother and even child. What was God’s purpose in this?

“Now, incredible as it may sound to those who do not understand the revelation of God’s truth—and only an infinitesimal minority does—God is a Family!” wrote Herbert W. Armstrong in his groundbreaking book The Missing Dimension in Sex. “And in man, God is reproducing His kind! Man has the supreme potentiality of being actually born into the very divine God Family.” In this book, Mr. Armstrong shows clearly that God designed romance, sexual attraction, the desire to marry and have children, and the human family because that is what God wants for Himself: a huge family.

A full understanding of God’s purpose adds great weight to the role of a woman and motherhood. It requires grave responsibility of a husband and father. God created human children to grow and mature slowly requiring family life. Animals do not have to be cared for by parents for nearly 20 years.

Family is not complicated when we build it God’s way. The real problem today is that people just don’t know how. You can build a wonderful family life! You can be thrilled at being a husband and father, or a wife and mother—if you are willing to let God teach and guide you along the way. Request or download your free copy of The Missing Dimension in Sex. It is a book all about family—pure and simple.