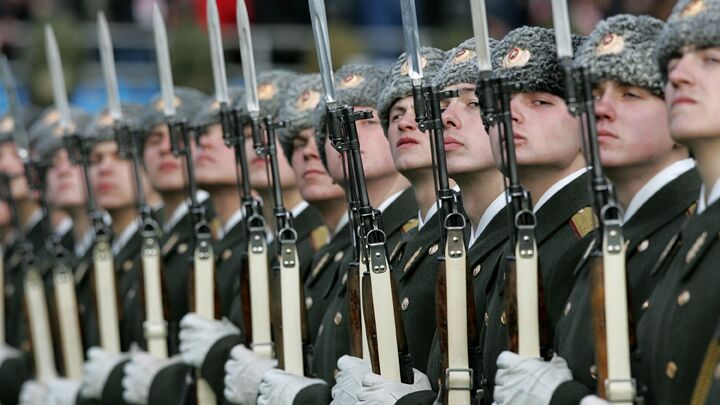 Moscow’s published budget says it is undertaking its largest rearmament drive in a generation, but the real scope of the increase far exceeds even what’s on the books.

Russia says it will increase nuclear weapons spending by 50 percent and overall military spending by 60 percent over the next three years. But savvy Kremlin watchers say the true breadth of Moscow’s military spending—both present and future—is actually far greater than what the Russians reveal.

The official Duma report released on October 8 earmarks $1.4 billion to be spent for nuclear weapons by 2016—a dramatic increase from this year’s $886 million. It says overall military spending will swell to $102.3 billion in 2016, up from $63.5 billion this year.

Moscow admits that these spending boosts come during rough economic times for Russia. It says they will contribute to the largest budget deficits the nation has ever run. Yet Langley’s Intelligence Group says there is substantial spending the Kremlin is still concealing.

“[T]he budget put forth by the Duma’s defense committee cannot accurately reflect either the real cost of Russia’s growing expenditures on nuclear and conventional forces or the real size of deficits being run up to finance increased military spending,” it wrote on October 16.

Consider, for example, the $886 million figure for 2013. Russia says that was the total amount it shelled out for all of its nuclear weapons initiatives for the entire year.

Could all this be covered by $886 million? U.S. military analysts say that if America decided to build Borey submarines, the cost per vessel would be around $1 billion.

The $886 million figure is a fiction. A fraction. A silly understatement.

Lies from Moscow are nothing new. The true defense spending of the Cold War era Soviet Union was a state secret, and so is Russia’s today. The difference is that U.S. leaders today are buying the Duma’s figures and making foreign policy accordingly.

Those who believe the Duma’s propaganda believe Russia is spending about one tenth what the U.S. is shelling out for defense. So they call American spending grossly excessive, and work to reduce it. Langley’s addressed this saying the Duma’s figures are “transparently false to the point of absurdity, since the Russian armed forces outnumber those of the United States in every category and are embarked on ambitious modernization programs, while the U.S. military is cutting its budget.”

Russia’s resurgence as a military power, and its efforts to downplay the scope of that resurgence, should concern Washington. But instead, the Kremlin’s boost comes as the U.S. is making defense cuts that have already diminished its military readiness, and will soon reduce its actual military capabilities.

As sobering as America’s naivety about Russia’s resurgence is, the most significant aspect of it is actually the catalytic effect it will have on European unification. Trumpet editor in chief Gerald Flurry explained this back in 2004 when the dictatorial intentions of Russian President Vladimir Putin were becoming undeniable:

A more dictatorial Russian government is coming fast …. That power will be able to challenge Europe when nobody else can, including the U.S. … The Europeans still remember how violent Russia was in World War ii, and Russia is a close neighbor with massive piles of nuclear weapons. … The Russian election is triggering a fear that will hasten the uniting of the European Union” (January 2004).

A look into the Kremlin’s foreign policy and its suppression of domestic dissent shows that the “more dictatorial Russian government” is now undeniably here. It is fully committed to military resurgence, and the Europeans are taking note.

To understand the significance of these trends, order a free copy of our booklet Russia and China in Prophecy.