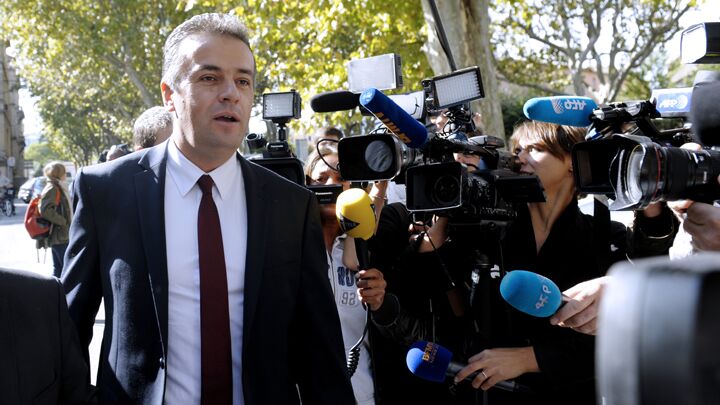 The far-right National Front party is the most popular party in France, according to a poll published October 10. Just days later the party won 53.9 percent of the vote in the second round of a by-election in southern France. It’s becoming increasingly clear that the party is experiencing a massive surge in popularity.

The October 10 poll asked voters who they would vote for in the European Parliamentary elections in May 2014. Euroskeptic parties like the National Front tend to do well in such elections. But its high poll result is still a huge success for the National Front. It is the first time in history the party has topped a national poll.

Then on October 13, the National Front defeated all the mainstream parties in the town of Brignoles. It received the most votes of any party in the first round of the election on October 6. The top two candidates, the National Front’s Laurent Lopez and the center right Union for a Popular Movement (ump), then went head to head in a run-off.

“The significance of an election like the one in Brignoles—although it’s a tiny election in the scheme of things—is that it’s a test case of whether the FN [Front National, or National Front] can stand in the second round against the combined efforts of the other parties and succeed,” said James Shields, who wrote The Extreme Right in France.

The same trend was demonstrated last month in Austria. There, the ruling coalition barely held on to power, with 50.9 percent of the vote in elections held September 29. This is the worst combined result for the two parties since World War ii. Meanwhile, the anti-immigration Freedom Party won 21.4 percent—its largest total since 1999.

“Far right” is not a great label for the National Front—it is merely the most commonly used one. “Far left” would be just as accurate (or inaccurate). It doesn’t seem fair to group the likes of the National Front, the UK Independence Party (ukip) and Greece’s Golden Dawn together. They’re all very different parties with opposing philosophies and policies. But what they have in common is that they’re all part of one of the most important trends in Europe: the rise of the non-mainstream party.

Some of these are blatantly neo-Nazi, like Golden Dawn. The National Front has worked hard in recent years to distance itself from anti-Semitism. ukip is a libertarian party whose raison d’être is to get Britain out of the EU. In the Netherlands, Geert Wilders began his Party for Freedom to oppose Islam.

Each country has its unique flavor of non-mainstream party. Some seem quite sensible. Others are bad and dangerous. But all these parties are making historic gains. Voters across the Continent are fed up with mainstream parties. The political system doesn’t work, and voters want politicians from outside the system. They are prepared to vote for parties that used to be taboo.

The worse the economy becomes—especially unemployment—the greater the support for these parties. It’s no coincidence that Greece, the nation with the most extreme economic hardships, also hosts the most extreme fringe party.

A charismatic outsider who claims to have the answers could do well in any European country. That’s a danger the whole world should pay attention for. For more on this trend, see our article “How to Be Popular in Europe.”