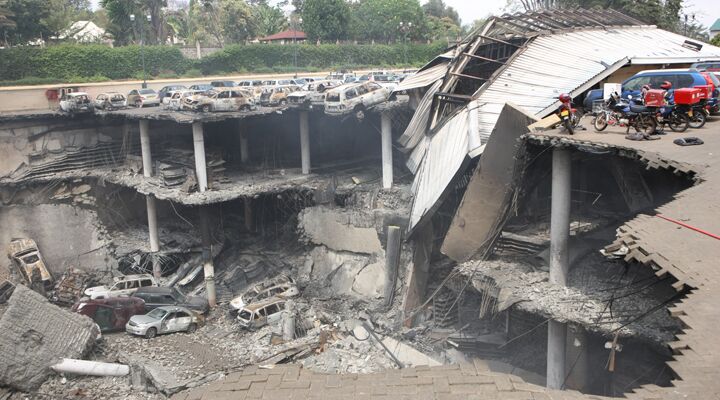 The terrorist attack resulted in 67 casualties, including five of an estimated 15 of the assailants. They chose the United Nations’ International Day of Peace—September 21—for their assault, to communicate their agenda. Via Twitter, al Shabaab also communicated its main motives for the siege: “hsm [Harakat al Shabaab al Mujahideen, meaning ‘Mujahideen Youth Movement’] has on numerous occasions warned the #Kenyan government that failure to remove its forces from Somalia would have severe consequences.”

Al Shabaab is an offshoot of an Islamist group that controlled much of southern Somalia until the Ethiopia-Somalia conflict of 2006. The group has been fighting the Somali government since. As we reported in the Trumpet Weekly, al Shabaab almost assassinated Somalia’s President Hassan Sheikh Mohamud on September 3.

Since the 2006 war, al Shabaab continued causing trouble in that region, particularly along the Kenyan border, until Kenya sent its troops to Somalia to extricate the militants in 2011. This accounts for much of al Shabaab’s grievance with Kenya.

But the Kenyan government was not the only victim al Shabaab Islamists attacked. The terrorists’ press office tweeted: “Only Kuffar [non-Muslims] were singled out for this attack. All Muslims inside #Westgate were escorted out by the Mujahideen before beginning the attack.” While there may have been a number of Muslims who were killed as “collateral damage” in the attack, it is clear that this attack was discriminatory.

In an e-mail to the Associated Press, al Shabaab claimed that it “carried out a meticulous vetting process” to separate Muslims from infidels. That process included random questions about the Islamic Prophet Mohammed’s mother’s name, certain koranic verses and the Islamic oath. Non-Muslims in the mall who couldn’t answer these questions were shot on the spot. Some of the bodies of the victims were amputated, castrated and/or were hung on hooks from the roof, with eyes gorged out and severed noses and ears.

Prior to the Westgate Mall attack, al Shabaab had been indiscriminate in their violent acts, killing Muslims and non-Muslims alike. Now, following strong criticisms from al Qaeda and others, al Shabaab is making its attacks not only political in nature, but religious as well.

“What this shows is al Qaeda’s acknowledgment that the huge masses of Muslims they have killed is an enormous PR problem within the audience they are trying to reach,” said Daveed Gartenstein-Ross, the director of the Center for the Study of Terrorist Radicalization. “This is a problem they had documented and noticed going back to at least Iraq. And now we see al Qaeda groups are really taking efforts to address it.”

The Associated Press obtained blood-curdling documents from an Islamic conference that detailed al Shabaab’s mission and this discriminatory jihadist approach.

Bible prophecy indicates that this religion-based bigotry will backfire.

In our Libya and Ethiopia in Prophecy special report, we wrote how, in 2011, Trumpet editor in chief Gerald Flurry “outlined how Daniel 11 also foretells that Libya and Ethiopia will realign to join an Iranian-led, radical Islamist camp. Watch for these far-reaching changes. Egypt and Libya are already in the midst of their transition, and Ethiopia is set to be next.”

Al Shabaab may contribute significantly to that final outcome, even though its strongest influence right now is in Somalia and Kenya. It is apparent that al Shabaab and similar terrorist groups can easily destabilize the Horn of Africa and North Africa regions. Its egregious acts of violence will inspire terror that will congeal radical Islamist states, headed by Iran, as the prophesied “king of the south.” But they also will incite a similarly discriminatory European retaliation much like the bloody crusades of old. So says the Bible.

Religious war is imminent, but it is prophesied to be the last this world will ever see. The reason is revealed in Mr. Flurry’s articles “Libya and Ethiopia Reveal Iran’s Military Strategy” and “The Last Crusade.”