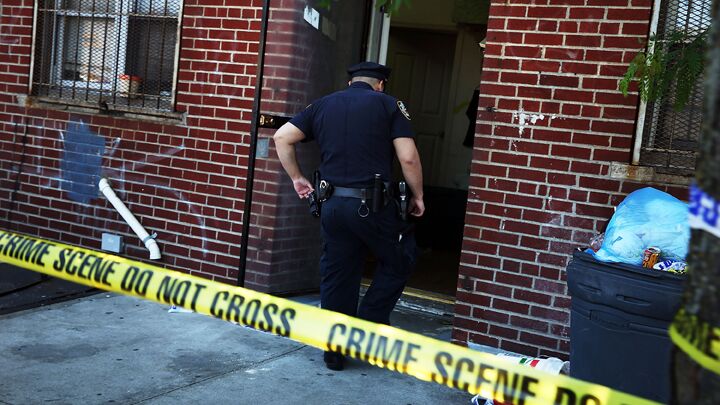 As violent crime continues to afflict the major cities of the United States, an increasing number of concerned citizens are taking the law into their own hands. This trend is perhaps most graphically demonstrated by a recent incident in Detroit, Michigan. After a 43-year-old Detroit man allegedly raped a 15-year-old girl with Down Syndrome on July 17, authorities delayed the processing of the case for over two weeks until an official rape test kit could be ordered.

While the police dallied, a group of outraged citizens took matters into their own hands—locating the suspected perpetrator and beating him repeatedly with fists and baseball bats. The Detroit community is torn, with some residents expressing horror at this act of vigilantism and others applauding the “justice” rendered by the attackers.

Thirty-four “justifiable homicides” were reported in Detroit last year, representing a 79 percent increase over 2011. A high-ranking Wayne County official told The Daily last year that a rise in “justifiable” homicides and vigilante justice has taken hold in the city as an overloaded court system turns a blind eye.

While “self-defense” killings in Detroit are currently 2,200 percent above the national average, other cities in America may soon start catching up. Residents of a Portland, Oregon, suburb recently decided to expand their definition of “Neighborhood Watch” and establish a “Glock Block.” Many, if not most, of the residents on this block have procured a hand gun, a concealed weapons license and a sign warning, “We Don’t Call 911.”

Criminal gunfire has become so common on the streets of Oakland, California, that even in neighborhoods that once seemed free of violence, residents are no longer shocked by reports of it. “It’s like, ‘Oh, another shooting,’” said Jan Hetherington, who has lived for 14 years in the Oakland neighborhood of Maxwell Park.

With budget cuts forcing Oakland to trim its police force by a third, residents have decided to pay for private security patrols, according to cbs Evening News. These security firms are technically only for the purpose of watching and reporting potential crimes, but some private citizens have started to post their own homemade “wanted” signs. Such an environment could soon begin to breed Detroit-style vigilante justice.

Nationwide, so-called justifiable homicides nearly doubled from 2000 to 2010, when 326 were reported, according to a Wall Street Journal analysis of crime statistics from all 50 states.

Violence committed by criminal street gangs and lone-wolf felons represents one of America’s most serious domestic security threats. In part because of concern about this threat, American citizens are buying weapons and personal firearms at a historically high rate. In the four years since Barack Obama was first elected president, an estimated 67 million firearms have been purchased in the United States—more than were purchased in almost seven years before his first election. According to a New Yorker magazine article from last year, there are now nearly 300 million privately owned firearms in the country.

In the fifth chapter of Ezekiel, God reveals that there will be a time of violent looting and rioting in the nations of America and Britain just before they suffer a foreign-led invasion. The proliferation of guns, the prevalence of crime and the rise of vigilante justice are all factors showing that America is nearing this episode of violence. For further proof of these claims and to learn how you can make sure your family is protected, read our article “As Gun Sales Rise, What Is Your Source of Protection?”