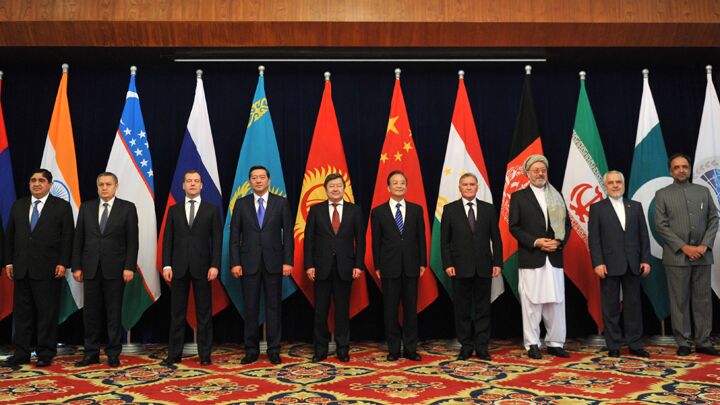 The Shanghai Cooperation Organization’s anticipated assimilation of India and three other nations will boost the bloc’s collective population to over 3 billion people.

India, Pakistan, Afghanistan and Mongolia are expected to be granted full membership in the Shanghai Cooperation Organization (sco) at its next summit, Pakistan’s former secretary general of the Ministry of Foreign Affairs, Akram Zaki, said Wednesday.

The sco is a Eurasian political, economic and military bloc dominated by Russia and China. It presently includes those two nations as well as Kazakhstan, Kyrgyzstan, Tajikistan and Uzbekistan. The admission of India and the three other countries would greatly extend the sco’s geographic reach, and boost the population it represents to just over 3 billion.

The expansion could transform the sco’s mission and bolster its geopolitical significance.

Since the sco’s founding, member nations have signed well over 100 cooperation agreements and have greatly expanded collaboration in economics, politics, security, culture and other areas. If the other nations are admitted, the cooperation will lurch ahead with renewed vigor and speed mostly because India, like China, is a rapidly growing economy with an enormous thirst for energy exports from Russia and the Central Asian nations. If an expanded sco stabilized Pakistan and Afghanistan, as analysts anticipate, it could allow gas to be transported into India and China via those two nations.

Bringing India and Pakistan into the sco would be a great boon to Moscow and Beijing, but it would be detrimental to Washington.

The United States may benefit from the sco’s efforts to snuff out Islamic extremism in Afghanistan and Pakistan, but India’s sco membership could also diminish rivalries between China and India, thereby decreasing India’s commitment to the United States as an ally. Similarly, a warmer relationship between Pakistan and the sco would boost Islamabad’s bargaining power with Washington, thereby reducing the U.S.’s power in the relationship.

The sco’s first decade fostered remarkable unity among the member nations, but the years ahead will prove even more significant for the Asian bloc as it expands to include new member nations and adds new goals and objectives to its mission.

China and Russia are the regional behemoths driving the cooperation of the East, and the sco is a vehicle they are using to attain that.

To understand the significance of a unified Asian bloc and how it is connected to the most inspiring and hope-filled event that Earth has ever seen, read Russia and China in Prophecy.