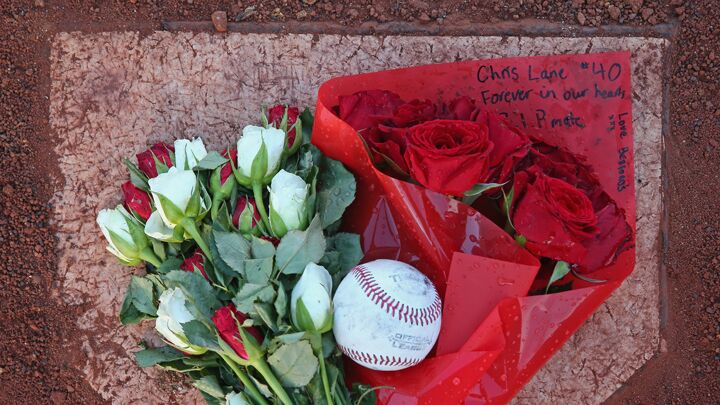 What really caused the shooting of Australian student Christopher Lane in Oklahoma this week? What is the solution to such senseless bloodshed?

I’m writing on this story because some have said, as an Aussie living in Oklahoma, it’s expected of me as it’s an “international incident” involving my home country and the country of my current residence.

However, the callous murder of white Australian student and star baseball player Christopher Lane by a posse of three “bored” youths, two of them black, is larger—much larger—than being an “international incident.”

It’s patently about one of America’s—and this world’s—most deep-seated problems—race.

The selection of Lane as the black youths’ victim in a drive-by shooting had obviously nothing to do with him being Australian. That fact was an unknown to his killers.

It had everything to do with Lane being white-skinned.

Coincidentally, before my attention was drawn to the detail of this story on Wednesday, I had dwelt for a moment in time during my morning class in International Relations on the biblical verse where the Apostle Paul declares that the Creator “hath made of one blood all nations of men” (Acts 17:26).

I mentioned to the class that though humankind varies in the hue of their skins, we all bleed the same color.

Christopher Lane was white-skinned, but he bled red, just as his young black killers would—one blood—“For the life of the flesh is in the blood” (Leviticus 17:11).

Yet human beings with their weakness for hatred of a person different to themselves—and innate jealousy for those who may be better off than themselves—too often ignore the reality of the common God-created blood that they share—proof of a common Creator of all humankind—and so often want to dwell on, and hate, the fact that others are physically different from themselves.

But, the reality is that, regardless of skin color, “the life is in the blood.”

I worked for six years with Australia’s black community, developing a number of real friendships with those of a different skin color to myself. Yet those six years awakened me to the reality of hatred that is stimulated by the politics of race.

Ben Stein has it right when he declares, “This is a part of the breakdown of the black youth in America. It has zero to do with the Second Amendment. It is pitiful that the msm [mainstream media] is so cowardly that they refuse to tell the truth about gun death in the U.S.: it is a problem of race, overwhelmingly. No one dare say it, but it’s true.”

Stein continues with a challenge to Washington and the media: “Now, will Mr. Obama get on tv and say that Chris Lane could have been his son or anyone’s son, that the real race problem in this country is not racism against blacks, but an astounding epidemic of violence among blacks, especially black youth? Will the media superstars start talking about the sickening worship of violence in the rap culture? Will anyone ever tell the truth again? Or is the fear of even a hint of an accusation of racism going to make us keep our blinders on?”

Well, I for one won’t be holding my breath waiting for a sensible commentary on the Christopher Lane murder coming from either of those quarters Stein mentions.

In fact, as the Trayvon Martin case verified, Washington and the msm have an entirely different agenda to that of exposing the real truth about race and race politics in America.

More than one astute, objective commentator (yes, there are still a handful left) has alluded to Washington playing the race card in its politics.

As a layman observer of American politics, it has been noticeable that, over the past half decade, the evidence certainly points to this political tactic. One just has to parse the political statements coming out of Washington being parroted and embellished by the puppet mainstream media to draw such a conclusion.

Ben Stein states a very clear, provable fact directly from U.S. crime statistics: “There are virtually no murders of blacks by whites (not none—just very few). There are thousands of murders of blacks by blacks each year, far more in one year than the Ku Klux Klan ever did. Will anyone ever tell the truth again?”

Commenting on the unbelievably banal liberal approach of those who attempt to explain away the Christopher Lane murder by diverting the story to one of needed gun control in America, Ben Stein hits the nail right on the head in terms of the most immediate cause of this senseless bloodshed: “And can a society which lies to itself about its most basic problems survive? This is a crisis. Absent parents. The gang control of thought. The scourge of drugs. These have created a catastrophe for the black community. That is an immense part of the youth of this nation. Occasionally the flood jumps its bounds, goes over the river banks, and kills a white person—and then it’s new—but we blame it on guns. Our media and our leaders just cannot tell the truth.”

Well, we’re with you, Ben, on that score. Our leaders “cannot tell the truth,” but we at the Trumpet sure can. Yet, we’ll go one step further. We shall tell America, Australia—the world—just what it is that is the real, fundamental cause of such senseless hatred and bloodshed. And while we’re about it, we’ll reveal the only solution to it!

Read our booklets, authored by our editor in chief, Gerald Flurry, No Freedom Without Law and America Under Attack. They reveal the cause, the effect, and the future result that awaits all humankind beyond this present increasing global disorder and lawlessness.

It all involves a collective mind-change among the masses of mankind of a nature that can only be described as miraculous. The sad fact is that we must endure, at this time, a continuing acceleration of situations such as that which involved Christopher Lane and his murderers on a far grander scale than just one drive-by shooting.

It’s going to take bloodshed on a vast international scale to turn the hearts and minds of the created back to their Creator.

That’s all prophesied in your Bible.

But so is the glorious outcome when the whole world will be given the opportunity to repent of their rebellion against God. That’s a great hope that you need to possess so as to carry you through these disruptive times through which we are all increasingly living. It’s the tremendous, incomparable hope of a far better future revealed in those booklets we offer, if only you will take the time to read them.