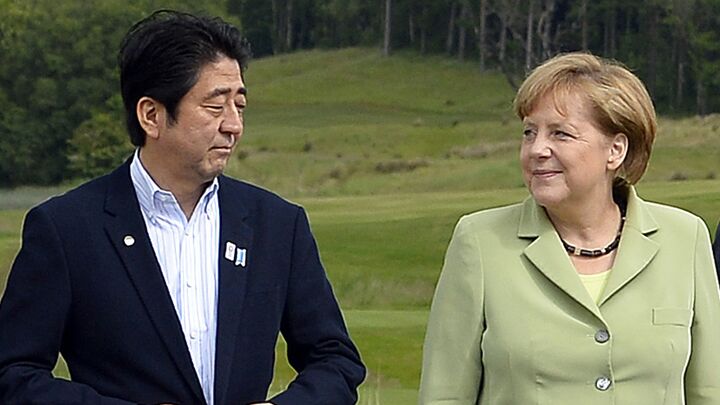 Germany is stepping up its alliances in both the Middle East and Far East through arms trade.

German arms trade with Gulf countries has accelerated markedly over the past two years. In addition, Germany is pressing in hard on penetration of the armaments market in Japan at a time when Japanese militarism is on the rise.

A recent report from the Russian news source Russia Today observed that German-manufactured armaments to certain Gulf states in the Middle East totaled a record $1.8 billion in 2012. The report mentioned that during the first half of 2013, this trade had already reached $800 million.

From a prophetic perspective, it is interesting to note that the trade with the Gulf states was centered on Saudi Arabia, Oman, Kuwait, Bahrain, Qatar and the United Arab Emirates.

Students of Bible prophecy will note that these countries significantly comprise a bulk of the nations that will be joined with Germany in a soon-coming alliance that will form around German leadership in preparation for its coming prophesied attack on Iran, known in biblical terms as the king of the south (Psalm 83; Daniel 11:5-6, 11).

What is also of interest is that, concurrent with Germany’s dramatic hike in armaments exports to these Gulf states, Berlin is active in developing a military alliance with its old Axis partner from World War ii—Japan.

German-Foreign-Policy.com reported Monday on what it termed “an alliance with tradition.” It noted: “Despite growing international criticism of rising nationalism and anti-democratic tendencies by the Japanese government, Berlin is intent on supporting the increasing strength of armaments for, and the accelerated training of, the Japanese Army” (translation ours throughout).

The German-Foreign-Policy.com report further noted that this heightened interest by Berlin in the Japanese defense establishment is occurring “[w]hile President Shinzo Abe not only wants to eliminate the pacifism law of the Japanese postwar Constitution, he also wants to remove the Fundamental Rights Guarantee.” Meanwhile, “the German armaments industry increasingly presses in on the Japanese market,” while the “Bundeswehr has also started a closer cooperation with the Japanese Self Defense Armed Forces” (ibid).

This increasing cooperation between Berlin and Tokyo involves Japanese military elites seeking to learn from the Bundeswehr’s experience via its mission in Afghanistan. It also involves enhanced cooperation between the navies of both countries at a time, German-Foreign-Policy.com notes, when “Japan is arming its fleet having special regard to territorial conflicts with China.”

On a more historic note, having regard to the old Axis alliance of World War ii, German-Foreign-Policy.com also observed that “[r]ecently, Japanese visited the memorial of the German War Marine in Laboe, where a memento from Japan was installed. It comes from the Yasukuni-Schrein in Tokyo, where last week several members of the government cabinet remembered convicted war criminals under heavy protests of countries once attacked by Japan.”

While this heightened military diplomacy between Germany and Japan is interesting in relation to the prospect of a revival of their old World War ii partnership, any such alliance cannot be long lived. For Bible prophecy declares that, ultimately, Japan will form a three-way partnership with China and Russia that will attack a German-led European power in alliance with certain Arab states—which our editor in chief has termed the “Psalm 83 alliance”—following its blitzkrieg attack on Iran.

The only obvious reason for the current Berlin-Tokyo rapprochement would be diplomatic, in the sense that it provides a counter to any prospect of aggression by Beijing in the Sea of Japan and South China Sea, in addition to offsetting increasing military cooperation in that region between China and Russia.

In this context, the strengthening alliance between Germany and the Gulf states will also serve to balance any overt moves by China to shore up its naval presence in the vital seaways that give it access to Middle Eastern oil.

These latest moves by Germany in both the Middle East and Far East are very obviously components of the imperialist strategy of Berlin’s elites as they seek to further their “Holy” Roman imperial interests, extending “south and east,” in direct accord with Bible prophecy for our time (Daniel 8:9).

These prophecies are detailed in our booklets The King of the South, Nahum: An End-Time Prophecy for Germany and Germany and the Holy Roman Empire. These booklets not only detail the Bible prophecies which today are so obviously being fulfilled by current world events, they also describe the God-guaranteed hope of a far, far better world that awaits their fulfillment!

It’s the knowledge of that great hope of Jesus Christ’s coming millennial rule on Earth that can really bring a sense of sanity and true peace of mind to every concerned, thinking person who observes today’s greatly troubled world scene and yearns for answers to life’s most vital questions (Philippians 4:7).