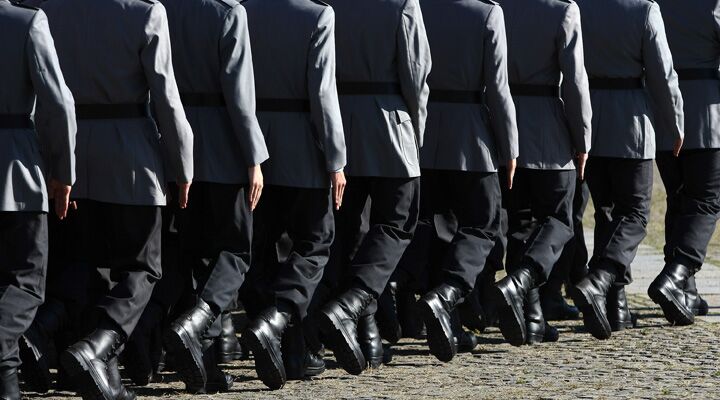 In a reflection of German elites’ imperialist vision, a new command structure emerges in preparation for ‘worldwide war operations.’

A recent release from German-Foreign-Policy.com reveals the following: “The German Army has set in operation a new command structure for worldwide war operations. The ‘Multinational Commando Operative Command,’ based in Baden Württemberg’s Ulm, shall guide the organization of the EU Battlegroups. According to their own statement they are prepared for ‘every imaginable mission’ in an intervention area of up to 6,000 kilometers distance—including the use of ‘highly intensive’ force” (August 8; translation ours).

That should send shivers up the spine of old diehards who remember the last time that Germany prepared for the use of “highly-intensive force” in “worldwide war operations.”

The German-Foreign-Policy.com release continues, “The Battlegroups are being trained regularly within the framework of special forces maneuvers. Their agenda includes support of parties involved in civil war ….”

To the generations blinded to the historic reality of past German aspirations for imperial power by half a century of miseducation and revisionist history, such a startling revelation of this latest Bundeswehr restructuring will mean nothing. To students of Bible prophecy it has most profound meaning.

You need to read our booklet Nahum—An End-Time Prophecy for Germany to fully understand the impact of this latest imperialist move by German elites. It is a good primer for further study of this subject using our booklet Germany and the Holy Roman Empire.

We will provide more detail on the significance of the Bundeswehr’s new command structure as further details come to light.

In the meantime, as the September German federal elections approach, we continue to declare, “Watch Germany!” That nation is prophesied to soon have a powerful effect on this planet through a third and final effort at gaining global power by “worldwide war operations.” The German-Foreign-Policy.com report indicates the recent restructure of the Bundeswehr brings that prospect one more significant step closer!