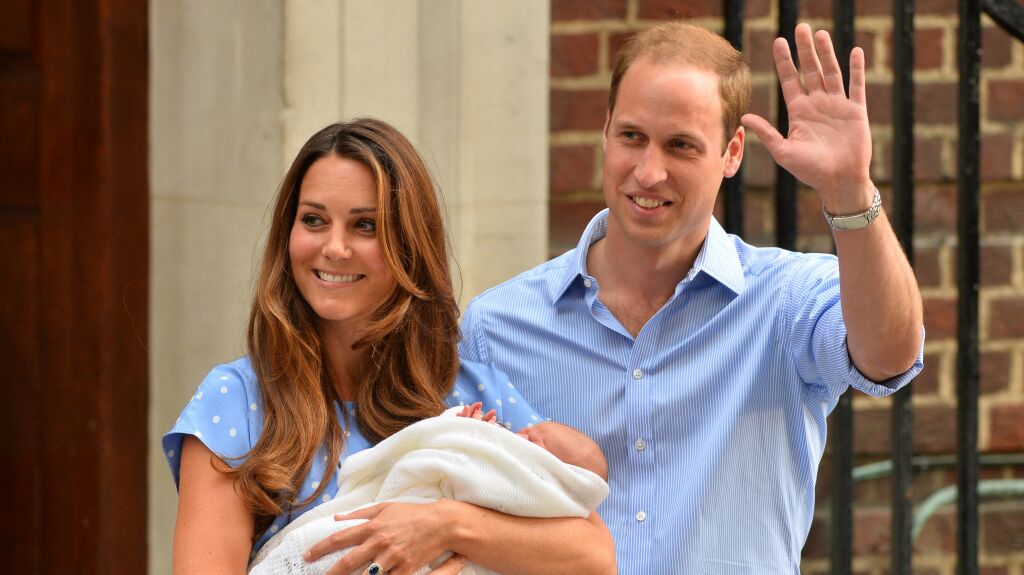 The London Evening Standard published an article on July 23 titled, “Will William and Kate Call for the Rabbi?” It said, “Queen Victoria, convinced that the British royal family was descended from King David, had all her male offspring circumcised. The tradition continued through Edward vii, the Duke of Windsor and Prince Charles, who was circumcised by Jacob Snowman gp at Buckingham Palace in 1948. His brothers Andrew and Edward also underwent the same procedure.”

Sadly, this article only scratched the surface of what Queen Victoria believed about the throne from which she ruled.

Any student of the Bible knows that circumcision is taught in the Bible. The ancient Israelites practiced it to demonstrate their belief in God.

Queen Victoria believed “the British royal family was descended from King David.” Did she know that God made a covenant with David that his throne would continue forever? Probably so. Did she also know that she was actually sitting on God’s throne (which we prove in our book The United States and Britain in Prophecy)—the very throne from which Christ is about to rule this Earth after He returns? Perhaps she did.

Did the Queen know that God promised in the Bible to punish the rulers on that throne if they forsook their part in God’s covenant with David? Her belief in circumcision would seem to indicate that she did. The author of the article had no interest in digging further into this mind-staggering subject, which would explain the true meaning behind Prince George’s birth.

Most journalists and scholars are not interested in deeply understanding the truth about that throne—to their own shame!

Much of the true history of that throne has been impugned, ridiculed and blotted out—except for a little remnant of believers. Herbert W. Armstrong and the Philadelphia Church of God have thundered that message to this world for nearly 70 years!

Over 6 million people have read Herbert W. Armstrong’s book The United States and Britain in Prophecy. Only a few have believed and committed themselves to that truth.

My booklets The Key of David and Jeremiah and the Greatest Vision in the Bible build on what Mr. Armstrong taught. (If you would like to request any of this reading material, all of our literature is free.)

You can’t understand the royal throne of Britain without discussing some of the many scriptures about it in the Bible.

The royal families are a part of God’s covenant with David because they sit on David’s throne. God gave them the honor, and with it came a heavy responsibility.

Here is God’s promise to King David: “And when thy days be fulfilled, and thou shalt sleep with thy fathers, I will set up thy seed after thee, which shall proceed out of thy bowels, and I will establish his kingdom. He shall build an house for my name, and I will stablish the throne of his kingdom for ever” (2 Samuel 7:12-13). God told David that his son Solomon would build His house, the temple, and that David’s throne would be established forever.

This is a universe-shaking truth! God said He would establish David’s throne forever! That is one of the most important promises that God makes in the Bible.

Queen Victoria probably knew that. But journalists and scholars don’t seem to have much interest in proving if that throne even exists—or the supreme magnitude of its importance! And it’s not all that difficult to prove.

That throne contains the only hope in this terrifyingly dangerous world! The very events you see unfolding before your eyes in this world are going to lead directly to Christ’s rule on David’s throne forever!

It’s time for mankind to wake up and see our magnificent future. “He shall be great, and shall be called the Son of the Highest: and the Lord God shall give unto him the throne of his father David: And he shall reign over the house of Jacob for ever; and of his kingdom there shall be no end” (Luke 1:32-33). Jesus Christ is not going to return and sit on a non-existent throne! He is going to rule from David’s throne—the same throne Queen Elizabeth sits on today.

That throne continues to this day in England because of God’s covenant with David. The king spoke of this covenant just before he died. “Now these are the last words of David: The oracle of David, the son of Jesse, the oracle of the man who was raised on high, the anointed of the God of Jacob, the sweet psalmist of Israel …. Yea, does not my house stand so with God? For he has made with me an everlasting covenant, ordered in all things and secure. For will he not cause to prosper all my help and my desire?” (2 Samuel 23:1, 5; Revised Standard Version). God made an everlasting covenant with David. The throne of David will never cease, even throughout eternity! (Isaiah 9:6-7). Anybody who sits on that throne today is a part of that special throne covenant made with King David whether they know it or not. Or whether they like it or not.

They also have a serious responsibility whether they realize it or not. Queen Victoria had some understanding of that responsibility.

God gave the rulers on that throne a clear warning in the Bible about how they would be corrected if they sinned. “I will be his father, and he shall be my son. If he commit iniquity, I will chasten him with the rod of men, and with the stripes of the children of men” (2 Samuel 7:14). God wanted to make the ruler His son (or daughter), and He would be their Father. The Hebrew word for “name” in verse 13 could also be translated family. The covenant was made so that this throne would be a part of God’s Family! It’s a God Family throne. God is going to use that throne to build Himself a family of sons and daughters. You have the potential to be born into God’s own Family—to become a son of God, which means becoming God! (Philippians 3:21; Revelation 1:10-14; Psalm 17:15; 2 Peter 1:4).

That is a zillion times more important than whether or not Prince George is going to be circumcised!

Also, Christ is going to marry the firstfruits—those saints called out and converted before His Second Coming (Revelation 19:7).

Would the Eternal God marry any beings less than created Gods—sons of God?

Men were created not after the animal kind, but after the God kind (Genesis 1:25-26). That means man has the potential to become created sons and daughters of God! The firstfruits are now being created spiritually into the image, or character and mind, of God.

All of those firstfruits who remain loyal will share David’s throne with Christ. Only God beings could be so honored.

None of this makes sense unless human beings are willing to see their own mind-splitting potential!

God has given us a tangible throne on this Earth so we can better understand the depth of God’s hope and our potential.

But this world can’t seem to rise above trivia.

People refuse to understand even the physical signs. And where can you find a greater physical sign on this Earth than David’s throne? It leaves Britain and other nations without excuse, and God is going to hold them accountable.

If the rulers on that throne sin, God said He would chasten them with the stripes of men. Often that means God would cause them to be defeated in significant military battles or wars.

What if the royal family of Britain fails to heed God’s extremely strong warning? God will send destroyers against the rulers sitting on David’s throne who forsake God’s covenant with David (Jeremiah 22:7-9). Jeremiah is very descriptive of their end.

That punishment will help cause the modern nations of Israel (The United States and Britain in Prophecy explains which nations they are) and the world to know God. They will know that He does exactly what He prophesied in the Bible. Then most people will decide to obey Him and the Earth will be filled with hope and joy forever!