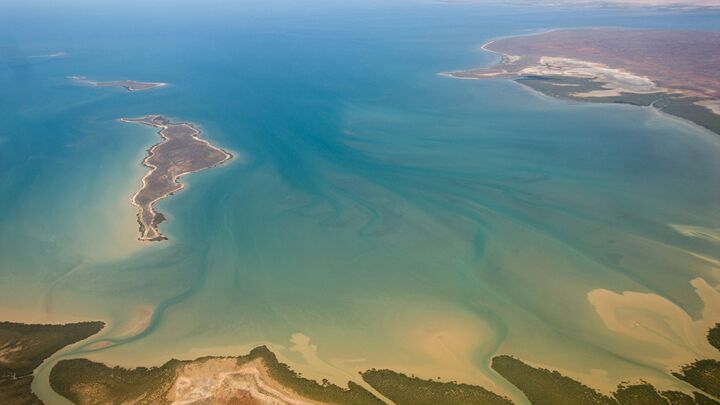 As Australia prepares for national elections, whichever party gains office must face the challenge of security and defense in an increasingly militarized Pacific region.

Australia is an island nation—the world’s largest island and its smallest continent.

That’s an awful lot of coastal border to patrol and keep secure from any predator nation, especially considering the national population is only 23 million spread across a continental area of almost 8 million square kilometers.

Due especially to its natural alliances with Britain and the United States, Australia has always fought above its weight when it comes to rallying the nation to either its own or allied defense. In this context we should also include Australia’s closest cousin, New Zealand.

As “European” nations, seemingly positioned out of context south of Asia’s vast expanse, Australia and New Zealand hold somewhat unique positions among their fellow Anglo-Saxon nations due to their land masses being sited immediately south of the largest conglomerate of humanity on the planet, traditionally known as “the Asian hordes.”

As a consequence of the rich possession of minerals—in particular iron ore, coal and bauxite—Australia has become a major supplier to Japan and China of the raw materials those nations need to drive their industrial economies.

Yet there is also one other attribute Australia possesses which the Asian nations to its north largely lack: space!—vast tracts of unoccupied land. However, much of that land is virtually uninhabitable due to lack of access to water.

Generations of Australians have known that the major problem this island continent—this land subject to “droughts and flooding rains”—faces, is not lack of water. It has been the failure to implement the technology to harness the flow of abundant waters that tumble into the sea each annual wet season, and that remain locked below earth’s surface in its great hinterland.

That failure restricts the populating of Australia largely to its coastal and river land peripheries. The inability to harness both free-flowing annual rainfall and tap into artesian water on a large scale is mostly due to the great logistical challenges faced by a largely desert land containing an insufficient labor force and possessing insufficient means to raise the huge capital requirements that such an undertaking demands. Australia’s chief customers for its raw materials have access to both.

Thus it is that when it comes to considering the nation’s defense, all these factors must be taken into consideration—a small population spread thinly, mainly around its eastern and southeastern coastal perimeters, massive natural industrial resources, and the nation’s dependence for its economic welfare on the custom of two major players in the Asian geopolitical arena.

Having all this in mind, Australia has been careful to maintain the best possible diplomatic relations with its Asian neighbors. Yet those very neighbors are only too well aware that it is the strength of the alliance between Australia and America—an alliance that has endured since World War ii—which alone stands between Australia’s security today, and the prospect of an avalanche of inundation by Asian hordes should that alliance ever fail.

Thus, Australia treads the precipice between the ongoing strength of the U.S. politically, economically and militarily and the prospect of the collapse of that strength which America increasingly faces each day its national debt escalates.

In the meantime, it suits the U.S. to use friendly Australia as a South Asian outpost to aid its present strategy of switching its defensive posture from concentration in the Northern Hemisphere to the Asian theater.

Stratfor observes: “Australia, due to its proximity to Southeast Asia and close alliance with the U.S., will form an important element of the growing strategic dynamic involving Indonesia, China and the U.S. These relationships are vital for the stability of the region. Australia is arguably the closest American ally there, sharing a common language, culture and political system. Australia, the U.S., Canada, Britain and New Zealand also control the most sophisticated global signals collection and analysis network, known as Five Eyes. Australia will host thousands of U.S. marines in Darwin, while American unmanned aerial vehicles (uavs) may operate from the Cocos Islands, one of the closest Australian territories to Indonesia and Southeast Asia” (July 30).

Given the dominance of China in this region, what Stratfor describes as this “strategy of close and lucrative economic ties with China and close defense and security ties with the U.S.” is fundamental to Australian geopolitics.

Yet Australia’s most recent “Defense White Paper 2013” categorizes its region of strategic interest as Indi-Pacific, having in mind the nation is bordered by not one but two great oceans—the Indian and Pacific. For Canberra, this is a new view of the scope of the Australian defensive perimeter.

Traditionally, Australia has been regarded as a Pacific power. To recognize that it must look both northeast to Asia and northwest toward India, represents a completely new perspective of Australia’s defense needs. The northwest quadrant of Australia’s geography is replete with industrial raw materials but very sparse in population. As the development of mineral resources and port facilities ratchet up that region’s growth, the need to heighten security in Australia’s northwest becomes most obvious.

Rory Medcalf, who directs the international security program at the Lowy Institute in Sydney, observes that the Defense White Paper is long on the diplomacy of security and defense, but, of necessity, rather short on establishing parameters for the strengthening of Australia’s military power. The reason for this is simple economics: “[I]t is hard to escape the suspicion that one reason diplomacy gets such a big run in a supposedly military document is that it is much cheaper than preparing for war. For the worst-kept secret of Australian defense policy is that the fiscal cupboard is pretty much bare. The Australian economy has done much better than most developed economies in the post-financial crisis era, but the government still faces a serious budget deficit and a long list of domestic spending priorities in an election year” (The Diplomat, May 7).

Continuing to stress the point, Medcalf observes, “This cut-price approach will make it increasingly hard for Australia to possess the cutting-edge forces it would need to contribute substantially to high-end contingencies alongside the United States in Asia. Moreover, highly constrained defense spending is at odds with the white paper’s expansive view of Australia’s national interests and military tasks—from stabilizing South Pacific nations to patrolling the Indo-Pacific commons and protecting the nation’s vast territories and offshore resources” (ibid).

Thus, with regard to Australia’s major security challenge, we are forced back to considering fundamentals—a huge largely unguarded coastline, small population, insufficient capital base and dependence on big brother America for support in times of threat by a potential enemy.

Thus, when push comes to shove, in reality Australia has very little bargaining power with either China/Japan—the major customers for its main salable resources—or with the U.S., its major strategic ally. Either can literally hold Australia to ransom in its own national interests.

This is a most invidious position for any nation to be in, least of all one as substantially indebted as Australia is to its international creditors.

Unfortunately, it has led in the past to Canberra, as Rory Medcalf points out, committing the unpardonable diplomatic sin: “Four years ago, the then Australian prime minister Kevin Rudd launched a defense white paper amid furious concern about China’s destabilizing rise. A much stronger Australian Defense Force was promised with new-generation submarines, cruise missiles, and joint strike fighters. … But a lack of credible budgeting undermined this vision of projected Australian firepower, and Canberra was caught committing the cardinal sin of statecraft: speaking loudly while carrying a small stick, the opposite of Teddy Roosevelt’s dictum” (ibid).

In the wake of budget cutbacks, Medcalf points out that Australia’s current spending on its defense and security amounts to just 1.56 percent of gross domestic product, its lowest level since the 1930s.

Yet this low expenditure on maintaining—let alone upgrading—the nation’s military capability comes at a time of increasing tension in Asia and rising defense budgets by a number of nations within Australia’s perceived Indo-Pacific theater of defense.

Simply put, while Australian governing elites may be big on vision, they simply lack the resources to meet their perceived defense obligations in their newly defined Indo-Pacific arena.

Bible prophecy speaks of Sinim, meaning “the great south land,” in direct relation to the prophecies for our day (Isaiah 49:12). Those prophecies speak of certain nations that will “blow the trumpet, even to make all ready; but none goeth to the battle” (Ezekiel 7:14).

That prophecy is preceded by a most powerful warning—a warning to the descendants of the patriarch Abraham from whom Anglo-Saxon Australians descend. Three times in Ezekiel 7 God warns of an imminent time He calls “the end.” This bespeaks the end of an age, actually the end of man’s efforts to govern himself. Inevitably those efforts have led, time and time again, to war!

The tensions building today in the Asian, Indo-Pacific arena are but a portent of the fulfillment of these prophecies. Australia is ill equipped to handle the coming clash that is emerging in its geopolitical region between the Asian masses to its north. More so, it is bereft as a nation of the moral and spiritual commitment to the God who has so substantially blessed that nation over the past almost 250 years. Thus Australia must suffer the fiery rebuke of God for its rebellion against Him, just as its fellow descendents from Abraham must.

But the good news is contained in that very same prophecy which names Australia, by its Hebrew term Sinim, in Isaiah 49. In that chapter, God speaks of a time, a “day of salvation” (verse 8), when the Anglo-Saxon nations and their affiliated brethren descended from Abraham, will become “a light unto the gentiles.”

What a great future is prophesied for Australia and New Zealand, its geographically closest brother nation! The descendents of those nations, those who remain after the great conflagration of “the end,” will be given the awesome responsibility to be a light of knowledge to the Gentile masses to their north!

You need to read our booklets The United States and Britain in Prophecy, Isaiah’s End-Time Vision and Ezekiel: The End-Time Prophet for a more complete vision of that which awaits Australasia in the immediate future and beyond.

That vision is far, far greater than any vision for a nation’s future put forward in any government white paper. It is an eternal vision, penned millennia ago, now approaching rapid fulfillment in our time, today!

Catch that vision and it will give you the faith, the courage and the confidence to face the future with a real, and very tangible—hope!