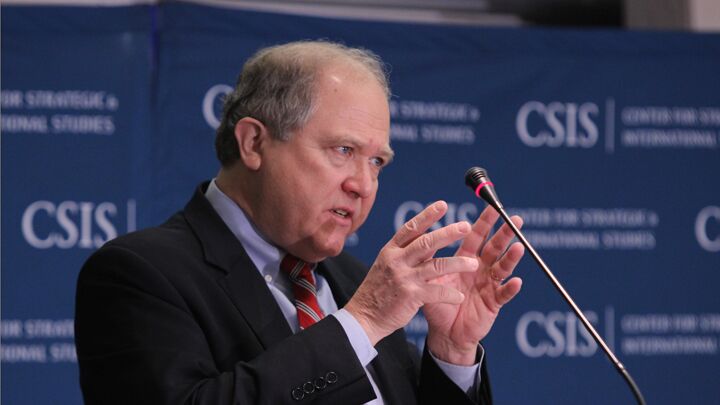 Center for Strategic and Internationl Studies

Afghan terrorists continue to profit from contracts sponsored by the U.S. government.

There’s something called “the simplicity in Christ.” It’s akin to perfect common sense. It’s bound up in the basic law of God, His statutes and judgments and the gospel message of Jesus Christ. It has to do with perfection in government, and it’s what’s profoundly lacking in the general conduct of our society today.

Take, for instance, the manner in which the Pentagon conducts the business of letting contracts in Afghanistan.

On July 30, the office of Special Inspector General for Afghanistan Reconstruction (sigar) issued its latest report to the U.S. Congress. It is quite condemning of the U.S. government’s refusal to deny contracts to enterprises associated with insurgents and terror groups.

In a letter accompanying the report, the Special Inspector, John Sopko, stated that his agency is now “viewed as the key player in combating corruption and ferreting out contract-related criminal activity in the reconstruction effort.”

In the process of carrying out 30 audits and inspections, in addition to issuing alert letters and other reports, Mr. Sopko comments on the results highlighting a disturbing trend: “I am deeply troubled that the U.S. military can pursue, attack, and even kill terrorists and their supporters, but that some in the U.S. government believe we cannot prevent these same people from receiving a government contract. There appears to be a growing gap between the policy objectives of Washington and the reality of achieving them in Afghanistan, especially when the government must hire and oversee contractors to perform its mission.”

Yet the most troubling of Mr. Sopko’s observations contained in his covering letter attached to sigar’s quarterly report is his need to “reiterate the concerns I raised in our last report about the Army’s refusal to act on sigar’s recommendations to prevent supporters of the insurgency, including supporters of the Taliban, the Haqqani network, and al Qaeda, from receiving government contracts” (emphasis added throughout).

Highlighting this concern, Mr. Sopko states, “I continue to urge you to change this faulty policy and enforce the rule of common sense in the Army’s suspension and debarment program.”

Sadly, there exists little evidence to support “common sense” being any part of the current U.S. administration’s methods of governance.

To use American taxpayers’ money to pay for government contracts carried out by or on behalf of Afghan entities directly associated with the slaughter of U.S. military personnel is, at a minimum, treasonous. Yet treason, it appears, was thrown out of the window as a legal sentence for any individual or entity operating directly against America’s national interests when liberal socialists gained possession of the law of the country.

Unrighteous judges are condemned by God (Isaiah 10:1). There exists a particular prevalence of unrighteous judgment in the minds and actions of those who govern in our day (Isaiah 3:12; 5:20-23). The Prophet Isaiah is here speaking of our day, today. These verses refer to the seeming entire lack of common sense—certainly the absence of the simplicity that is in Christ (2 Corinthians 11:3)—that is present in so many of our government institutions today.

sigar’s report emphasizes just one aspect of this, yet it is one that has our enemies laughing in our face as they use one hand to rake in billions of dollars from U.S. government contracts, and blow up our soldiers with the other.

Read Isaiah’s End-Time Vision for deeper insight into this current-day phenomenon and where it is all leading.