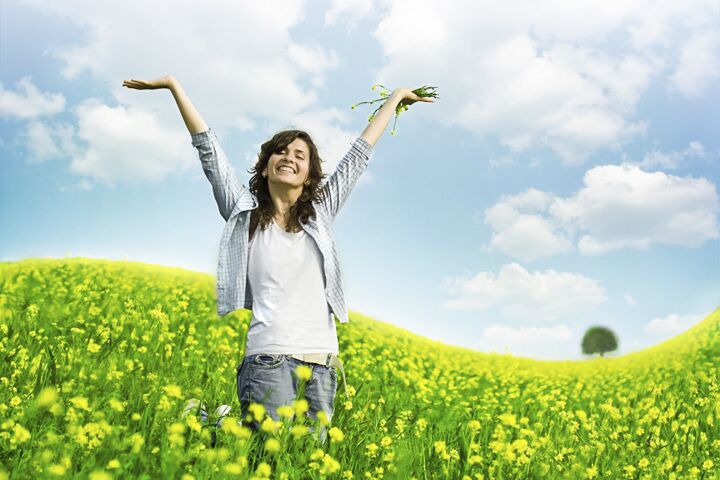 Gaiety will be a fruit of God’s way of living in the world to come.

When my daughter was born to much rejoicing by my wife and me, we agreed that my wife would give her the first name and I the middle name.

Curly-haired little moppet that she was, I chose the name Gay. I hoped that would be one of the blessings that she would enjoy in life at the human level—a life involving true gaiety and enjoyment in submission to God’s great law of love.

It never crossed my mind that the term “gay” would be perversely adopted to describe the lifestyle of those willingly in rebellion against God’s laws governing gender roles, marriage and family.

Well in reality it hasn’t. Genuine gaiety is still that, gay behavior in its truest sense reflecting carefree happiness and joy.

Queer is still that—something which is out of sync with the traditional norms of society.

My 1993 version of the Oxford Concise Dictionary defines the adjective “gay” in its formal, primary sense as “lighthearted and carefree.” In a secondary sense, the definition is “mirthful, characterized by cheerfulness or pleasure.” Then in the sense of color, “brightly colored, showy, brilliant.” The only noun it attaches to this word “gay” is “gayness.”

That version of the Oxford Concise Dictionary then allows for a colloquial definition of the term “gay,” describing its informal usage thus: “homosexual, intended for or used by homosexuals. Generally informal in use, but favored by homosexuals with reference to themselves. Dissolute, immoral.”

In the 2008 edition of the Compact Oxford Dictionary, under a different, more liberal set of editors, that dictionary gives the formal, primary adjectival definition of the word “gay” as: “homosexual.” The secondary definition follows up with “relating to homosexuals.” It then creates a noun of the term “gay” with its definition rendered “a homosexual person, especially a man.” The Compact Oxford then defines as “dated” the definitions of “lighthearted and carefree,” and “brightly colored, showy,” which down through the ages since English has been spoken were once attached to its formal, primary meaning.

Thus in one fell swoop, a group of liberal dictionary editors, under the influence of the aggressive homosexual lobby, seek to change our language to make the perverse appear “normal,” and the normal appear perverse!

While it is true that God loves the sinner, ever recognizing the tremendous human potential that every human being has once sin is repented of, He absolutely abhors sin.

Sin is defined as the transgression of God’s law (1 John 3:4). That law encapsulates God’s basic law of love (1 John 5:3), His statutes and judgments. The laws and judgments pertaining to gender, social, marriage and family behavior are articulated in Genesis 2:21-25 and Leviticus 18:6-30. They are clear cut, allowing for no misunderstanding.

The term abomination is used in those verses to describe the Maker of mankind’s attitude to those practices which these judgments outlaw. The word means by dictionary definition “a feeling that causes disgust or hatred.” Thus infractions of these judgments result in sins that are literally hated by God as absolutely disgusting. Disgust as per its definition describes a practice that is regarded as revolting. Thus God’s—your Creator’s—view of such infractions of His judgments are that they are disgustingly revolting and are positively hated by Him.

But He still loves the sinner—to the point that He “gave his only begotten Son, that whosoever believeth in him should not perish, but have everlasting life” (John 3:16).

That which our Maker defines as an abomination can never be termed “gay.”

Herbert Armstrong made quite a point of this.

In his book Mystery of the Ages, Mr. Armstrong made a statement which was repeated in an article in the March 1986 edition of the Plain Truth. He stated:

God condemns homosexuality. He destroyed the whole populations of Sodom and Gomorrah for this sin. It is condemned in the first chapter of Romans, saying no such person can enter the Kingdom of God. Then we try to change the ugly, reproachful name homosexual, and call those who practice it “gays.” The public media and the public in general are coming to make this perversion acceptable by calling it “sexual preference.”

You cannot get a more politically incorrect yet totally truthful observation on the matter than that.

As for me, I shall continue to absolutely refuse to apply the term “gay” to those who adopt perverse lifestyles. I will continue to use the word “gay” in its truest sense, and label perverse behavior for what it in reality truly is.

Pray God that He will bring forward the day when the whole world will be gay in the truest sense of the word!