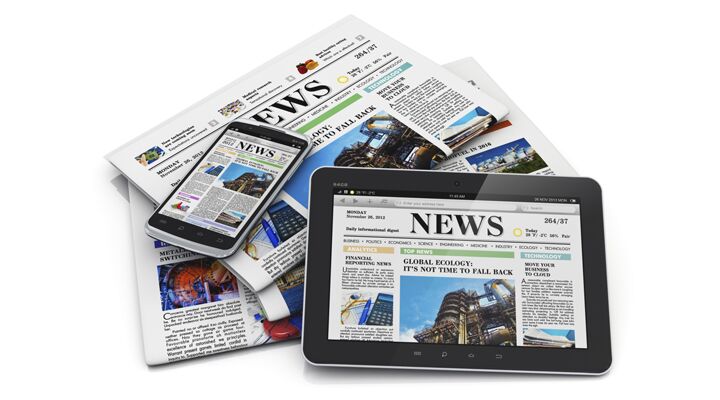 From premature reports of Mark Twain’s death to the misidentifying of the Boston bomber, the media have often got the story wrong. Is there any news source that you can really rely on?

After his obituary was mistakenly published, Mark Twain sent a cable from London stating, “The reports of my death are greatly exaggerated.”

Since mass media became just that—MASS media—courtesy of the plethora of electronic junk that we assemble about ourselves, the tendency for journalists to get a story wrong has certainly increased.

Google has certainly contributed to lazy research when it comes to seeking background for a story. To add to that journalistic weakness, the propensity for every man and his dog to get in on the act on a so-called “breaking story” has increased exponentially with the tidal wave of communications gadgetry that the average Joe and Jill Public now have at their tendonitis-prone thumb tips.

The occasional trickery of deliberately faked journalism of the type publicized in the case of Jayson Blair of the New York Times and Stephen Glass of the New Republic is one thing. There is also the tendency for a journalist, though he may be quite sincere in his reporting, to simply be incapable of ridding his piece of natural bias. Then there’s the so-called “false equivalency” of the type where a journalist or editor seeks to give “balance” to a piece by allowing equal weight to both sides of a story, irrespective of which side has the truth.

When we add to this the reality that to keep his job the journalist must subscribe to the overarching bias of the editorial policy of his employer, then you have a recipe for confusion.

Recently we had an example of yet another contributor to the tendency for journalists to get it wrong—the mass impact of social media.

This contributed to the recent most infamous example of misreporting in the wake of the tragic Boston bombing.

Writing for Quill, the journal of the American Society of Professional Journalists, Monica Guzman of the Seattle Times described how easy it is in this age of social media for a journalist to get it wrong. How was it, she asks, that a poor missing kid, whose body was later found on April 23 in Providence, Rhode Island, was misreported by so many as the Boston bomber who created the havoc of April 15?

Tuned in via Twitter to the rash of messages transiting the ether over what was happening in Boston one week following the bombing tragedy, Guzman said she saw a tweet from “an influential user” who maintained that the bomber suspect had been found. When she asked two basic questions of the tweeter—where and how—the response came back that a lot of people had posted it.

Sharp lass that she is, Guzman mused, “What I call repetition he called confirmation” (Quill, May/June; emphasis added).

What was it that moved so many to share an erroneous communication so widely and so rapidly that it was accepted as fact and reported to the public via the mass media?

Guzman says two things drove this act of mass misreporting. The first was “a hunger for the most current information.” That desire is an offshoot of our late 20th- and early 21st-century lust for instant gratification—we want it and we want it now! That which was the catch-cry of the baby boomer generation has since become an inbred mantra of the generations they have produced.

The second thing Guzman observed which fed the April 23 rumor mill was a need to talk—to be first to spread the news, to be the one who “broke” the story to all and sundry. This stems from today’s social media frenzy of messaging about what I’m “doing now,” what I “just did,” what I “just saw,” or “have you heard?”

To this end, particularly in times of budgetary constraint, free messages twittered on “breaking” new stories become fodder for the journalist. The tweeter to the journalist becomes a primary source of information as they convey firsthand certain observations, reactions and opinions from the immediate vicinity of a “breaking” story.

This lust to be first with the information, and the urge to talk about it, drove a great part of America’s media industry, via the use of reports from social media sources, into mass acceptance of a falsehood in April. As Guzman observed, “public voices took Boston scanner chatter as fact, passed on dangerous rumors or made dangerous assumptions … all driven by emotion, drama, pride and the deep, wild rush to be first” (ibid).

There’s a powerful lesson here. It speaks to the very foundation of all that the Trumpet magazine stands for as compared to the mass media.

Let’s do a brief comparison.

The mass media is a profit-making enterprise. As we have witnessed over the past decade, many organs of the press simply went broke as electronic media increasingly took over from newspaper and magazine news publishing. The survivors are those which still either turn, or continue to struggle to turn, a profit—too often by dumbing their editorial approach downward so as to cater to a rapidly descending public taste in the interest of maintaining sales.

On the other hand, the Trumpet is not for sale. We are not a profit-making enterprise.

None of our publications have a price on them. They are given away on request, gratis (Matthew 10:8). The Trumpet will never change its editorial policy of eternally seeking, and publishing, the truth—no matter how unpopular the message—no matter how politically incorrect, no matter the degree of opposition our message engenders. We are simply not interested in dumbing down our message to popularize it so as to cater to the public’s taste. In fact, we probably have the world’s most unpopular message to deliver.

Come to think of it, so did Jesus Christ! It’s the same message!

Regarding journalistic efforts to predict the future outcome of an event, the best that the news media can do is guess. The facts might infer a certain outcome is inevitable, yet so many variables can lead to that guess becoming just pie in the sky. This is where so many analytical journalistic pieces get it wrong. They simply cannot predict with certainty the outcome of a major world event.

The Trumpet is different.

We are not averse to strongly revealing and publishing an actual, inevitable outcome of any major world event, even though the facts at the time would seem to point to an opposite result to that which we maintain at the time. The real difference between the mass media guess and the guaranteed outcome to any current event on which we report is due to our understanding of the revelation of Bible prophecy for our times.

We simply possess, and publish, the “more sure word of prophecy” (2 Peter 1:19)—the God-guaranteed outcome as declared by the One who states that “I am the Lord. I change not” (Malachi 3:6). The very One of whom Jesus Christ declared, “Thy word is truth” (John 17:17).

The enlightened understanding of the final outcome of major world events that are unfolding today was all prophesied millennia ago, then documented and published in a book we call the Bible—specifically for our day today. Those prophecies contain an overarching message which, almost lost by the end of the 19th century, was actually restored in the early 20th century through one man that book refers to as a latter-day Elijah (Matthew 17:10-11).

It is possession of that restored message from God to humankind that the Trumpet publishes today and that is broadcast by the Key of David television program.

It’s that restored, divinely revealed knowledge that gives the Trumpet more than just an edge over the mass media in reporting the news. We can tell you, with full confidence, the very outcome of major world events. No organ of the press or mass media can do that!

So how does one really get to the truth on any matter these days when we are so attuned to the instantaneous nature of the “breaking” story via social media in particular?

Well, a good start would be to treat any news report with a healthy skepticism unless the reporter produces hard, primary evidence of the story’s reality.

With the plethora of news that inundates us from all angles, 24/7, this would seem to be an impossible task. Given the state of today’s mass media confusion, is there any news source that you can really rely on?

Considering the comparisons made above, to an open mind the answer should be starkly obvious. It’s the one that refuses—point blank—to be politically correct. It’s the one which insists on “proving all things,” on holding fast to that which is good and right! (1 Thessalonians 5:21). It’s the one which has the capacity—proven over seven decades of its message being published to multiple millions worldwide—to demonstrate the prophesied outcome of major world events then track them till they become embedded in documented history!

The editorial policy of the Trumpet magazine remains absolutely consistent with that of our forerunner under Herbert Armstrong’s administration—the Plain Truth. It embraces all those principles mentioned above—yet with one added refining point.

Herbert Armstrong’s prophesied directive from God was to preach the good news of God’s coming Kingdom on Earth “in all the world for a witness to all nations” as a sign of the imminence of Jesus Christ’s return (Matthew 24:14).

The leadership Herbert Armstrong put in place to continue that work following his death patently rejected that task (Amos 2:11-12).

Only one man at the time—our editor in chief Gerald Flurry, with his loyal assistant John Amos at his side—stooped to pick up the baton of leadership of that work when it was cast aside on Dec. 7, 1989. Through Gerald Flurry, the editorial policy of the original Plain Truth was revived, as prophesied (Revelation 10:11), in the pages of the Trumpet magazine.

Yet, that commission came with one added responsibility—to urgently warn a lukewarm church and a rebellious house of Israel of a coming, prophesied, Great Tribulation which they faced due to their rebellion against their God! (Matthew 24:21-23).

You won’t get that message anywhere else!

You won’t find any other news source that has such a proven track record of really delivering on the PLAIN TRUTH about today’s world news and its guaranteed outcome!

The Trumpet magazine is THE news source that you can completely rely on—rely on not only to publish the real news behind the news, but to give you, unstintingly, the guaranteed, prophesied outcome!