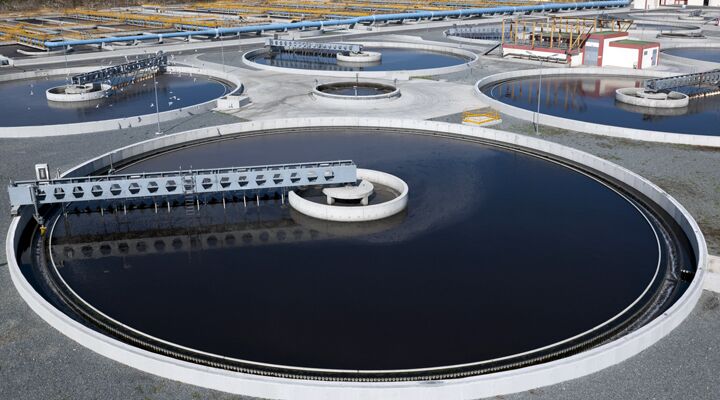 New developments in the German water market are providing key openings for Israeli companies to fill a need of Europe’s largest economy and, in so doing, contribute to fulfilling a shocking Bible prophecy.

These technologies have proven successful in Israel, where water shortage is the primary challenge. The application for Germany would be the opposite scenario—managing an abundance of water. This past winter, running longer than normal, with an abundance of rain, snow and resultant flooding, stands as a prime example of the serious challenge before the Continent’s most powerful and dominant country.

“The German water utility system is characterized by the large number of players in the water sector,” noted Hemdat Sagi, Israel’s economic officer in Berlin. “Germany’s cities and municipalities no longer hold a monopoly in water distribution and water treatment and many private companies have been established to take over their services throughout the last years. In contrast to the centralized Israeli model there are a huge number of water supply companies acting independently in Germany.”

Both countries are keen to solidify cooperative projects. They currently connect through partnerships between the German Federal Ministry for Education and Research, Israeli Ministry of Science and Technology, and the Ministry of Industry, Trade and Labor.

The bond between the water industry and science has taken the form of joint funded projects centered on water technology and research. Earlier this year in Bonn, the trade fair Wasser Berlin International was a key promotional opportunity for about 20 Israeli companies to display their technical offerings in the fields of waste-water technology management. Their presence was made possible by joint cooperation between the Israel Export Institute and Israeli Trade Center Berlin.

Necessity has driven innovation for Israeli companies for water procurement, treatment, distribution, discharge, desalination and flood protection. Engineering, measurement, regulation and analysis have intersected with industry providers of valves, suction systems and pumps, enabling Israel to uniquely serve the needs of its economic friend at the beating heart of Europe.

Germany’s passion for leading in environmentally friendly practices has ensured that issues like surface, soil and ground protection are lucrative offerings for established Israeli companies which incorporate the use of excavation and construction machinery, equipment, supply and service.

This governmental, industry and scientific partnership will probably gain greater momentum later this year following a pivotal election in Germany, as Israel hosts the Germans and an international audience of investors in Tel Aviv at watec Israel 2013.

On the surface, this endearing economic partnership would appear to be a win-win for Israel and Germany. However, your Bible prophesies just the opposite! While Jewish captains of industry and citizenry may feel secure from their regional enemies with German partnerships and protection, they would be shocked to read the ancient Prophet Obadiah’s declaration of a modern-day deceptive peace agreement set to impact them (Obadiah 7).

Furthermore, Bible prophecy foretells grave consequences for the American, British and Jewish peoples in Israel as a result of this perceived comfort in the arms of Europe’s economic powerhouse (Hosea 5:5). So what will be the outcome of this economic intimacy? For the vital answer, read our editor in chief’s captivating booklet Hosea: Reaping the Whirlwind.