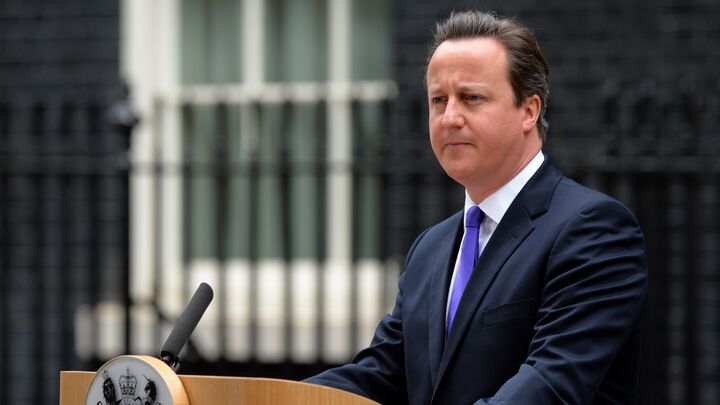 Who can forget the hideous sight of terrorist Michael Adebolajo? He stood in the middle of a busy London street in broad daylight, surrounded by stunned bystanders. His hands clutched a butcher’s knife and a meat cleaver, covered in the blood of off-duty Pvt. Lee Rigby. Adebolajo and Michael Adebowale had just run over him with a car and gruesomely carved him up, shouting “Allahu Akbar.”

But what makes this image doubly repugnant is Britain’s reaction. After briefly being startled awake, it went back to smoking its “utopium,” that hallucinogen that makes Islamist terrorism go away by simply ignoring its real cause.

Following the butchering on May 22, British media predictably paraded a string of Muslim experts who claimed this barbaric attack had “no basis in Islam.” Politicians promised the angry public a new committee to study tougher laws. Police promised investigations. And outrage gradually subsided.

Much of the Muslim community responded quite differently. Hours after Rigby’s murder, the London Metropolitan University Islamic Society created a video claiming it was a government hoax designed to demonize Muslims. Inspired by the Rigby attack, three Muslim inmates abducted their jail warden, stabbed him and nearly beat him to death. A video of British Muslims laughing about Rigby’s mutilated body was posted on YouTube. A Sudanese Muslim stabbed and cut two men who expressed sympathy for Rigby.

Prime Minister David Cameron probably would. “There is nothing in Islam that justifies this truly dreadful act,” he emphasized after one of his soldiers was mutilated in Allah’s name. But Adebolajo, bloody meat cleaver still in hand, said something different:

“The only reason we have killed this man today is because Muslims are dying daily by British soldiers, and this British soldier is one. It is an eye for an eye and a tooth for a tooth. By Allah, we swear by the Almighty Allah we will never stop fighting you until you leave us alone. … But we are forced by the Koran in Sura at-Tawba [Chapter 9 of the Koran], through many, many ayah [verses] throughout the Koran that we must fight them as they fight us, an eye for a eye and a tooth for a tooth. … Leave our lands, and you will live in peace. … Allah’s peace and blessings be upon Muhammad” (emphasis added).

Now here’s what Britain’s Green party leader, Natalie Bennett, said: “It’s absolutely tragic what happened in Woolwich, and you’ve got to feel … for the people and bystanders that saw it happen …. But if we’re going to stop that happening again in the future, one of the biggest things we have to do is stop regarding ourselves as the world’s policeman.” In a different interview, she added: “Look at Iraq, Afghanistan—we should never have got involved, and the results have been dreadful for us. We need to stop regarding ourselves as having the right to stick our oar in around the world.”

She and Adebolajo agree on a fundamental point: Sorry you had to see this, but it’s Britain’s own fault. If we will just leave the Taliban alone, we will all live happily together.

The British media are also actively trying to numb the public to the terrorists’ real motivation. To see what Adebolajo actually said after hacking Lee Rigby to death, you have to find the full video yourself, because even conservative channels have edited out his references to the Koran from their transcripts. Britain is so obsessed with multiculturalism and not offending Muslims that it seems willing to let its people die rather than admit that some Muslims get their murderous inspiration from the Koran. Instead of expecting immigrants to assimilate into British culture, Britain has encouraged them to bring their beliefs, customs, religions—and hate—to Britain.

That now-diluted culture of Britain actually goes all the way back to the ancient Israelite tribe of Ephraim. And God prophesied what would happen to modern Ephraim! “Ephraim, he hath mixed himself among the people; Ephraim is a cake not turned. Strangers have devoured his strength, and he knoweth it not: yea, gray hairs are here and there upon him, yet he knoweth not” (Hosea 7:8-9).

Strangers are devouring Britain from within. As God predicted, they are weakening its national character. Like a cake unturned: burned on one side, soft dough on the other, and good for nothing on either side. Yet Britain still believes against all evidence to the contrary that multiculturalism is the way to utopia, that the blood in the streets must trace back to a need for more tolerance.

As a result, people born in the country and growing up with all the benefits of British citizens, like Adebolajo and Adebowale, are learning to become radical Muslims and killers, not in the mosques of Iran and Afghanistan, but on British soil. 2003: The Wood Green ricin plot. 2004: Operation Crevice and the foiled financial buildings plot. 2005: The 7/7 London Underground and bus bombings that killed 52 people and wounded 700. 2007: Glasgow Airport. 2008: The Exeter bombing. All were carried out by Britons inspired by the Koran.

Yet Britain refuses to confront Islam outright. Instead, it turns back to the drug of politically correct multiculturalism. It’s a dangerous opiate to be on. It can kill you.