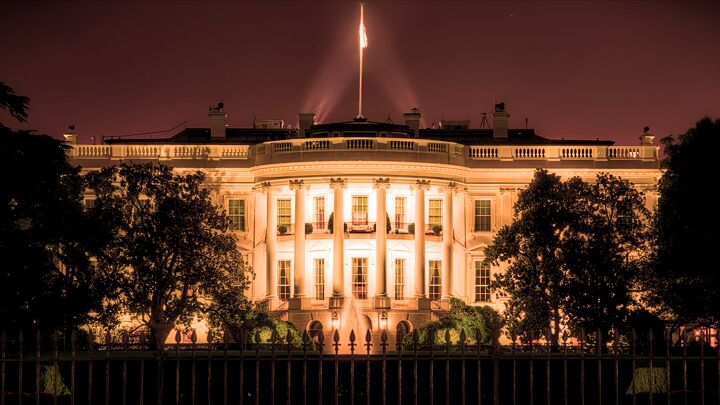 The reports of wrongdoing piling up around the Obama administration are a far bigger issue than most people realize.

From the August 2013 Trumpet Print Edition

The White House is neck-deep in scandals. Virtually all of them have to do with the government trying to control people and to take more power for itself.

Look at the growing list of just the recent scandals: President Obama deciding to ignore laws he does not like, choosing not to deport illegal immigrants who would have been allowed to stay in the country if Congress had passed the “Dream Act.” The fbi admitting it uses surveillance drones over U.S. soil. The powerful Internal Revenue Service targeting the president’s enemies, mostly conservative and pro-Israel groups, to suppress their political involvement before the election. The Justice Department secretly seizing the records of more than 20 Associated Press phone lines in what was called a “massive and unprecedented intrusion”—while the attorney general claimed to know nothing about it. The Justice Department illegally monitoring the phone lines and e-mails of Fox News reporter James Rosen. The National Security Agency conducting illegal, covert surveillance programs in violation of the Fourth Amendment, keeping phone and Internet records of millions of Americans with the full cooperation of nine major Internet companies. The revelations just keep coming.

The Benghazi issue wraps three scandals in one: the administration’s failure to protect its people there; the cover-up, lies and change in talking points; and the White House’s refusal to reveal what the president did on the night of the attack (article, page 2).

If you aren’t paying attention to this trend, you should be. Many people are trying to pretend like there is no real problem, and that those who are concerned are overreacting. But this should deeply trouble every American! There is an unparalleled spirit of lawlessness behind all of these scandals! And it is leading to an outcome far worse than most people believe. I explain why in my free booklet America Under Attack.

Franklin Graham, the son of the famous preacher Billy Graham, said he believes two of his ministries were targeted by the irs. He believes a newspaper ad they ran supporting an amendment against same-sex “marriage” triggered an audit jeopardizing their tax-exempt status. The process took more than twice as long as usual, and it wasn’t finished until just after President Obama was reelected. Many other conservative groups have told similar stories.

This indicates an unprecedented amount of political meddling! It seems this administration is blatantly manipulating the political process, and the nation is too weak to do anything about it!

The irs has a lot of clout. And an administration that pays no attention to the Constitution when it doesn’t match its own agenda has a lot of power!

In June, we learned that the National Security Agency (nsa) has a secret data warehouse in Utah, a “billion-dollar epicenter” where it can store massive amounts of information. And the phone records, e-mails and other digital communications the government has been tracking include yours. Microsoft, Yahoo!, Google, Facebook, YouTube, aol, Skype and Apple have handed over all kinds of information about you, and claimed that they were forced to do so. The Associated Press reported that this revelation “illustrates how aggressively personal information is being congregated and analyzed …” (June 13).

However, the nsa says you don’t have to worry. An agency spokesman said that “[i]ts operations will be lawfully conducted in accordance with U.S. laws and policies” (ibid).

Does that reassure you? Has this administration done anything to suggest that it is careful to follow the law?

When a ceremony was held in May to celebrate completion of the Utah data center’s exterior, it was “closed to the public—an exclusive, invitation-only gathering that barred even the mayor of Bluffdale,” AP reported. “The nsa also rejected a request by city officials to take a group of visiting Utah mayors on a bus tour of the outside of the facility. The agency said all tours—even of the exterior—are prohibited” (ibid).

Why all the secrecy? Washington claims it needs all this information for America’s war against terrorism. It is expanding the nsa’s powers exponentially using the war on terrorism as the rationale.

Yet at the same time, the president gave a speech in May telling us that there is no war on terrorism. “This war, like all wars, must end,” he said. America shouldn’t be on “a perpetual wartime footing.” He claimed that the war is winding down, thanks to several victories by his administration.

If this is all true, what does the government need that Utah facility for?

Despite all the data the government is collecting, it did not stop the Boston Marathon bombers. The “underwear bomber” wasn’t stopped by the surveillance program prism, but by a tip from the would-be bomber’s parents. How many terrorists is this program catching? Some analysts say jihadists tend to use online resources that popular search engines don’t even see. That means these surveillance tools are basically only good for gathering data on law-keeping citizens.

William Binney, a 32-year veteran of the nsa, was asked where the surveillance data was heading. He said: “It’s really a turn-key situation, where it can be turned quickly and become a totalitarian state pretty quickly. The capacity to do that is being set up” (emphasis mine). That is a chilling statement—it gets to the heart of the issue! Look at the potential power the government already has.

Fox News’s Bob Beckel, a Democrat, said the nsa data mining “is strikingly close to authoritarian rule that has no place in this country and no place certainly under our Constitution.”

Herbert Meyer served as an intelligence specialist in the Reagan administration, as special assistant to the cia director and vice chairman on the National Intelligence Council. This man has compared the actions of this administration to what the Nazis did under Adolf Hitler. (He didn’t say these officials are like the Nazis, but that they are going about their plan the same way the Nazis did.)

Even the Germans have severely criticized President Obama for this nsa program! Some critics say he’s acting like the Gestapo.

The nsa is amassing enormous power. If it ignores the laws of the land, it can get practically anything it wants.

Imagine what a tyrannical government could do with all that information.

President Obama has repeatedly said how transparent his administration would be—yet virtually everything he has done has been in the dark. Many journalists have complained that his is the most opaque administration in history.

In March, Director of National Intelligence James Clapper was called before Congress and asked point blank, “Does the nsa collect any type of data at all on millions or hundreds of millions of Americans?” Clapper replied, “No sir … not wittingly.” That was a lie, and he knew it.

Attorney General Eric Holder has also lied to Congress—about the Fast and Furious scandal, and about what his department did to reporter James Rosen. Susan Rice lied five times on Sunday talk shows about Benghazi (either that, or she was deceived). Rice has since been promoted.

Anyone who says there isn’t a real problem here needs to open his eyes! We must see reality: Something deadly dangerous has seized the country—far more than what people realize. There is a spiritual dimension to what is happening, and you cannot understand these events unless you recognize that. Ultimately, this isn’t about a man or an administration: It’s about an evil spirit being who is working to destroy this nation, and why God is allowing it to happen! I strongly urge you to request a free copy of my booklet America Under Attack to learn about this truth.