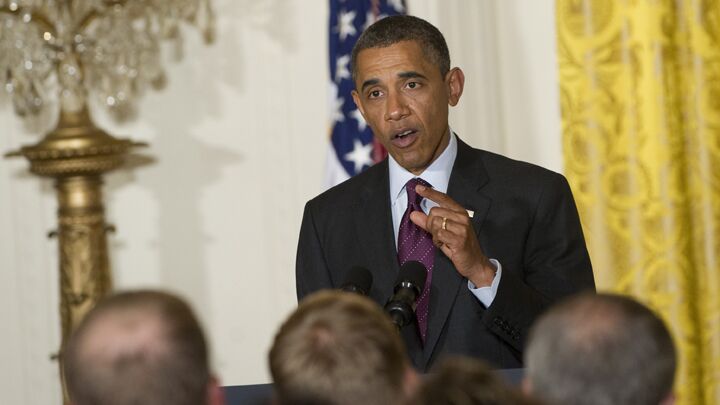 Washington is waging a cultural war on the world.

In the history of the United States, no president has supported homosexuals and same-sex “marriage” like President Obama. In 2011, he said he would no longer defend the Defense of Marriage Act, a federal law that defined marriage as being between a man and woman; he repealed the “don’t ask, don’t tell” policy, thus allowing homosexuals to openly serve in the military; in May 2012, he was the first president in U.S. history to openly support homosexual marriage.

Beyond supporting homosexuality in America, President Obama has, since his first term, worked zealously to promote homosexuality around the world, causing an outcry from many nations that still condemn it. In 2011, the world witnessed the first signs of the president’s new foreign policy. In June of that year, the U.S. Embassy in Pakistan held its first-ever Lesbian Gay Bisexual Transgender (lgbt) “pride celebration.” This sparked outrage from Islamists in Pakistan, who called the move “cultural terrorism.”

December 2011 was when President Obama revealed to the world his personal commitment to promoting homosexuality: He signed a presidential memorandum “directing all agencies engaged abroad to ensure that U.S. diplomacy and foreign assistance promote and protect the human rights of lgbt persons.” The memorandum made it clear that the U.S. would use its diplomatic power abroad to “vigorously advance this goal” worldwide. The president ordered these overseas agencies to “strengthen existing efforts to effectively combat the criminalization by foreign governments of lgbt.” America was declaring a cultural war, and was prepared to use its massive political strength to attack any nation that attempted to suppress homosexuality within its borders.

The same day that the president signed the memorandum, then Secretary of State Hillary Clinton gave a speech in Geneva, officially stating that the advancement of homosexual rights was part of America’s foreign policy: “The Obama administration defends the human rights of lgbt people as part of our comprehensive human rights policy and as a priority of our foreign policy ….”

Since then, the U.S. government has worked to promote homosexual rights around the world, making history in different nations, especially within Africa, which is largely against homosexual “marriage.” In June last year, the first-ever “gay pride” event in Kenya was held at the U.S. Embassy. Earlier this month, a similar event took place at the U.S. Embassy in the Ivory Coast. This too was the first time a “gay pride” event was held in that nation’s history.

But apart from just promoting homosexuality, the U.S. government is actively working to train lgbt individuals around the world to become activists in their own countries. These individuals are educated in ways to get involved in their country’s governments and become more of a political force. The U.S. Agency for International Development (usaid) announced in April that it was creating a partnership with other public and private groups around the world to promote homosexual rights in developing countries.

Starting in Ecuador, Honduras and Colombia, all nations with strong Catholic roots, this new partnership aims to “strengthen the capacity of lgbt civil society organizations, train lgbt individuals to participate more fully in democratic processes, and undertake research on the economic impact of discrimination against lgbt individuals” (usaid Press Office, April 8). The partnership launched its first project at the start of June in Colombia, where it hosted a training seminar for over 150 lgbt individuals to train them how to be involved in the country’s political process.

While America thinks it is doing “good” by exporting this way of life to the world, nothing could be further from the truth. The Bible, the only authority to define what is good and evil, does not agree with America’s view.

America is proud of this lifestyle, promoting it to the world, just as Bible prophecy said it would: “The shew of their countenance doth witness against them; and they declare their sin as Sodom, they hide it not. Woe unto their soul! for they have rewarded evil unto themselves” (Isaiah 3:9). God says we had better take heed; there are horrible consequences for this sin.

But at the same time, God doesn’t want to have to punish anyone. His desire is for all men to be saved (1 Timothy 2:4). He is pleading for people to turn to Him so that He doesn’t have to punish (Ezekiel 33:11). God loves all mankind. Mankind has an incredible potential that it doesn’t understand. But soon it will. After Christ’s return, humanity will be taught the right way to live. No longer will they boast of and promote a sinful lifestyle. But it is going to take some serious correction to bring man to the point where he is willing to listen to God.

To find out just what your Bible says about homosexuality, be sure to read “The Pride of Sodom.”