The problem with society’s acceptance of homosexuality 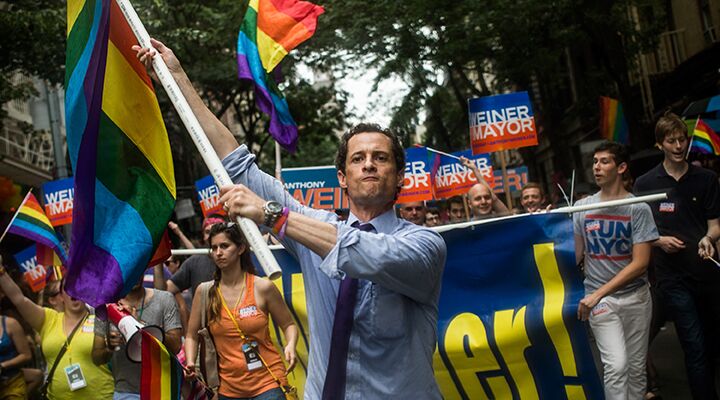 The problem with society’s acceptance of homosexuality

Just recently, my wife received an e-mail from a good college friend of ours in which he chose to “come out of the closet”—an announcement he made not only to her but to an entire list of friends in his e-mail. He went on in detail about how thrilled he was with his new life.

My wife was somewhat surprised by his “coming out.” She could not honestly share in her friend’s celebration of his new life. We believe, according to scriptural teaching (and despite what’s fashionable), that God condemns homosexuality as sinful.

This e-mail made me realize that of all the things we consider as sinful in society, this sin enjoys a unique status. Some sins still carry a stigma; some have been passively accepted. But, in the past decade, homosexuality has shed its stigma and taken on an aggressive nature in public life.

Society has undergone this “queer makeover” in nearly every avenue of thought, and it has gone far beyond mere calls for “equal rights.” Science works overtime to validate homosexuality—looking for the gay gene, or anomalies in nature that might show how “natural” it is. Religion tries to justify it with modern translations and interpretations of Scripture. Higher education welcomes it, teaches it and, thus, breeds it. At the public university my wife and I attended, there were certain, unspoken advantages to being in the gay crowd. Lawmakers are doing what they can to help homosexuals: A total of 146 pro-homosexual bills were under consideration in state legislatures in 2003, compared to only 31 pro-family bills in the same period (of which just two passed). And the entertainment industry—with 20 major television shows prominently featuring homosexual themes or characters—would have us believe every circle of friends has its “token gay guy” despite the fact that only 3 percent of the American population is admittedly homosexual. Then there are the countless marches, parades and festivals each year where thousands trumpet their “gay pride.”

Just a few years ago it was “don’t ask, don’t tell.” Now this lifestyle is being shoved aggressively down our throats.

No wonder people like our friend have such pride in their “coming out” these days. What other sins enjoy such positive publicity? There are a few—fornication comes to mind (i Cor. 6:18). But still, this sin has more of a general, passive acceptance rather than overt pride and arrogance associated with it. How many pre-marital sex parades do you see in Washington, d.c.?

In the September-October 2003 issue of this magazine, we spoke out boldly against homosexuality, after the U.S. Supreme Court struck down anti-sodomy laws. Our cover story discussed the deep spiritual and inspiring meaning behind family and marriage—which are actually God-plane relationships.

Among the considerable feedback we received, one letter, though agreeing homosexuality was sinful, wondered why we didn’t spend more time condemning other, “more damaging” sins. This person brought up adultery—feeling that adultery was much worse than homosexuality because it affected many more people.

Is homosexuality just like any other sin? According to God’s own Word, the wages of all sin, unrepented of, is death—whether homosexuality, adultery, murder, stealing, lying (Rom. 6:23).

But consider the sins still generally frowned upon by society. Imagine our same college friend—considering he were heterosexual and married with children—sending an e-mail to all his friends and family celebrating his infidelity to his family. Imagine if someone came out of the closet and announced he was a serial killer, or that he molested children, or he drove drunk.

It is the pride aspect of homosexuality that makes it particularly unique among other sins condemned in the Bible. Even in the account of Sodom and Gomorrah, where God destroyed these cities because they were full of all sorts of immorality—homosexuality being most prominent—the sheer brazenness of these people was most appalling. In one instance, its men showed zero shame when attempting to mob rape two angels there in human form (see Gen. 19:1-11). In Ezekiel 16:49, when God lists the sins of Sodom, He puts “pride” first on the list. In the next verse, He says “they were haughty, and committed abomination before me.”

Bible prophecy states that end-time Israel has become as sinful as Sodom (Jer. 23:14)—and is to suffer Sodom’s fate (Amos 4:11). (Request a free copy of The United States and Britain in Prophecy to prove who the descendants of Israel are in the end time.) But its similarity to Sodom is not merely in homosexuality. In Isaiah 3:9, God says, “The shew of their countenance doth witness against them; and they declare their sin as Sodom, they hide it not. Woe unto their soul! for they have rewarded evil unto themselves.”

This nation once had a historically unique and close relationship with God. And that is why God is warning them! But let all of us be warned. Jesus, while He walked this Earth, condemned the stubbornness of Israel—saying that if this message actually went to the original inhabitants of Sodom, they would have repented (Matt. 11:23-24). If we have heard this warning, God holds us accountable. We must act!

Homosexuality is an abomination (Lev. 20:13)—as is all sin unrepented of. If we continue to flaunt our sins, whatever they be, before God, He will inflict the fate of Sodom on us. But if we repent of our pride and strive to live God’s way—seeking His help to overcome—then we can be spared the destruction ahead.