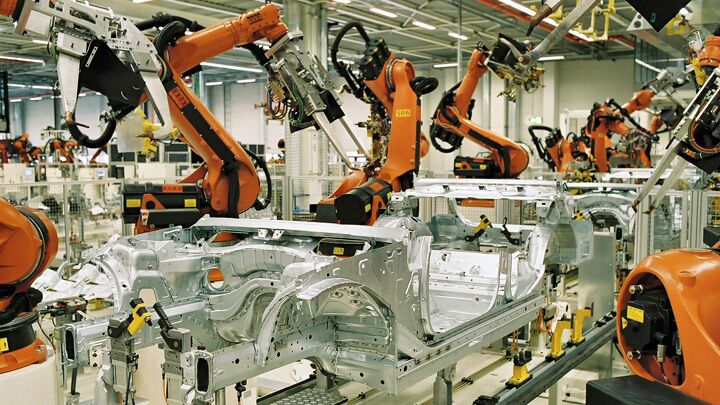 The Berlin government proudly declares, “Machinery and equipment (M&E) is the second-largest and most innovative industry sector in Germany. It is one of the technological motors that drive Germany as a high-tech nation, and one which combines all of the key future technologies including electronics, robotics, materials, and software” (“Industry Overview: The Machinery and Equipment Industry in Germany,” 2013/2014).

System integrators from abroad have set up shop in Germany, the beating economic heart of the eurozone, lured by business-friendly policies and incentives. The long-proven history of engineering ingenuity, efficiency and technological innovation continues in Germany amid continental economic crisis, positioning the country as the undisputed M&E kingpin.

Europe’s economic malaise has not slowed Germany’s M&E juggernaut: “With a new all-time record market turnover high of €209 billion in 2012, Germany’s machinery and equipment industry remains the strongest in Europe,” with growth of 2 percent projected for 2013 (Germany Trade & Invest).

The forum displayed M&E products, technologies and services. The German Pavilion enabled the industry leader to promote itself to system integrators and “provide free consultation on any phase of the investment process” (ibid).

The presence of Germany Trade & Invest in Istanbul was but one of numerous such ongoing continental and global endeavors aimed at attracting new business. The government agency offers free services to venture capitalists including location advice, legal and tax consultation, provision of statistics, government investment advice, and facilitation of recruitment and networking.

Not surprisingly, such success has enabled recent wage increases in the country, most notably negotiated by the IG Metall union. Nationwide wages are reportedly growing faster than the euro average. EU Social Affairs Commissioner László Andor has encouraged further German employee wage increases in order to boost domestic spending to help the eurozone.

The M&E success is underscored by other market sector expansion, combined with a robust job market fueling the government-led international media marketing campaign “Smart-up Your Business,” which is aimed at luring more job creators to the land of employment Lebensraum.

The Holy Bible prophesies of these very events, identifying Europe’s economic powerhouse as most venerated by the “merchants of the earth” (Nahum 3:16; Revelation 18:3, 11, 15, 23).

Gerald Flurry has drawn particular attention to the domineering of Europe by Germany. On the surface, the ever increasing overt actions of its elites appear to be just another business plan. However, such aggressiveness, exploitation, regional expansionism and blatant Euromart domineering points to an aggressive economic battle plan whose scope has disturbing, far-reaching, historic implications. To understand more, request Gerald Flurry’s shocking booklet Germany’s Conquest of the Balkans.