Experts say the Federal Reserve saved the economy from a near-death experience in 2008. But is Dr. Bernanke’s only medicine becoming a poison? 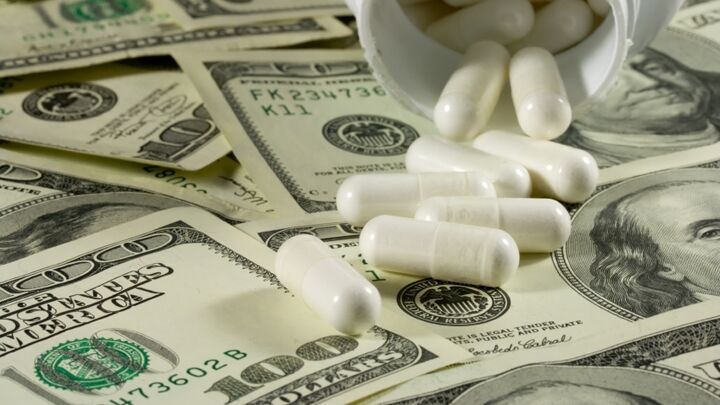 Experts say the Federal Reserve saved the economy from a near-death experience in 2008. But is Dr. Bernanke’s only medicine becoming a poison?

Emergency medication from the Federal Reserve.

When the Dow Jones hemorrhaged 25 percent of its value in less than a week, who plugged the wound? When consumers lost their jobs and reduced spending, who began offering intravenous loans at near zero percent? When foreign nations refused to extend additional money to Washington at artificially low rates, which emergency responder was first on site?

Give credit where it is due. If not for the Federal Reserve, the American economy’s medical chart would look totally different.

Yes, the Fed was complicit in the lead-up to the financial collapse. It allowed America’s big banks to stuff themselves with insane amounts of leverage. It also dogmatically refused to acknowledge the growth of a housing bubble. It encouraged unhealthy debt issuance and risk-taking.

But once the system finally went into cardiac arrest, the Fed succeeded in administering a dose of adrenaline that kept the patient conscious. So far.

Critics say what the Fed did was actually more akin to a drug dealer giving a crashing addict another massive hit. But hey, the junkie is still breathing, so at least credit the Fed for that.

So just what was this magic drug from the Federal Reserve? Dollars! Its prescription? Trillions! Its method? Create them out of thin air and inject them into virtually every organ in America’s financial system.

The results are visible: Stock markets are hitting new highs (despite high unemployment), the government bond market is yielding record lows (despite reduced credit worthiness), the housing market is bouncing (due to artificially low interest rates), and analysts are talking as if the economy may soon arise from its sickbed.

But whether or not you believe a lasting recovery is on the way, there is reason to believe the Federal Reserve will soon have its magic drug machine taken away. What would happen to America then?

If America can no longer print money to keep interest rates low, mortgages and car loans affordable and student loans subsidized, what happens? What if America’s debt-addicted economy has to start paying its own way, like the rest of the world?

That day is coming, and you won’t want to be there when the dollar drug runs out.

Who Needs the Dollar?

Evidence continues to build of the world’s effort to move away from its reliance on the American greenback. The more this trend grows, the greater the threat to the dollar’s value—and its usefulness as medication for America’s economic ills.

On April 12, Bank of France Governor Christian Noyer announced that France and China would set up a currency swap line to allow French companies to bypass the U.S. dollar for trade. It is China’s latest effort to bring on a post-dollar reserve-currency world. The idea is to turn France into the major offshore Chinese currency-trading hub for Europe—and to increase the yuan’s role in global trade.

China Daily reports that 50 percent of French companies have already used yuan-denominated products and services. But that percentage will soar when all other European countries are able to cut out the dollar middleman when trading with China.

As important as it is for France to increase trade with China, especially as Europe struggles through its debt crisis, this deal may prove to be even more important to China as it works to challenge the dollar as the world’s reserve currency.

The prospect of 317 million members of the eurozone and about 30 percent of global trade eventually conducted using yuan and euros instead of dollars may finally be fatal for the dollar. After all, why keep huge reserves of American dollars when they are not needed?

Earlier this year, Australia made two startling announcements: 1) that it was abandoning the U.S. dollar for trade with China; and 2) that it would rebalance its foreign currency reserves to invest in Chinese government bonds. As of April 10, the two countries no longer need the U.S. dollar for bilateral trade. Australian businesses can now conduct trade in Chinese yuan. And no longer do Chinese consumers need U.S. dollars to buy Australian goods.

Australian Prime Minister Julia Gillard noted that China is Australia’s biggest trading partner and that switching from the dollar is a “huge advantage for Australia.”

This Australia-China currency pact isn’t the only headache the dollar has experienced lately.

On March 26, China and Brazil agreed to cut out the U.S. dollar for approximately half of their trade. They will now conduct some $30 billion worth of commerce per year in yuan and reals. Brazilian Economy Minister Guido Mantega said the trade and currency agreement will act as a buffer against any unexpected ups and downs in the dollar on the international markets.

Less than a week later, China announced its participation in the joint brics bank initiative. Brazil, Russia, India, China and South Africa announced the creation of a new development bank that some analysts, like Warwick Business School’s Geoffrey Wood, say has the potential to rival the U.S.-dominated World Bank.

America’s other major ally in the Pacific, Japan, announced last year that it would also curtail its use of the dollar. In June 2012, Tokyo and Beijing began cutting out the dollar in bilateral trade. The initiative was announced as part of a broad agreement to reinforce financial ties between the world’s third- and fourth-largest economies.

“[T]he free lunch the U.S. has enjoyed ever since the advent of the U.S. dollar as world reserve currency may be coming to an end,” wrote popular financial blog ZeroHedge. “And since there is no such thing as a free lunch, all the deferred pain the U.S. Treasury Department has been able to offset thanks to its global currency monopoly status will come crashing down the second the world starts getting doubts about the true nature of just who the real reserve currency will be in the future” (March 31).

The drug is about to wear off.

As more nations seek dollar alternatives, America will become exposed to the simple economic laws of supply and demand. All those unneeded dollars will come flooding back on the market. Dollars that foreigners aren’t able to sell will be spent on snapping up American corporations and income-producing assets. And the dollar’s potency will plunge.

More importantly, the Federal Reserve will no longer be able to prescribe ever increasing amounts of dollars out of thin air to finance unsustainable spending and other “stimulus measures.” A huge chunk of the world market will no longer be locked into using and storing dollars.

When the next financial seizure strikes, the Fed may not be able to do much about it.

Printed money will become printed poison. Without global demand for reserve-currency dollars, money printing will cause the value of the dollar to plummet. The value of your savings will evaporate. Interest rates will spike. Credit and loans will become unaffordable, collapsing what is left of America’s consumer economy. Unemployment levels worse than the Great Depression will become a way of life.

When the next crisis strikes—and it is coming—don’t count on the Federal Reserve to medicate our way back out of it. The Fed’s money medicine has succeeded in keeping the American patient alive a bit longer, but the debt disease is still terminal.