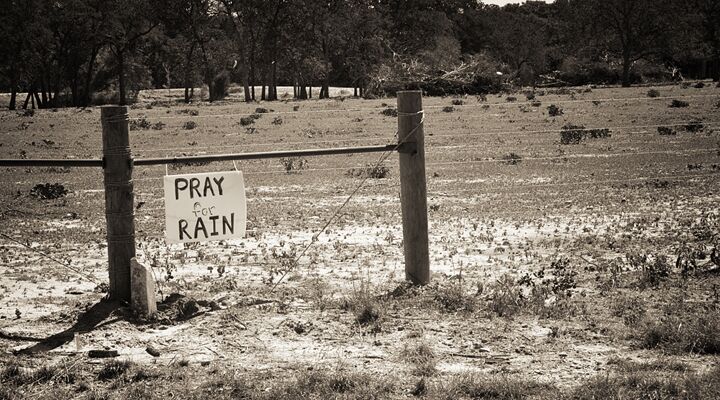 An effect of a three-year drought

The levels of groundwater in Texas’s aquifers dropped sharply between 2010 and 2011, according to a report by the Texas Water Development Board.

The report, published in February 2013, shows a sharp decline in groundwater levels in the state’s nine major aquifers. This is a major consequence of the ongoing U.S. drought.

Manager of the water board’s groundwater monitoring program, Janie Hopkins, said the drought has “affected even the groundwater levels to a greater extent than I’ve ever seen.” Ms. Hopkins expects the results for the 2011-2012 period—due for publication in August—to show a “continuing downward [trend] in the majority of [Texas’s observation] wells.”

The state of Texas has experienced the worst drought in the continental United States. Nearly 99 percent of the state is in “abnormally dry” or worse conditions, and almost 13 percent of it is experiencing “exceptional” drought conditions.

Water levels in the Ogallala Aquifer in the Panhandle region receded in 25 of its 26 observation wells, with a median drop of 1.8 feet and an average drop of 3.5 feet.

The Ogallala is Texas’s major source of underground water, and it stretches all the way from South Dakota, spanning eight states. It is a chief source of water for these states as well.

The conditions in Texas give a stark, microcosmic picture of 51 percent of the continental United States that is in moderate to exceptional drought. These conditions are not normal and are significantly worse than those in previous years, even as the Texas Water Development Board report concluded.

When water levels recede drastically, water needed for agricultural, industrial and domestic uses becomes a scarce and pricey commodity. Money and effort will have to be expended to lower pumps in wells or to drill deeper wells.

The situation in Texas, and much of the U.S., is a result of the now-rapid removal of the prophesied blessings that were once showered on this great nation.

To learn more about why the U.S. has to experience these weather trials, request your free copies of The United States and Britain in Prophecy and Why ‘Natural’ Disasters?