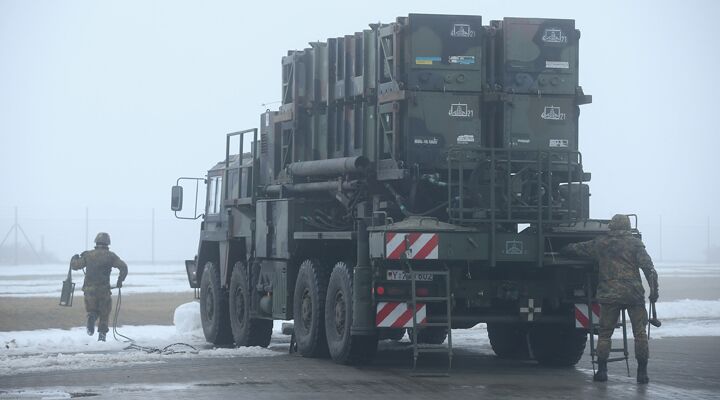 Berlin is working to create an anti-Iran alliance, and its boost in arms sales to Persian Gulf nations portends a shifting military culture, which could soon push Germany itself to rearm, Langley Intelligence Group Network said on April 24.

The report focuses on the “Merkel Doctrine,” as the German media terms it, which refers primarily to Berlin’s efforts to form a balance of power against Iran by arming Sunni Arab nations and Israel. The term is also taking on a secondary meaning about the increasing impetus for Berlin to move toward a more robust use of the German military.

Germany is already feeling early manifestations of a push against it by radical Islam. As the Trumpet has often pointed out, the biblical Prophet Daniel said this would happen in this modern era (Daniel 11:40). In response to this push—generated largely by Iran’s growing influence—Berlin is selling more and more weapons to Tehran’s enemies. In 2012, Germany sold almost $2 billion worth of arms to the six countries of the Gulf Cooperation Council, an increase of more than 100 percent from the previous year. That same year, Saudi Arabia spent nine times what it had spent the year before on German arms.

Among Germany’s other Middle Eastern weapons customers are Jordan, the United Arab Emirates and Turkey.

Germany does not choose its customer nations arbitrarily. These are all Sunni-majority states that are concerned about Shia Iran’s rise, staunchly opposed to its development of nuclear weapons and ready to band together in an attempt to prevent it.

This trend is significant because it is working toward the fulfillment of a stunningly specific prophecy foretold in the 83rd Psalm. This passage is about modern-day Europe—led by Germany—allying with Saudi Arabia, Turkey, Jordan and other “moderate” Arab nations. You can learn the riveting details of this alliance here.

The Langley report said that a rising percentage of Germans may be ready for Berlin to go beyond just arming Iran’s Middle Eastern opponents, and for Germany itself to prepare for military intervention. Here is an excerpt:

Merkel may be sensing a change in the mood of the electorate and adopting a new German national security strategy in an effort to be seen as a modern Bismarck. The idealistic “peace at all costs” orthodoxy in German politics is slowly giving way to something more pragmatic. Germans are generally beginning to accept that their government needs to take a more muscular role in foreign policy. … German views on war and peace are slowly evolving and the higher rate of arms sales to the Middle East is pushing a reluctant public to confront its fears of militarism. Some voters are embracing the notion of Germany as a stronger world power and leader. … Angela Merkel … senses that public opinion on the use of the military may be pivoting ….

Germany’s return to militarism, too, was foretold long ago. Bible prophecy makes plain that this trend will culminate in a German-led European military force destroying many nations with stunning Blitzkrieg power. For a study of the prophecies that illuminate this rapidly approaching reality, read Germany and the Holy Roman Empire.