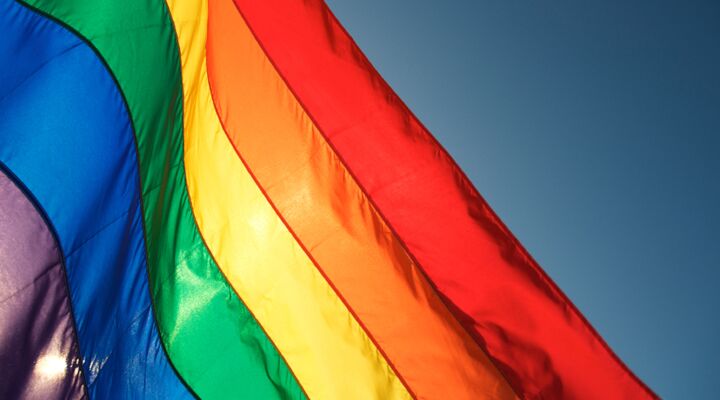 Public perception of homosexuality is undergoing a rapid, unprecedented change. Aggressive homosexual activism has shifted the fringe view to the center and shoved the center to the fringe. In March, as the Supreme Court considered two cases aimed at granting homosexuals the right to the legal status of marriage, the subject dominated the national conversation—with unambiguous bias.

One cnn talk show was held in a theater-in-the-round format, with the host—plainly pro-same-sex “marriage”—in the center at a table with a lesbian celebrity in a 12-year relationship. A man in the audience was given the unenviable task of defending traditional marriage in a noticeably unreceptive crowd. Welcome to modern America: a land of nationally televised bullying over homosexual “marriage.”

“I find it extraordinary that you … don’t want [this woman] to have the right to marry,” the host lectured the man. The two at the table asked the audience to voice, as a mob, their disapproval of the marriage advocate’s position, showing this man how outnumbered he was. The host concluded, “The idea that you want to stop people … from getting married in America in the modern era, I just find a bit offensive these days. It’s not fair, it’s not tolerant, it’s not American.” (The host is British, by the way.)

Public opinion at large is not nearly so enthusiastic for same-sex “marriage” as that cnn studio audience. Polls show that its supporters have just edged past half of the country. Nevertheless, it’s clear we’ve passed a tipping point. Suddenly, defense of traditional marriage—until recently a majority opinion in America—is something the mainstream media now feel able to characterize as out of touch and intolerant. News networks aren’t merely reporting; they are pushing homosexual “marriage” toward public acceptance using schoolyard intimidation.

It was just as instructive to hear this man’s argument for traditional marriage. “I think all Americans have the right to live and to love how they choose to,” he said repeatedly. His primary concern over the Supreme Court cases was not morality versus immorality, but states’ rights versus federal power. “It’s up to citizens to vote for what marriage is,” he argued.

Of course, popular resistance to same-sex “marriage” is in rapid retreat. A cnn poll showed that whereas in 2007, 60 percent of Americans were against it, that number has since shrunk to 47 percent. Soon enough, letting states vote on it will produce the same result as a Supreme Court shortcut.

Only 16 years ago, a liberal, Democrat president signed a law to ensure the federal government defined marriage as a male-female union. The Defense of Marriage Act was passed by large majorities in the House and Senate. Now, Bill Clinton says it was a mistake. The current administration says doma is unconstitutional. Eight federal courts have agreed. Most observers believe the law is about to be killed. After all this time, we’ve suddenly recognized that defining marriage as a male-female union violatesthe founding document of the country.

And—they have absolutely won the argument that the Bible has no place in determining public policy or law. Discussing the Supreme Court cases, a major Fox News personality said disdainfully that same-sex “marriage” opponents’ only argument is to “thump the Bible.” Yes, as much as the Constitution is under attack, the Bible’s status is far worse. “While most politicians take their oaths of office on the Bible, many of them prove by their actions that they don’t believe, or follow, what’s in it,” wrote Cal Thomas recently. “Better they should place their hands on Rolling Stone or People magazines, which more accurately reflect the direction and attitude of contemporary culture.”

Where did marriage come from? The Bible. It was created by God at the beginning of human history, in the second chapter of Genesis. The laws defining and governing marriage are contained throughout its pages: restricting sex to marriage; forbidding divorce; placing the man as the head of and provider for the family; enjoining parents to love and teach their children; putting children under the authority of their parents. People can vote on these things if they’d like, judges can ignore them, governments can define and redefine. But God’s laws of marriage do not change.

When we break those laws, we suffer. To see the proof, just look around. Our “traditional” marriages have trashed God’s laws to the point where fornication, cohabitation, adultery, divorce, shattered homes and fatherlessness are epidemic. Many people recognize the resulting crises and are desperate for answers: how to have harmonious marriages; how to control wild kids; how to bring sanity to their home lives. Sadly, too few look to the Creator of marriage and family for answers.

Advocates of same-sex unions are completely ignorant of how marriage even came to exist. They ignore God’s wisdom in creating humans to reproduce through male-female sex, which He safeguarded within marriage so every child would grow up with his father and mother, having strong male and female role models. They have no idea of the profound, inspiring purpose for which God created marriage and family in the first place.

They can dress up what they’re doing in the language of love, and say it will help “fix” marriage and family. But this bullying, freight-train crusade to stretch the definition of marriage is a supreme example of a “solution” far worse than the problem.